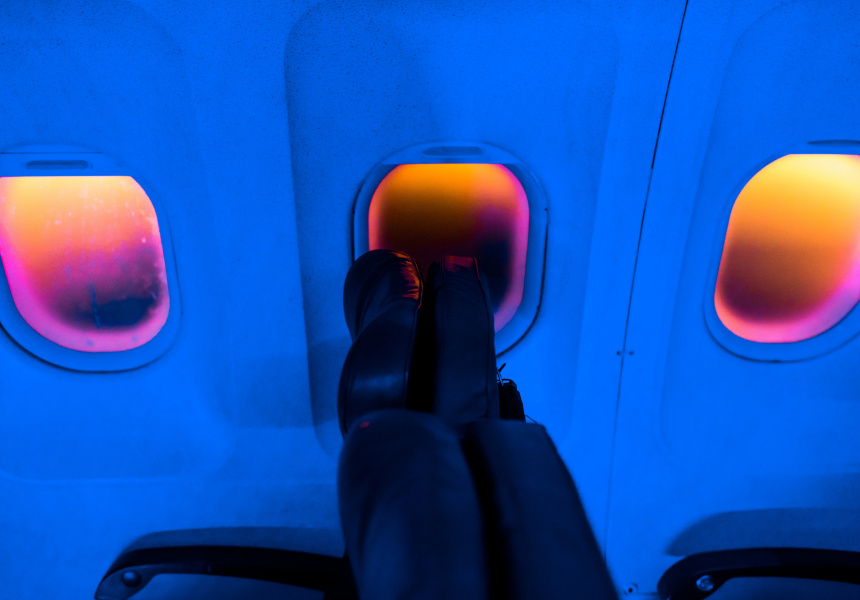 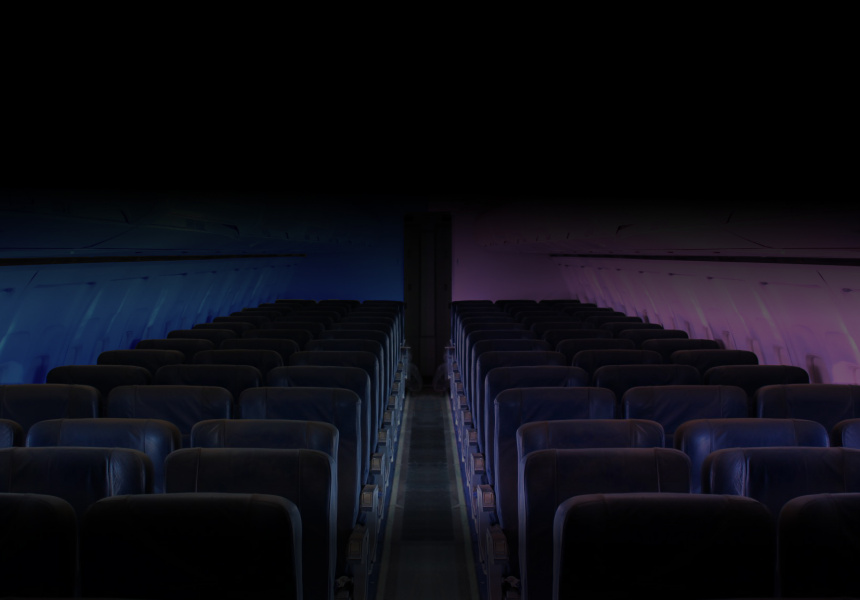 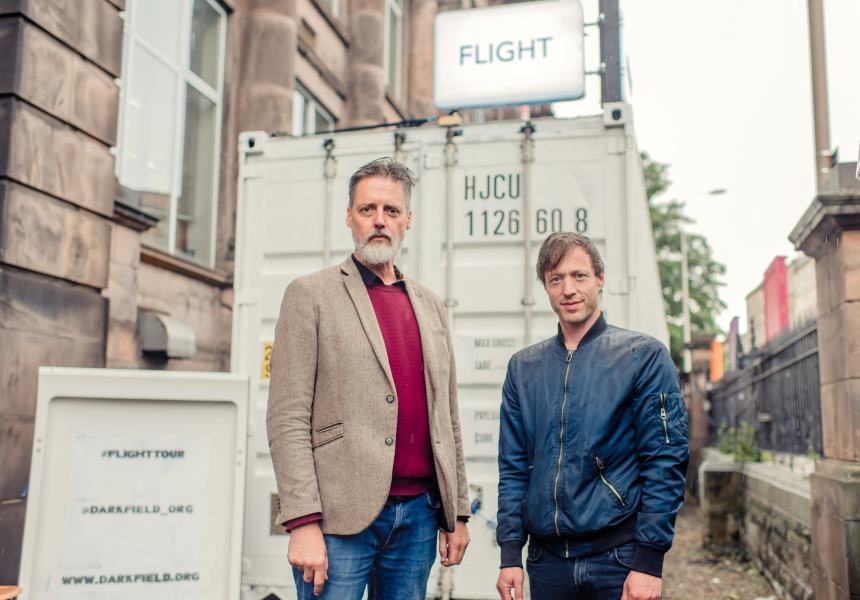 Amid the carnivalesque atmosphere of this year’s Garden of Unearthly Delights sits a white shipping container. Inside, it’s decked out to replicate an Airbus 320. Like any flight, passengers are handed boarding passes as we shuffle into the cramped cabin. Once we've taken our seats, we adjust our headsets and a flight attendant welcomes everyone aboard via the overhead speaker.

It’s a familiar scene. But as the muffled inflight announcements become increasingly more disturbing, it is apparent that this plane may not land safely. The grumbling sound of turbulence reverberates through the cabin and all the lights go out.

The team behind Séance – UK immersive-theatre company Darkfield – has returned to Adelaide Fringe with its newest unsettling performance, Flight. After its debut season at Edinburgh Fringe last year, creator David Rosenberg, in collaboration with Australia’s Realscape Productions, has brought the experience to the Garden of Unearthly Delights for the entirety of the Fringe.

“If you remove the image, the way that you’re able to play with the other senses is really interesting,” says Rosenberg. “It is the audience’s imagination that allows these performances to work and makes it oddly personal.”

Underpinning it all is the theory of quantum mechanics. Those who subscribe to it claim that “if at any point there is more than one potential outcome of any event, both of them happen but they will happen in different worlds,” says Rosenberg.

It’s unclear which one we're experiencing, until the end. But take comfort knowing Flight doesn’t petrify its audience so much as leave us feeling uneasy, dwelling on what could have been in another world.

Flight is at the Garden of Unearthly Delights until March 17. Tickets are available online.