An Iconic Australian Satire of Toxic Masculinity, Reimagined With an All-Women Cast

State Theatre’s latest takes on David Williamson’s famous footy satire The Club, at a time when the AFL and AFLW are under the microscope like never before. 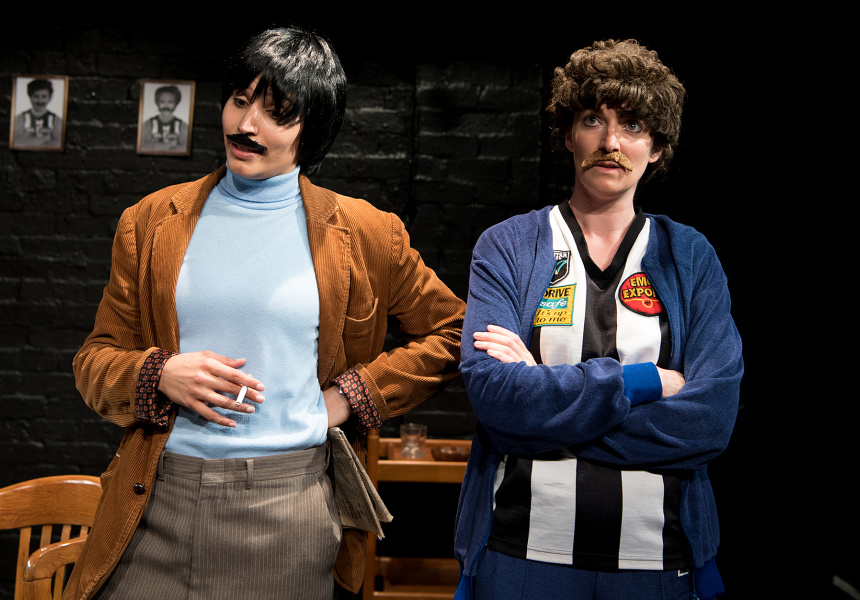 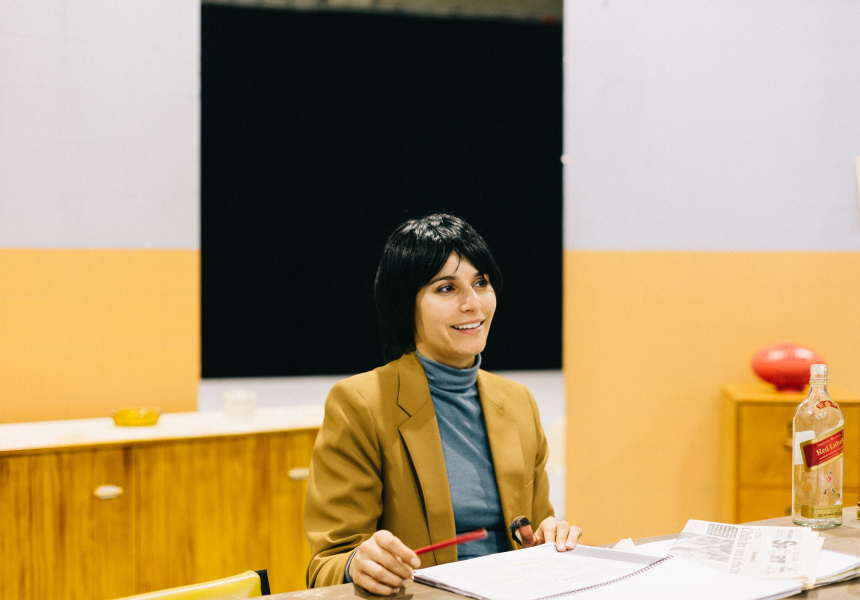 “A football club on the brink of change; the old guard is being called into question and a new path must be paved.”

That’s the logline for State Theatre’s new production, The Club, a razor-sharp reimagining of David Williamson’s 1977 AFL satire. But it could just as easily describe the changes happening in footy right now.

It’s impossible not to view the absurd but searing comedy – which exposes men’s machismo and the toxicity of male-centric sporting codes in 1970s Australia – through the frame of the #MeToo movement, the rise of AFLW, and its sad, vicious detractors.

The play first premiered in 1977, but in today’s Australia, where a photo of AFLW player Tayla Harris kicking a goal can attract a barrage of abusive online comments, and racial slurs are still directed at Indigenous players, its words resonate loud and clear.

Under director Tessa Leong, actors Louisa Mignone, Ellen Steele and Nadia Rossi – of independent Adelaide theatre company isthisyours? – flip the script on Williamson’s play without changing a word (a stipulation of the prolific playwright). The play’s is a world where casual violence, misogyny, homophobia and racism is accepted.

“As soon as you say those words as women, that’s a comment in itself,” says Mignone. “You’re hearing it differently … It makes you really think about the content and the conversations that are happening in a different way. You wouldn't get that if it was just straight men playing these roles, as it was intended.”

“It was less about being women wanting to take on David Williamson and more about having a new conversation as a company with an extant text, which we hadn’t done before,” says Leong. Before then they had only performed their own work. “So it was exciting for us to go, ‘What is it we can do as a company that’s approaching a work that’s already part of the canon? … I was leaning toward reading male playwrights with strong male characters.”

Leong felt “there was something that would happen” in adapting a known, male-centric text as women. Particularly one that takes place in the ’70s.

“The initial impulse was, ‘How do you get an audience to re-hear or re-see something they feel like they already know?” she adds. “There were actually people in the Sydney season mouthing the words along with the actors – that’s how well they knew it.”

The “lo-fi, independent” version staged downstairs at Sydney’s Belvoir Theatre last year had mixed reviews. The team has tweaked a few things since. “We’ve been able to refine and address some of those things we thought weren’t as strong in the Belvoir season,” says Leong. “Growing it for a new audience and developing the ideas in a stronger way.”

The play follows a football team facing the commercialism of the sport: “When it moved away from being VFL and community to being big business, big money and trading players, which was new then,” says Mignone. “It encapsulated a real shift in the values of the sport.”

It’s the second State Theatre show in 14 months to look at the dark underbelly of the AFL. The similarly titled In the Club, by esteemed playwright Patricia Cornelius, was staged as part of the 2018 Adelaide Festival.

Williamson will see the adaptation for the first time next month. And he’s looking forward to the nuances the new cast will bring. “As my aim was to satirise males behaving badly, who better to make the satire even sharper than a very talented team of female actors and/or comedians?” he says.

“They, like all women, have had to endure male bad behaviour all their lives. I anticipate that all men, including myself, will be doing a fair bit of squirming in our seats.”

The cast of three (who between them play six roles) manspread and swagger about the stage while wearing wigs and stick-on moustaches.

Mignone is no stranger to switching up gender roles. In Angelique, by isthisyours?, she played both a father and a teenage girl. And as Adelaide’s one-degree of separation would have it, this writer remembers her performing in drag in high school – as (Eric Bana’s Full Frontal character) Poiter. I remind Mignone of this memorable breakout role.

“I’ve always loved drag,” she says, laughing. “I’ve obviously been doing it for a while! That gender play is really fun. Going to an all-girls’ school, I remember doing A Midsummer Nights Dream, and you had to step into the men’s roles and it seemed so normal for me to play the man. I remember going to drama school with these guys [pointing to Leong and the rest of the cast] and having women’s roles and going, ‘Why can’t I play Demetrius in Midsummer’s? That was really fun’.

“It was nice to explore that in this company and grow that idea of gender play. As an actor it’s just … another character.”

It’s worth considering that, until recently, most roles for women have been remarkably one-dimensional – the wife, the girlfriend, the daughter – characters that merely exist to advance the story of a man.

“We’re getting better … but … it’s still not quite at the same level,” says Mignone. “Reading this play, what’s so fun is, men are so big. They take up space. They’re allowed to get really angry and up in each other’s faces. And it doesn’t happen as often with females. It still shits me when you look at a byline and you go, ‘Oh, she’s just a pawn in his story. She has no real agency’.”

“I guess the thing we really want to know is, what’s next? How do we pave a new path? How do we feel like it’s not unusual for us to have a whole creative team that’s women? How do we not get asked why we’re doing it as a female company? How do we forge a new way in this time in the world where there’s a huge growing awareness around systemic issues in power structures and people exploiting that power? How do we restructure and rebuild things to be better and collaborate and discuss things so we can do better at everything?”

“How do we get to a point where that Tayla Harris picture isn’t [considered] weird?” interjects Mignone.

“So we’re not going to give you the answers,” she adds with a wry smile, almost in character. “Like good theatre does, we’re going to throw up the questions and let us move forward together as a group.”

David Williamson’s The Club: an all-female, 3-actor version is at Space Theatre from April 5 to 20. Tickets are available online. An Off-Stage party will be held on April 18 at The Golden Wattle. More details here. 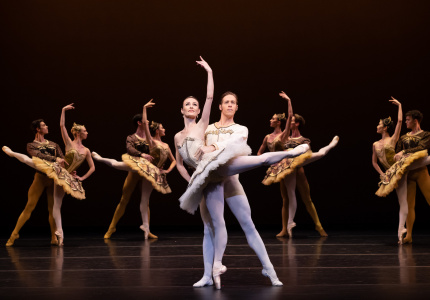 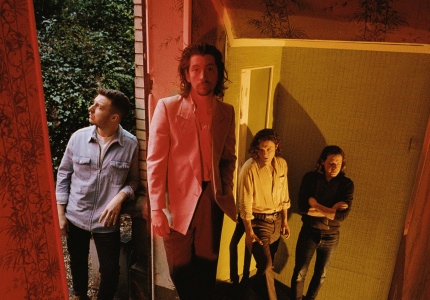