How I Got My Job: State Theatre Company Executive Director Jodi Glass

Jodi Glass holds one of a small handful of the most influential jobs in Australian theatre. In partnership with Hostplus, we find out how she got a senior job at South Australia’s State Theatre Company. 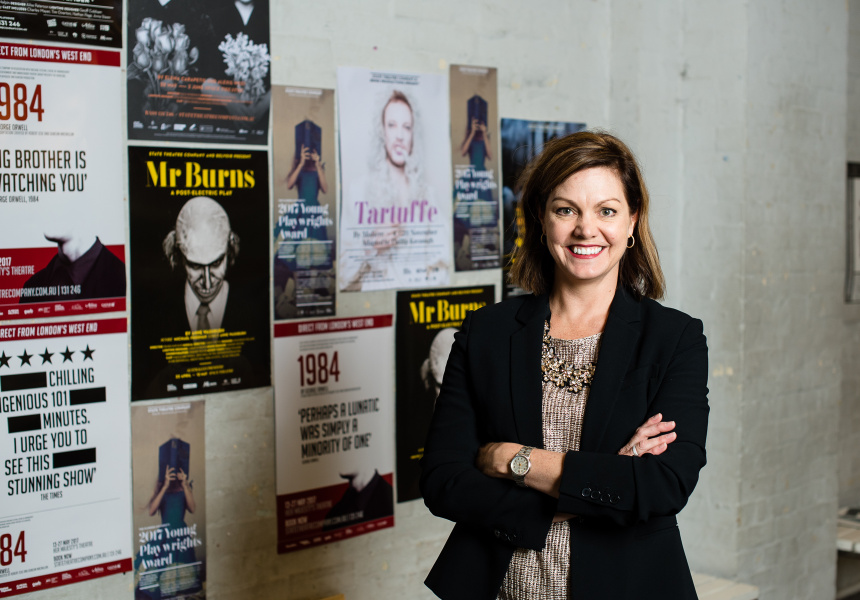 Growing up in Geraldton, 450 kilometres north of Perth, Jodi Glass had limited access to the arts. Her mother worked in a kindergarten, her father was an engineer, and her brother became an F/A-18 Air Force pilot. Glass was different. She wanted to be an actor.

“My parents took me to see a show by Philippe Genty, a world famous puppeteer and visual theatre maker from France,” she says. “I was transfixed. It grabbed my heart and my guts and I thought, ‘This is what I love’.”

Glass managed to land a work experience role at Perth’s Playhouse Theatre. Over the next 10 years she juggled it with study.

“I did a double major in theatre studies and creative writing (at Curtin University) with a minor in literature,” says Glass. “I did acting, produced plays; it was the full range of experiences in creating live theatre.”

Glass continued through an honours degree, a masters and then a PHD in feminist philosophy. While not directly linked to theatre, she sees it as crucial to her career path.

“It taught me a suite of critical thinking skills,” she says. “Skills I still apply daily in my job.”

Unsure of life as an academic and concerned about her increasing distance from the arts world, Glass remembers receiving a serendipitous call from mum.

“She told me there was a job going in the Queens Park Theatre in Geraldton where I grew up,” she says. “Mum said, ‘It’s assistant to the manager. I think you should go for it.’ I said, ‘I’ll never get it.’ But she kept nagging me, as mums do.”

The nagging drove Glass to apply. “I’ll always remember that in the interview I declared I was a feminist,” says Glass. “Then the guy who was interviewing me declared he was a Marxist. Should all aspiring theatre administrators march into job interviews declaring their strong opinions? Probably not, but do show your passion. I got the job.”

Glass would move on to secure the role of programming fellow at the Adelaide Festival Centre, and in her late 20s, a residency at Setagaya Public Theatre in Tokyo – a renowned Japanese performing arts venue.

After a year abroad, Glass returned to Australia to take on a major industry role: CEO at the Adelaide Fringe Festival.

“I had to swallow my fear,” she says. “Even though I was younger than most of the staff, I had to quickly earn their respect.”

Glass made some early mistakes, including losing a major file because she didn’t press save. But in hindsight she views them as necessary lessons.

“It’s important to give yourself permission to make a mistake,” she says. “You only learn from making mistakes.”

Her time at Fringe inspired Glass to strike out on her own. In 2007, she founded the Slingsby Theatre Company in Adelaide, where she spent nine years as executive producer. Through “ingenuity, creative thinking and determination”, Glass made the most of limited resources.

“My time at Slingsby taught me anything is possible,” says Glass. “But it was challenging. There are so few resources in a small theatre company trying to excel and tour its work around the world.”

Glass’ experience didn’t go unnoticed. Her work with Slingsby and Fringe brought her to the attention of both the State Theatre Company and the SA Minister for the Arts, who named Glass one of Adelaide’s “best, brightest and most adventurous home-grown arts administrators.” In December 2016, Glass was appointed executive producer of the South Australia State Theatre Company.

Glass says there’s no quick path to a senior role in the arts. As she puts it, “I’ve had 20-plus years of on-the-job training.”

The arts manager advises anyone aspiring to a similar career to “be brave, grit your teeth, and take action. Have a strong, clear vision of who you are and the path you want to travel. When you know who you are, it’s easier to set a course and avoid pitfalls.” 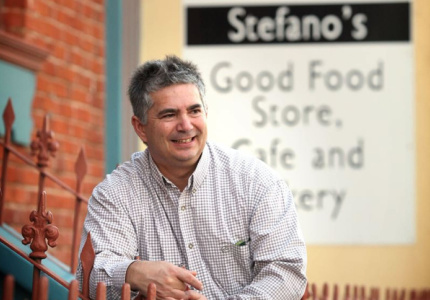 What I Love About Hospitality: Simon Kardachi From Photographing to Getting Lost in a Forest: Charlie Lawrence

What I Love About Hospitality: Simon Kardachi

From Photographing to Getting Lost in a Forest: Charlie Lawrence