Hear the Stories Behind Popular Asian Dishes, Then Eat Them, at OzAsia’s Double Delicious

The ultimate dinner and a show brings together five performers – including celebrity chef Elizabeth Chong and writer Benjamin Law – who share the stories behind the food that’s been significant to their lives. 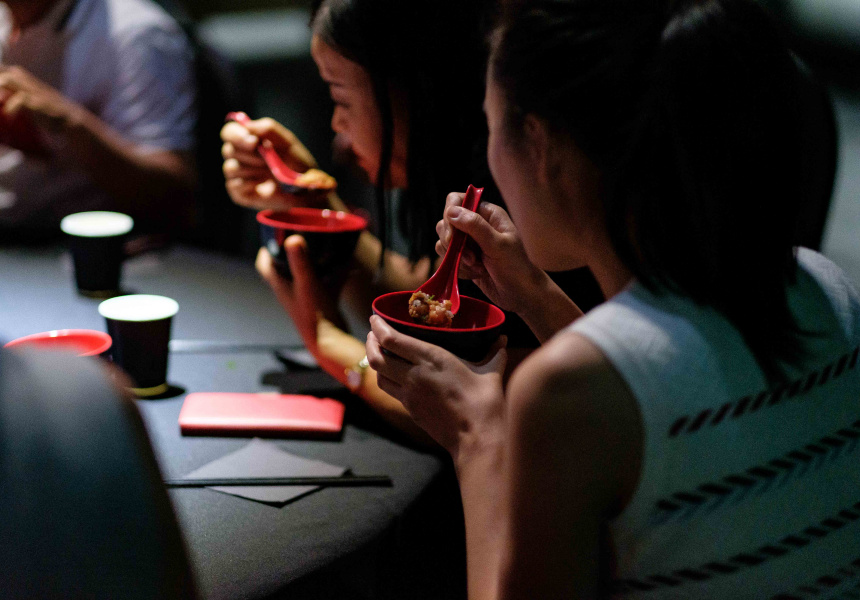 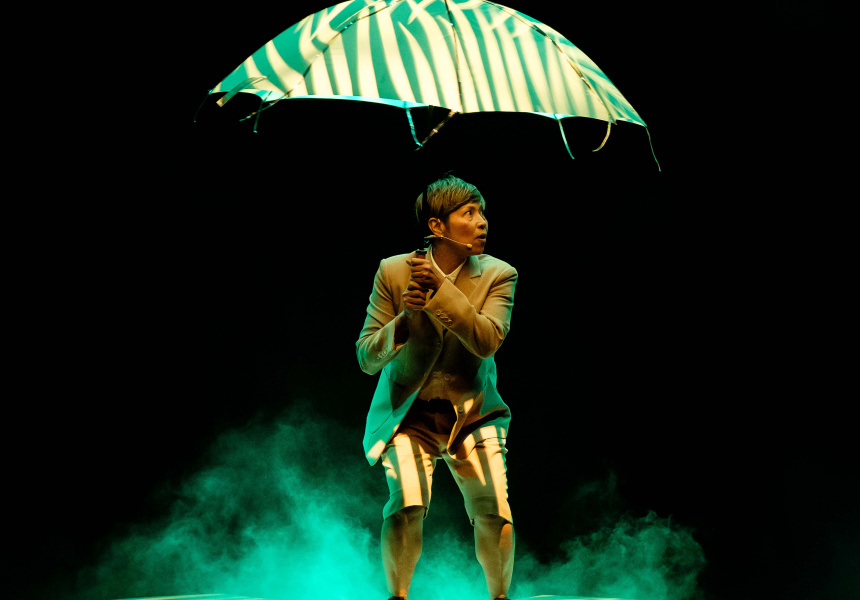 Most Order of Australia recipients remember their award ceremony with undiluted pride. But for celebrity chef Elizabeth Chong there was a dash of surprise thrown in as well. “I was at Government House to get my award and when I moved towards the stage to meet the governor she bent over and whispered to me, ‘I’m one of your students and I still cook your black satin chicken’,” the legendary Chinese-Australian chef recalls.

Victorian Governor Linda Dessau was one of the tens of thousands of students whose introduction to Chinese cuisine came at Chong’s eponymous cooking school after it launched in 1961. And black satin chicken, named after the glossy sheen of the cooked protein, has proved to be one of her most enduring dishes. Adapted from a recipe by a renowned Hong Kong chef, it’s a simple dish she passed on to all of her children and, “soon I think a lot of other people will be able to cook it as well,” says Chong.

That’s because it forms the centre of her performance at Double Delicious, a show at this year’s OzAsia festival that invites five prominent Australians of Asian descent to present a dish that’s close to their hearts. These five storytellers – “kimchi master” Heather Jeong and writer Benjamin Law among them – share the (often humorous) stories behind the dish’s significance before audiences get to taste it for themselves.

“I have to admit to being a bit annoyed at times when people think that Australia’s this successful multicultural country because we have so many different types of cuisines … But the engagement sometimes doesn’t go any deeper than that,” OzAsia’s new artistic director Annette Shun Wah told Broadsheet in August. Double Delicious combats that by providing context behind the meal. “It’s presented in a theatrical context; it’s dark and the audience gets so engrossed, and when the story finishes, suddenly in front of them is the dish that they get to eat.”

For Chong, sharing the stories attached to her cooking is natural and she’s always seen food as an entry point to a deeper understanding of Chinese culture. “I gave my students a lot more than just recipes,” she recalls. “I opened a window into China. In my family, life centred around food and it was very important part of how we communed as a family. So I would tell them stories of growing up in a Chinese home with mother’s wisdom and provide a better understanding of Chinese culture as well as the food.”

Chong’s mother did most of the cooking at home, but her father also worked in the food industry – he is reputed to have started the first dim sim factory in Australia – and spent several years living alone in his adopted homeland after Chong’s mother and two of her older siblings were deported under the White Australia policy. Since arriving in Australia as a three-year-old, Chong has straddled multiple worlds and during the ’90s was one of Australia’s most recognised chefs. The 90-year-old has plans to chronicle the entire journey in an upcoming autobiography, but insists that her story is far from finished.

“I still have this passion and this love and devotion to my food,” she says, before quoting an old Chinese adage: “Food is the only joy that lasts a man’s lifetime.” But despite decades of experience as a cook and a performer, Double Delicious is an entirely new experience. “I’ve never performed onstage before,” she says, laughing that this is the first time she’s had to work to a script (albeit one she wrote herself). “I’ve performed cooking demonstrations and done teaching and lecturing and guest speaking, but this is different, this is really theatre – lights, action, music – and it’s incredibly exciting.”

OzAsia has just released extra tickets for Double Delicious, which runs from October 28 to 30 at the InterContinental Adelaide.