An expanded program of free and ticketed events will combine art, music and technology in large-scale, immersive and interactive public installations and light projections. Plus, the return of experimental music festival, Unsound. 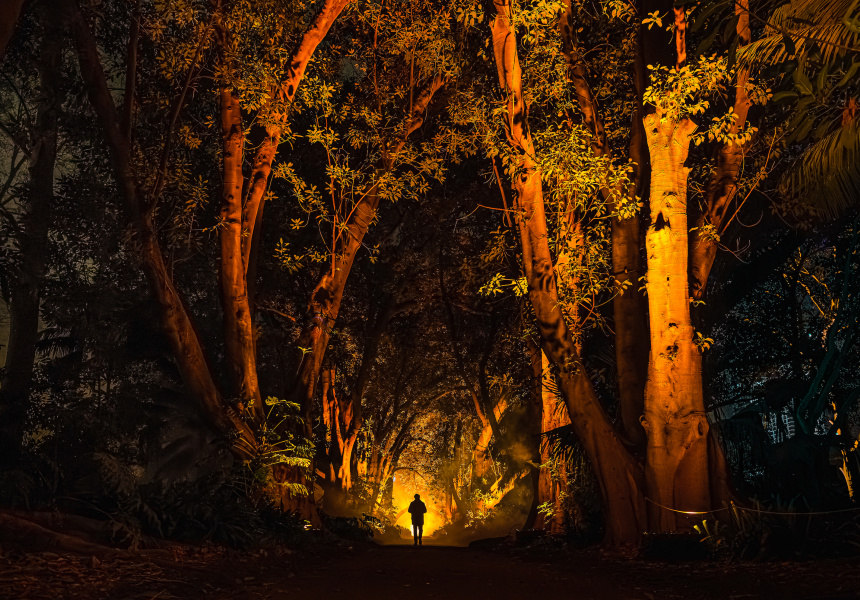 In what will be one of the first major international tours to come to Adelaide since the pandemic, genre-hopping virtual band Gorillaz will headline Illuminate Adelaide in July.

The show, at the Adelaide Entertainment Centre, is part of the band’s first Aussie tour in over a decade. The group – created by Blur frontman Damon Albarn and comic creator Jamie Hewlett and backed by animated avatars 2-D, Murdoc Niccals, Noodle and Russel Hobbs – will be in Australia to headline Splendour in the Grass, with sideshows already scheduled in Sydney and Melbourne. They’ll perform in Adelaide with a 20-piece ensemble led by Albarn and an army of collaborators, playing tracks from their seven-album catalogue.

Illuminate, whose inaugural program debuted last year amid some wild weather and a snap seven-day lockdown, is back with an extended program in 2022, lighting up Adelaide from July 1 to 30 with more than 150 free and ticketed events, including world premieres and Adelaide exclusives, merging future technologies with art and music.

“We are delighted to announce for 2022 an expanded program of experiences, installations, and performances showcasing the very best examples of the convergence of art and technology our city and the world has to offer right now,” co-founders and creative directors Rachael Azzopardi and Lee Cumberlidge said in a joint statement.

A major highlight of this year’s program – following on from Van Gogh Alive last year – is Wisdom of AI Light by Istanbul-based Ouchhh Studio. The Australian premiere and Illuminate exclusive is an AI-driven, multi-sensory experience in a massive, specially designed projection pavilion that’ll be constructed in Adelaide’s east end. The immersive work reveals “data paintings” of extraordinary scale, taking viewers on a journey through art and science from the Renaissance, with a focus on the works of Leonardo da Vinci, to the future.

Another Australian premiere, operatic video installation We Will Slam You With Our Wings, steals from some of history’s most notoriously sexist speeches and recasts them into a feminist war cry performed by six young girls, each from a different continent. The seven-channel video work will be free for audiences to view in the Mortlock Wing at the state library.

Experimental music festival Unsound Adelaide – a pillar of David Sefton’s four-year tenure as Adelaide Festival director – returns to Adelaide with a two-day program at the Dom Polski Centre featuring Melbourne noise act My Disco, Stephen O’Malley of doom outfit Sunn O))), post-punk duo Htrk and more cutting-edge artists from around the world. The festival, which champions leading underground club, noise, techno, grime, post-punk, drone, footwork, dubstep and more, began in Krakow, Poland, in 2003 and has since been held in New York, London, Toronto and Adelaide. After the gigs, on July 22 and 23, the music will continue at The Lab, which will become an underground club, with DJs playing from 11.30pm till 5am.

Illuminate Adelaide will run from July 1–30, 2022, in locations around the CBD. Tickets are available online.