A Festival and a Half

Half Strange, one of Adelaide’s most eclectic celebrations of live music, returns for a second year. 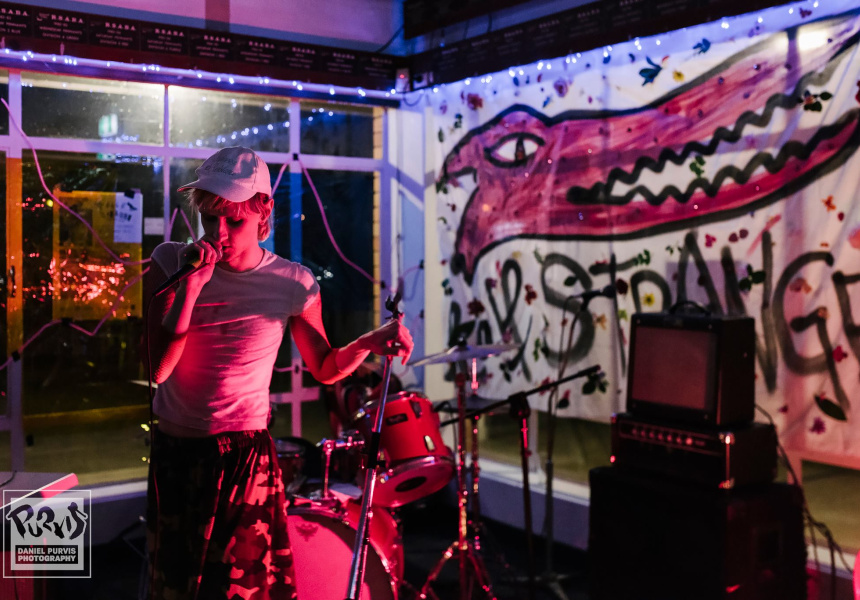 Last year, a brand new music festival burst onto the Adelaide music calendar and shook the city with its boundary-pushing, multi-genre line-up. In 2017 Half Strange returns, promising an even wilder weekend of music from some of Australia’s most compelling contemporary artists.

In a musical climate where male-fronted acts regularly dominate festival bills, the pair has put together an inclusive and diverse line-up – most of the bands are fronted by women or otherwise feature non-cis artists. “I’ve been putting on shows for a long time but back then I never really had to think about gender representation, even as a female,” says Aldahn. “It’s something I gradually became more aware of and concerned about. Now it’s something I wouldn’t want to sacrifice.

“It’s really important to be able to ‘see yourself’. Why would people want to go to something if they don’t see themselves represented [on stage]? That doesn’t mean that every single person on the show has to be from an underrepresented group but it’s important to be conscious of [visibility].”

Affordability is important to Aldahn and Fraser-Barbour, too – they’ve kept the weekend pass at $30 to ensure the festival is as accessible as possible.

“What I love about live music is having an opportunity to connect to people and to support other musicians,” says Aldahn. “Last year’s festival was really well attended. It was good to see lots of different music communities represented and to see people just coming together.”

The line-up is geared towards electronic music, such as the lo-fi synth-pop of Greta Now (Sydney), the hypnotic sounds of local Allume and the dance-driven and industrial beats of Rebel Yell (Brisbane). You can also expect some indie rock and alt-country courtesy of locals Little Dust and Workhorse.

“I’m really excited for Angie [Sydney] in particular,” Aldahn says. “Her recent album, Shyness, was written on a residency in Brazil, in a studio without electricity. It’s so haunting. Nun [Melbourne] hasn’t been here in five or six years, so that’s exciting as well.”

Each night of the festival will be represented by a unique poster designed by a young Australian artist, adding to the grungy, ad-hoc and eclectic vibe of the festival. There will also be an exhibition of photography at The Metro, featuring the work of Aldahn and other local photographers.

Half Strange II runs from September 29 to October 1 at Ancient World, Holy Rollers Hall and The Metropolitan Hotel. The full program and tickets are available online.