“You feel like you’re the only person in the world that has ever gone through this because people just don’t talk about it.” 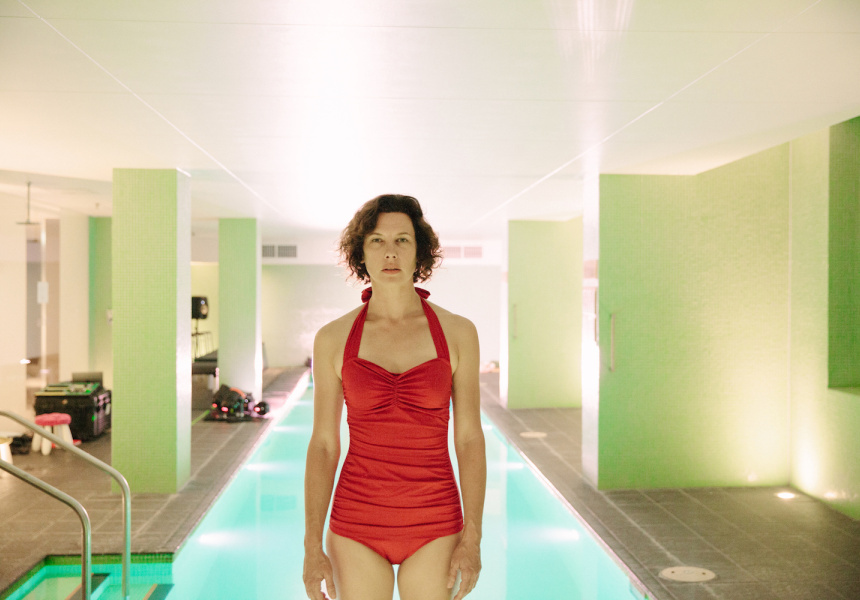 In June 2016 she came head-to-head with exactly such a story.

When her unborn baby was diagnosed with Down syndrome, Steel decided to have an abortion. By August she was writing a play about the experience and the result was one of the hits of last year’s Adelaide Fringe. 19 Weeks sold out its season and won the Best Theatre Award.

“It felt quite important that if I was going to write this play, I needed to write it quickly,” she explains. “There’s a detail to recent memories and there’s a rawness to recent emotions and emotions that you’re still experiencing that I think would have been lost had I not written it quite so quickly, and it felt important to capture that.”

19 Weeks is an intensely personal work, staged for an audience of 20 seated around a hotel pool. Steel laughs as she says that the production is definitely not financially motivated. Nor was it a way for the playwright to work through her emotions, as might be expected. For Steel, the writing process was the beginning of a journey – reliving the painful experience was difficult, but watching an audience engage with it proved therapeutic.

“When you have an experience like that and you make a decision like that, you worry that people are going to judge you. And I think the responses being as positive and as empathetic as they were taught me a lot about the kindness of people, and understanding.

“Part of what makes experiences like that more difficult is that they’re very isolating. You feel like you’re the only person in the world that has ever gone through this because people just don’t talk about it. The motivation for doing the show was that it would help people hopefully feel less alone, to open up a conversation and have people talk about these things.”

The intimate setting has meant audiences were able to do just that, and it’s a conversation that will continue beyond the Adelaide Fringe. Since last year, local composer and musician Josh Belperio has created new music for the performance, and Nescha Jelk has come onboard as director. She’s just finished a season in Perth as part of Fringe World, where the show was nominated for the Theatre Award, and it will head to the Edinburgh Fringe later in the year.

On top of that, the BBC has recorded a version for radio that will be broadcast later this year, and a Canadian theatre company is considering staging a production with a new director and actor. Steel has been in discussions with them about how this might look, and is surprisingly comfortable with letting such an intensely personal story go.

In the current performances, Tiffany Lyndall Knight is at the helm of the one-woman show – Steel’s intention was never to tell the tale herself. It’s important to her that the audience is able to separate the story from her experience of it. She also reasons: “playwrights probably have more experience of letting go – that’s part of the process. When you’ve written something you kind of have to hand it over and see what the director and the cast make of it.”

Steel is also looking at taking 19 Weeks around Australia. Because it’s written for such a small audience it’s a tough commercial proposition, but she’s trying to make it happen. And then, it’s time to look at the other projects she’s working on.

There are pieces in development for Country Arts SA, the State Theatre Company and local experimental feminist theatre company Foul Play. As she puts it, “I’ve got quite a lot to do.” That means it’s worth getting in early for 19 Weeks while it’s still around, because there’s no guarantee that it will be back for a third year.

19 Weeks runs from February 27 to March 17 at the Adina Basement Pool in the Adina Apartment Hotel. Tickets are available online.