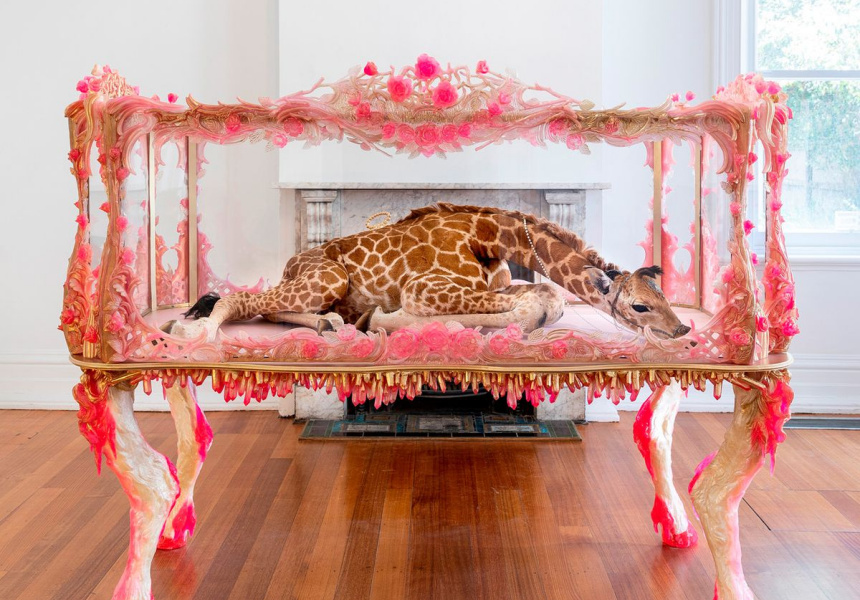 A giant design market, knock-offs at your favourite cafe and free pizza – here’s what Broadsheet Adelaide editor Daniela Frangos will be checking out this month.

Mother’s Day is around the corner and if you, like me, are yet to sort a present (sorry mum!) this weekend’s Bowerbird Design Market is a very good idea. More than 200 makers (meet one of them here) from across the country will exhibit their wares, from glassware, ceramics and hand-forged knives to environmentally conscious clothes and natural skincare. Get a gift for yourself while you’re at it. But remember to bring an extra-large tote for your finds.

Since opening just under a year ago Sibling has become an integral addition to Adelaide’s brunch scene. The Gilles Street favourite is a go-to for expert coffee and simple but thoughtful breakfasts and lunches. So it was happy news to get an email from owner Caitlin Duff last week letting me know they’re keeping the doors open a little longer. The cafe has started trading until 6pm on Fridays and Saturdays, and better yet, a shiny new liquor licence means booze and bar snacks. Now you don’t have to cut your brunch dates short. Stay through the arvo sipping Ngeringa wines, Mismatch beers, or “Sibling-style” cocktails – think Quince Whisky Sours and G&Ts (featuring Never Never gin) with feijoa, lime and mint or rosemary and pepper. Chef Aaron Caphorn has introduced a menu of vegetarian small plates, too, including jerk beans, and fried Lost Loaf sourdough slathered with paprika butter or baba ganoush.

If you haven’t made it into Madame Hanoi for its spicy new chilli festival there’s still time. The French-Vietnamese bar and bistro is hotting up its repertoire until May 12 with a fiery feast of crispy chicken wings, cayenne pork skewers, spicy beef bao and more – all with extra heat (try the notorious “Carolina Reaper” chilli if you dare). There’s even chilli in the drinks: stick with the theme and sip on a Chilli Mai Tai, or temper the tastebuds with a Cucumber Cooler, the only spice-free item on the menu.

If dumplings are more your vibe, there’s a festival for that too. Gilbert Place bar Red October is hosting a Russian dumpling festival with a special menu running alongside the usuals. For two weeks you can get your hands on traditional pelmeni and vareniki stuffed with beef, pork, potatoes, seafood or venison, plus fried dessert dumplings filled with cherries, ricotta and chocolate. There'll also be pleated, Georgian-style variations – called khinkali – filled with beef or cheese and herbs. If you’re after long-term dumplings, there are cooking classes with the head chef, too.

Like free pizza? Of course you do. Prospect’s Anchovy Bandit is the place to be this month, then. Oliver Brown and Alex Bennet’s good-time neighbourhood bar is celebrating its first birthday on Sunday May 19 and best of all you get the gifts – free margherita pies from 6pm to 8pm. Gather the crew, settle into one of those cosy leather-lined booths and order a round of pizzas while you sip on CO2-charged cocktails or carafes of tap wine. Not a bad way to end the week.

There’s stirring inside another of Oliver Brown’s venues: the site formerly known as Charlick’s will re-open this month as Yiasou George, a vibing Mediterranean diner serving big meats and flatbreads charred in the woodfire oven. Go for steamy, tear-apart pita with hunks of lamb shoulder plus saganaki, dips, whole fish and pastas. The very red interior is gone, too – Brown and his team have swapped the Australian earth for the Greek Islands. The walls have been given a lick of blue, green and white paint and there’ll be complimentary ouzo shots every Friday and Saturday at 10pm. Opa!

Another new addition to check out this month is co-working space and shopfront Summertown Studio. No, it’s not in the Hills – quite the opposite. It’s near the beach in Somerton Park and spearheaded by Porch Sessions founder Sharni Honor and teammate Sarah Bradford, who both run a number of side projects and were in desperate need of an office. Until recently they'd been working out of Karma & Crow’s former studio space, or home. “Or cafes,” Honor told Broadsheet last week. “And people get grumpy at you.” It’s a relatable tale for any freelancer. Thankfully, the pair are offering semi-permanent desks and hot-desking for fellow creatives. Plus, there’s an in-house barista (and wines once the arvo rolls around). The front of the site is a charming and eclectic retail space, selling jewellery, clothes, pottery and skincare from local makers. Keep an eye out for it mid-month.

Now that the feasting of Tasting Australia and Easter is behind us, it’s a good time to tick off a few new venues: Nido, Viet Next Door and Cheeky Greek all opened last month, plus there’s a new face at Sparkke – The Pot’s former head chef Emma McCaskill now heads the kitchen – and BRKLYN has added a spiffy new balcony (and new menu) to its offering.

The Ramsay Art Prize – held every two years for contemporary Australian artists under the age of 40 – is one of the country’s most lucrative art prizes. The $100,000 award is presented by the Art Gallery of South Australia, which has just announced the 2019 finalists – including SA artists Pierre Mukeba, Vincent Namatjira and Sera Waters and WA artist Tarryn Gill, whose series of soft sculptures, Guardians, is currently on display at AGSA. The winner will be announced on May 24 before a major exhibition at AGSA opening on May 25. Among the works is an animation that incorporates text, computer graphics, a soundtrack and more than 200 hand-drawn pictures in pencil and gouache, and a work by taxidermist and artist Julia deVille featuring a baby giraffe that died at Adelaide Zoo 35 years ago.

Afghani-born Adelaide-based artist and poet Elyas Alavi will bring his exhibition Daydreamer Wolf to ACE Open from May 17. A co-commission between ACE Open, Next Wave (Melbourne) and Firstdraft (Sydney), the cross-disciplinary exhibition documents Alavi’s experience as a Hazara refugee who moved to Adelaide in 2007. The exhibition will also include a specially-commissioned installation that invites visitors to create their own cardboard interpretation of what ‘home’ means.

Get out of town. We’ve discovered a new website – like Airbnb for glamping – that lets you search for a range of accommodation types around the world, from safari tents to campervans to treehouses. You’ll find a luxe tent with wi-fi just outside of Adelaide, eco-friendly tents with jacuzzis on Phillip Island in Victoria, and a farm cottage in north-west NSW.