Kung fu monks, an immersive show with no seating, and an Iranian play worth watching three times. 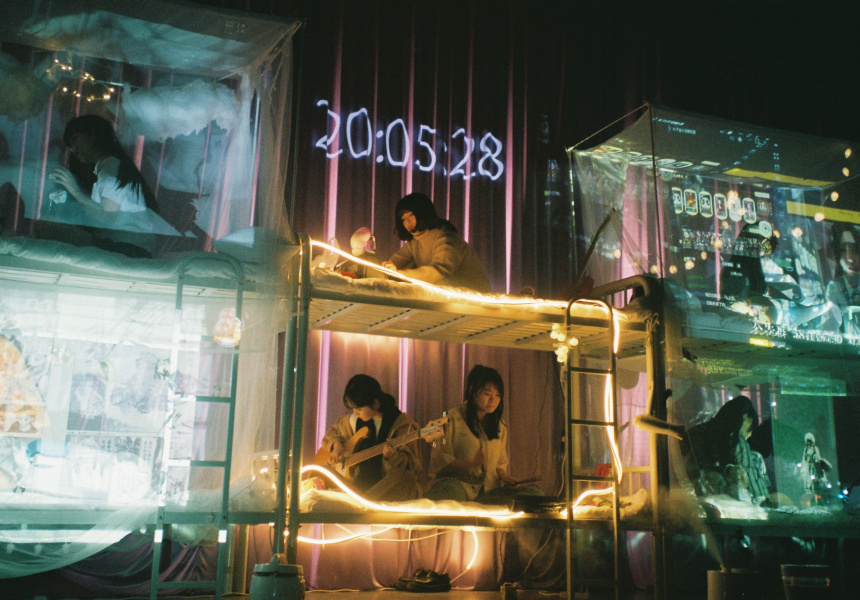 In his fourth year as artistic director, Joseph Mitchell will deliver OzAsia’s biggest program yet. Exploring Asian identities and perspectives, the 2018 festival includes a number of international collaborations and works that defy categorisation. The incredibly broad program casts a wide net, both geographically and thematically, but one of the threads that runs through it is displacement. It takes a number of forms – “surprisingly”, as Mitchell notes, “in many positive ways” – from geopolitical inspiration, to artistic choices and audience immersion. To ensure you find yourself in the right place, Mitchell selects a few of his highlights from the program.

Sutra
When Sidi Larbi Cherkaoui went to stay at a Shaolin temple in central China in the mid-2000s, he was supposed to enjoy a little time off from work. But “he's so restless that he couldn't help himself,” says Mitchell. The Belgian dancer and choreographer ended up working with the monks to create “his masterpiece”. The acrobatic performance includes 19 Shaolin monks, and though Cherkaoui moved onto other projects in the intervening years, he's celebrating Sutra's 10th anniversary by performing the principal role.

“This is a contemporary dance work, but you can call it physical theatre, martial arts, you can even call it sculptural movement because the set design is by [sculptor] Antony Gormley and it's the set design that progresses the narrative of this work via the shapes and images that it conjures,” says Mitchell.

Nassim
Iranian playwright Nassim Soleimanpour's White Rabbit, Red Rabbit was one of the surprise highlights of the Fringe when it came here several years ago. But while that work toured the world to acclaim, Soleimanpour couldn't. He didn't have a passport at the time and was not allowed to perform the play in his native Iran, so he wrote himself into this one.

Like its predecessor, Nassim uses a different actor for every performance, and each has to take the stage having never seen the script or a performance of the show. Exploring notions of identity and language, Mitchell describes it as "a very powerful work in a globalised world. It makes you think about who you are and where you're from.” The three OzAsia shows will feature MC Joel Ma, Adelaide actor Paul Blackwell and journalist, stand-up comedian and stage actor Alex Lee. It means each performance will be unique, and Mitchell laughs that “I've shot myself in the foot – I think I'm going to have to go and see it three times because they'll be so different.”

Here Is The Message You Asked For... Don't Tell Anyone Else ;-)
“What's great about this piece is we call it theatre, but it's borderline performance art because there's no discerning narrative; essentially you're just watching people who go about their lives in their bedroom.” From a bedroom, it's still possible to live a surprisingly rich life, and this work explores the world of young girls who live an almost entirely digital existence. Their communication, image and self-identity are filtered through technology like WeChat, computer games and social media, and they are almost entirely divorced from the real world.

Though they sit just metres from the audience and occasionally mumble unintelligibly in Mandarin, the only way to communicate with them is through Chinese messaging app WeChat. Interactions with audience members are projected on a large mesh screen during the performance.

While I Was Waiting
If most Australians think about life in Syria at all, they probably imagine chemical weapons attacks, a corrupt regime and rebels fighting ISIS. But even as the civil war rages on, millions of people go to work and to the movies, visit friends at coffeehouses and shop in the markets. Life, though changed irrevocably, goes on.

While I Was Waiting revolves around Taim, a young man who languishes in a coma after being savagely beaten in Damascus. As he lies in limbo, his friends and family gather around him, exposing the coping mechanisms they have adopted to get by and revealing many different sides of life in Syria during the civil war. “From the director's perspective, the main character represents Syria in a coma, it's neither alive or dead, it's kind of hanging in the balance,” Mitchell says.

Baling
Mitchell describes Baling as “immersive verbatim theatre”, a work that reconstructs the battle of wills that helped to shape modern Malaysia. Representing perspectives of the newly elected democratic government, outgoing colonial forces and communist rebels, it explores how each party envisioned the transition to independence. The set design incorporates historical documents and the performance includes the reading of transcripts, re-enactments and video footage.

With no seating, audience members move through the space as the show shifts around them, and “at the same time, the theatre makers share their own personal political views – which include perspectives from all three protagonists – and encourage you to take a firm understanding of what you think was right,” adds Mitchell. “They position you as someone who has to take a stand for what they believe in.”

OzAsia runs from October 25 to November 11 at the Adelaide Festival Centre. Tickets go on sale tonight at 7pm.