Six years ago Finnish-Egyptian filmmaker Samira Elagoz was assaulted by her then-boyfriend. Now, she’s reclaimed her own narrative in an award-winning show that opens at AC Arts this week. 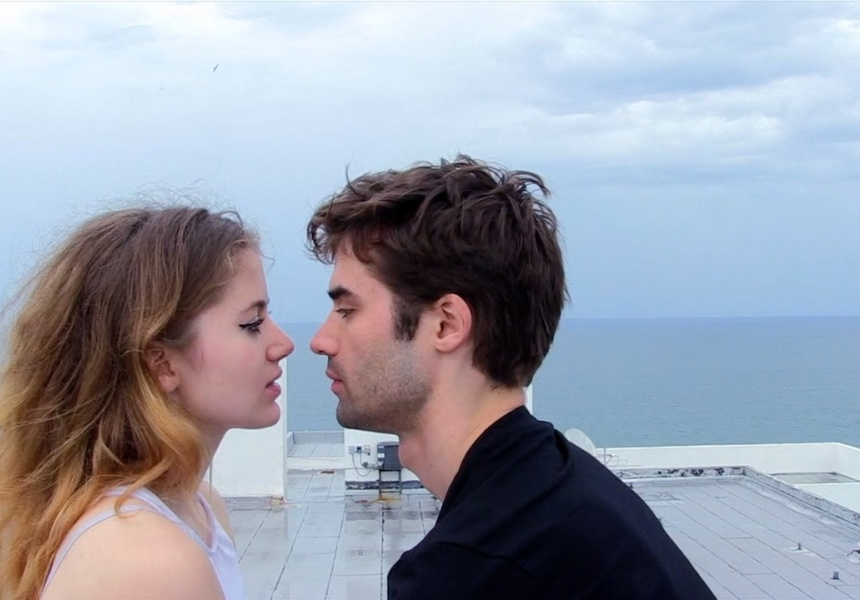 Six years ago, Finnish-Egyptian artist Samira Elagoz was raped by her then-boyfriend. A year later, Elagoz decided to film a series of conversations about the assault with family and friends. The experiment revealed well-intentioned, honest and challenging attitudes toward gender relations and sexual violence.

“I noticed it had been a year since my rape and I didn’t want it to be this maudlin affair, so I jokingly said to a friend that we should celebrate this day,” she tells Broadsheet over email.

“After that I started asking some of my friends and family members to send me a video greeting like you do for any other kind of anniversary. That might sound a bit dark to some, but levity can be an effective way to deal with things. As time had already passed since the rape, and I didn’t need any acute support from them anymore, I specifically asked for a very honest reaction on how they first experienced the news – how was it for them? For some their honesty is tough to deal with, but for me it is a sign of friendship.”

The project quickly evolved. Across three years and three continents, Elagoz initiated a series of interactions with strangers in their homes through Craigslist adverts, Tinder and Chatroulette. The conversations gave her insight into attitudes to consent, gendered power dynamics and female sexuality. Her fearless, sometimes frightening research became Cock Cock... Who’s There?, a “subversion of victimhood” and a powerful reclamation of her own narrative, opening at Adelaide Festival this week.

“Back in 2016 when I finished this work, there was no #MeToo yet,” says Elagoz. “Many rape stories I saw were about victimhood and how women are destroyed, never with the victim having any sort of real agency. I was lacking any stories about the aftermath I could actually identify with, so I decided to share my own. It was important and intriguing for me to expose the actions one might take after being raped, [a topic] which still seems to be a bit taboo.

“The show analyses cisgender interaction, and critiques the clichéd traits attributed to the different genders roles. I was curious … what is the grey area before crossing the boundaries? When does attraction transform into desire and lust that could lead to violence, domination and possession? Work I had seen about rape was always some moralising quest or an attack on men. And I very much wanted to make a performance about rape that would be accessible to men too. I thought not vilifying them would allow those who recognise something of themselves to analyse rather than reject.”

The resulting mix of monologue and film is uncomfortable, intimate and brilliantly bold. The show has toured cities all over the world, from Edinburgh to Paris to Reykjavik to Tel Aviv. It won the Prix Jardin d’Europe at Impulstanz in 2017, the Total Theatre Award at the 2018 Edinburgh Fringe and the 2017 André Veltkamp Prize in the Netherlands.

“I can say it rarely fails to make an impact,” says Elagoz. “It really divides people. It’s not quite as extreme as ‘love it or hate it’, but it does provoke strong feelings. Quite often I hear that people were debating about it into the late hours.”

In putting the piece together, Elagoz attempted to leave space for viewers to arrive at their own interpretations. “There are no easy conclusions,” she says. “Instead, this show resonates by hinging on the conclusions the audience draws, so [each person] ends up leaving the show feeling something different depending on their experiences.”

Above all, the show aims to spark discussion and self-reflection on a difficult, and often deeply private subject. “One of my main questions,” Elagoz says, “was how to unburden the audience of the discomfort of seeing me as a victim, in favour of promoting a frank discussion about the actual topic.

“Perhaps the most encouraging comments for me are when men look back at their escapades and second guess their actions, considering if they did cross a line at some point. It has been great to hear my work made them recognise something in themselves or question what they’d done.”

Elagoz has found that the performance can be not moralising or depressing, but transfiguring – even uplifting. “For me, of course, most touching [response] is when other victims have said it empowered them,” she says. “It transformed my rape. Perhaps not the memory of it, but most certainly its significance to my life.

“I do take care of the audience, ending with hope, not with darkness. There’s an ultimate sense that consensual intimacy is still a beautiful thing.”

Cock Cock… Who’s There? runs from February 28 to March 3 at AC Arts. Tickets are available online 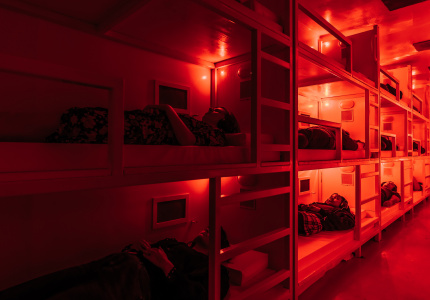