Blurring Gender and Genre in MDLSX 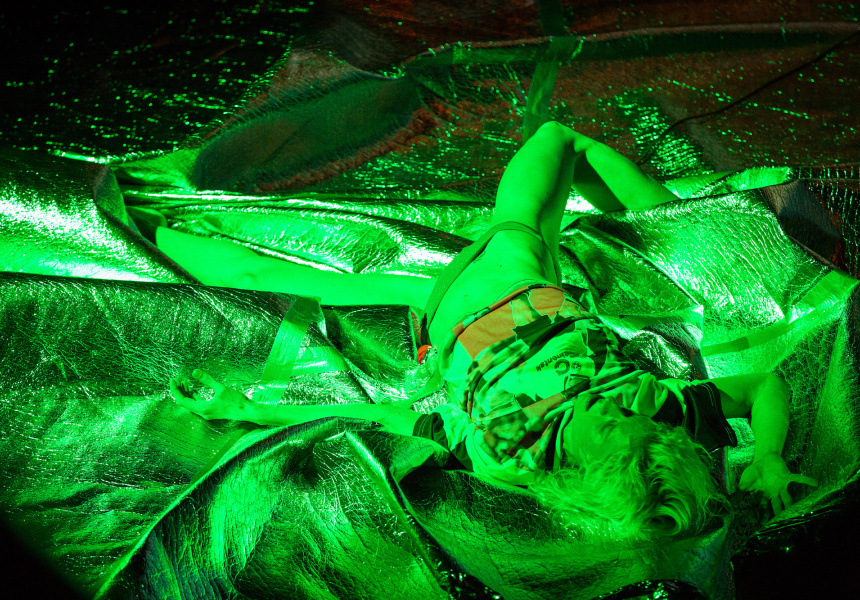 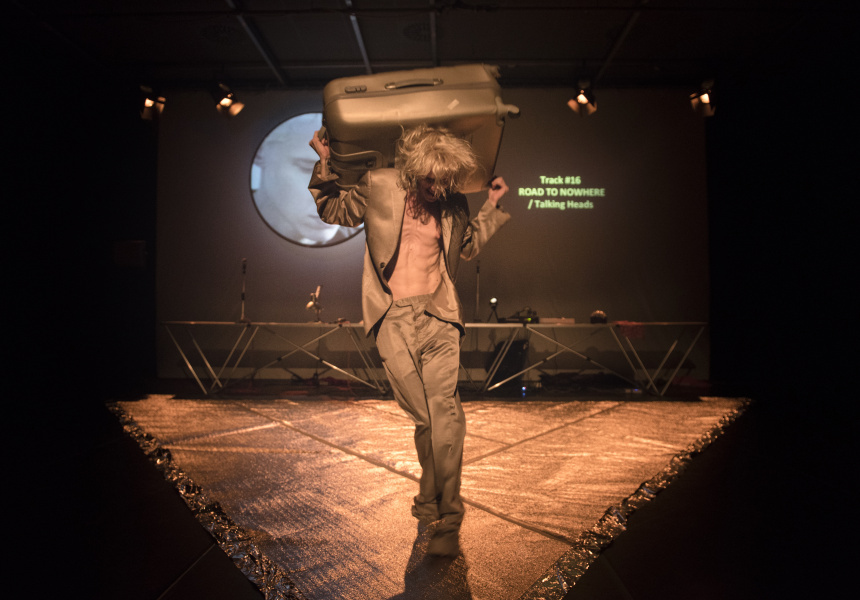 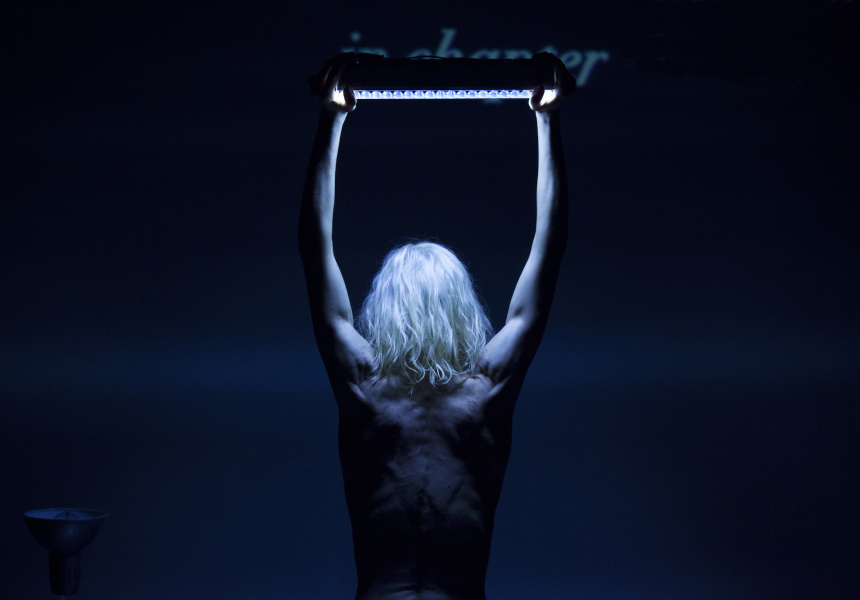 “I was born twice; I was first one thing and then the other,” says Silvia Calderoni in her “post-biographic” performance MDLSX. The one-person show from Italian theatre company Motus is an ode to androgyny, gender fluidity and busting apart binaries.

In Australia for dates at Adelaide Festival and Carriageworks in Sydney, the provocative and physical performance resists classification. It’s part performance art, part monologue and part DJ set (featuring music from The Smiths, Vampire Weekend, Yeah Yeah Yeahs and Talking Heads). For Calderoni, it’s “a hymn to joy, to freedom, to be what you want to be with no limits, no categories and no prejudices.”

The Italian actor, dancer and DJ wants to dissolve notions of gender and race – what she describes as “visible borders – or maybe better, walls”. “I don’t think that each one individual is the same as all others,” she says. “We are unique. And for this reason it makes no sense that there are races or genders. There are seven billion races and genders – as many as the world's population. In my opinion, in the best of all possible worlds, these identity signifiers should be used as a tool of knowledge and wealth.”

Calderoni has previously worked with Motus directors Enrico Casagrande and Daniela Nicolò on their productions Alexis. A Greek Tragedy (inspired by Sophocles’ Antigone) and Nella Tempesta (a retelling of Shakespeare’s The Tempest). Both roles were “characters in between, with an undefined sexuality,” says Calderoni.

In MDLSX, Calderoni’s own story blurs with that of the fictional Calliope from Jeffrey Eugenides’ Pulitzer-Prize-winning novel Middlesex. “This time was different, no armour or shield, it was me,” she says. “Daniela as a playwright, found among the many pages of the novel some suggestions that fit my story and my appearance and we mixed these suggestions with some very important writings in gender studies and my true story.”

For the audience, it’s not always clear which narrative is hers and which is lifted from the source text. “It was a good starting point to go deeper and deeper in intimate – but at the same time, universal – matters,” says Calderoni. “The audience exits the theatre wondering to what extent it is fiction and to what extent it is reality. We like leaving them free to hypothesise, believe, overturn.”

The ambiguous moments are interspersed with home videos from Calderoni’s childhood and adolescence and songs that are tied to key moments in her life. Her performance bares all, right down to her skin. It’s, on all levels, a highly personal and exposing show.

“To me the stage is a place where I have always exposed,” she says. “Nudity, tears, thoughts, images, everything is material that can be used to compose writings, travels and decisions. The important point is that they should not be gratuitous signs, but part of the dramaturgy.”

MDLSX runs from Friday March 10 to Monday March 13 at AC Arts in Adelaide and Thursday March 16 to Saturday March 18 at Carriageworks in Sydney. Tickets are available online at adelaidefestival.com.au and carriageworks.com.au.