Sitting at the nexus of performance, craft, visual art and design, Creation Creation attempts to tackle the public’s burning questions in real-time – through props, puppetry, animation and more. “We illustrate the birth of a human being through mime and contemporary dance, with a bit of Guns N’ Roses.” 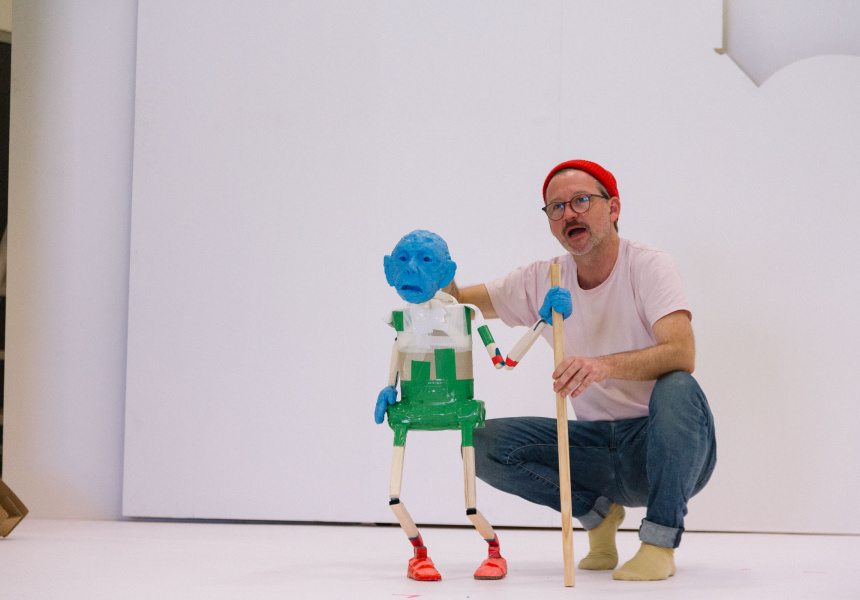 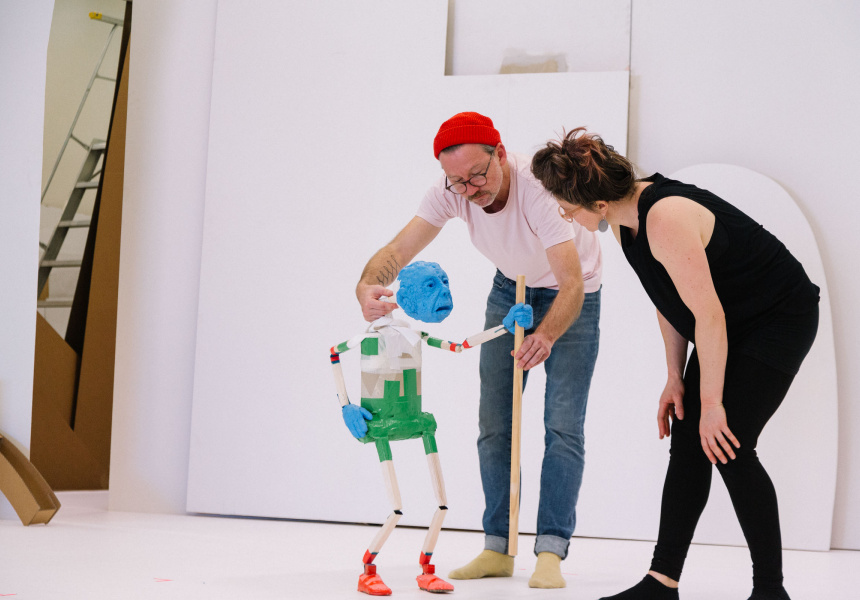 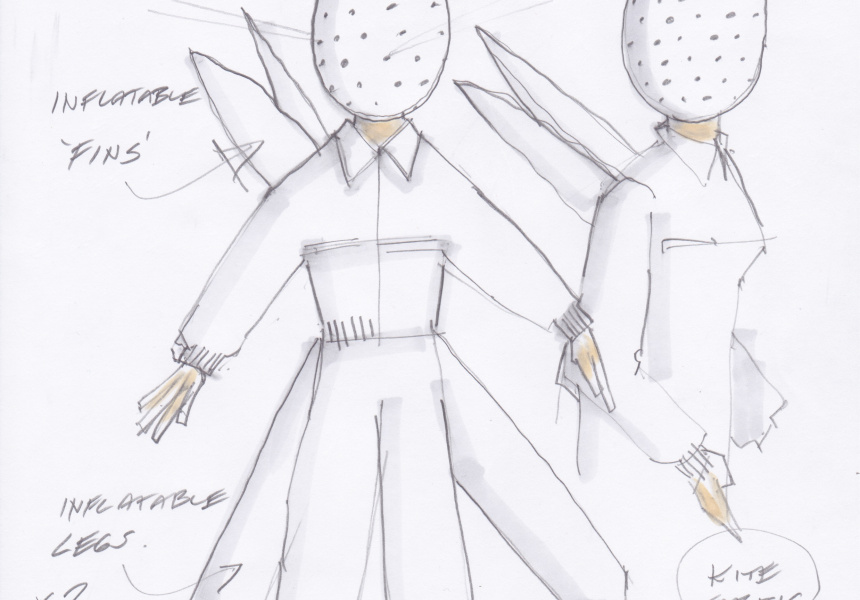 Black holes. Pandemics. Near-death experiences. None of them seem like typical fodder for a children’s stage show, but the team behind the new Windmill Theatre production, Creation Creation, wants to explore topics young people are genuinely curious about.

Opening tonight at the Adelaide Festival Centre, the show brings together clips featuring the general public interviewed by documentary artist Roslyn Oades. She has collected more than 35 hours of interview recordings with people aged between eight and 102 as they ponder life’s big questions, including ‘What is the meaning of life?’ ‘How did it all begin?’ And ‘Are aliens real?’. She and co-creators and designers Jonathon “Jox” Oxlade and Fleur Elise Noble attempt to provide the answers live on stage. It’s part documentary theatre and part performance art, and you can expect to see responses full of comedy, craft and creativity.

“It has the voices of real people, so it speaks a lot to the big ideas,” says Windmill Theatre’s artistic director, Rosemary Myers. “Like, what are kids really thinking about their future, and what world are we leaving them? ... It just reminds you about the bigger picture of life, rather than giving you factual answers to questions.”

Audiences will hear from engineers, mathematicians, astronomers, physicists, obstetricians and more as the show jumps from question to question. But the real fun will come in Noble and Oxlade’s real-time attempts to make sense of the issues thrown at them. There are many, many props on-stage – think war machines, alien babies and black holes made from fabric, and the pace is incredibly fast.

“There’s a lot of stuff on that stage. It’s doing our heads in, a little bit,” says Oxlade. “But it’s quite fun, transforming helmets and plungers into new objects, and just basically crafting things together … we make war machines at one point. And we illustrate the birth of a human being through mime and contemporary dance, with a bit of Guns N’ Roses.”

There are also some literal creation stories. “One of the things that Roslyn said that really was quite exciting is, we think we have information about the Big Bang or whatever, but even the physicists … no one really knows how the world began,” says Myers. “It’s still conjecture and there’s still a lot of question marks. [In the show] we also have people who know about the Ancient Egyptians, or people from the Greek community, or the Chinese community who talk about their mythology, and Christian mythology of how the world began. As well as the scientific.”

And although Creation Creation is primarily a comedy, it weaves in some sweet and nostalgic and moving moments. “This show is unlike anything I’ve been involved in before,” says Noble. “It’s almost as if each individual scene has the feeling of an art installation. It feels fun and silly, but also incredibly poignant in parts.”

“We have a 102-year-old man who answers that question in the show [about what really matters in life],” adds Myers. “He talks about getting a beat-up bike when he was a kid as being one of the happiest times of his life, and he had the freedom to ride it all over Adelaide. [The show is] definitely more about the rich tapestry of the community reflected in it, and how beautiful that is.”

Creation Creation runs from May 19 to 23 as part of the Adelaide Festival Centre’s Dream Big Children’s Festival. In a first for Windmill, every performance will be accessible to audience members who are deaf or hearing impaired.