Being The Elephant Man

Pilates, not prosthetics, help Robert Bell play one of the most difficult roles in history. 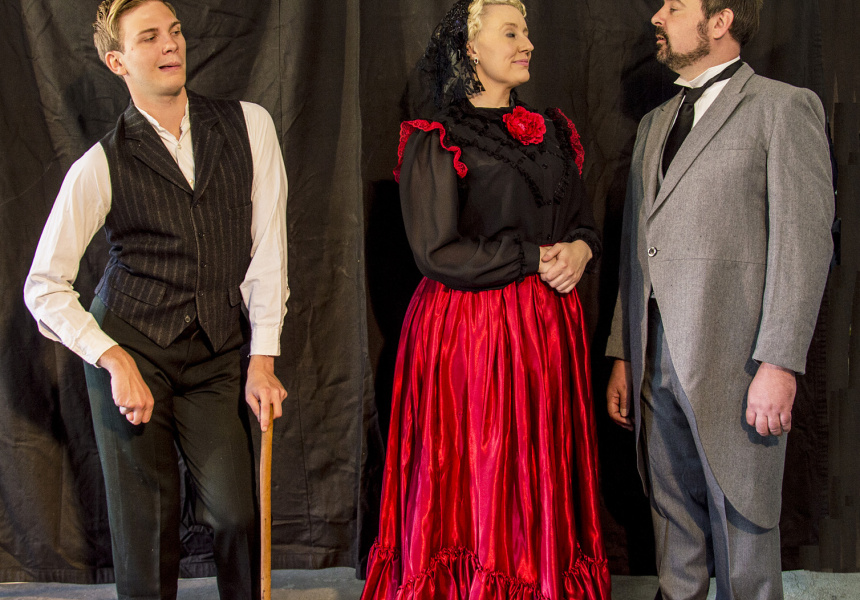 David Bowie did it. So did Star Wars actor Mark Hamill. Then in 2015 Bradley Cooper nailed the role of Joseph Merrick, aka The Elephant Man. Now, it’s Adelaide actor Robert Bell’s turn to tackle one of the most difficult characters out there.

The Elephant Man opens at Adelaide's Arts Theatre on April 14 and it’ll take more than acting skills to get him over the line. “Pilates,” says Bell during rehearsals. “I certainly couldn’t do what I do on stage without it. It’s a workout.”

It’s a tough role to perfect, especially without prosthetics or make-up. In the 1800s Joseph Merrick was mocked for his thick, lumpy skin, twisted skeleton, facial tumours and lopsided gait.

“I’ve built up to a point where I hold my body like that for a longer period of time,” says Barossa-born Bell. “The tough thing is I’m on stage pretty much the whole show – which is about an hour and a half.”

The production, directed by Megan Dansie and set in set in Victorian England, tells the real-life story of Merrick, who appeared as a circus freak show attraction because of his looks. He was also attacked by an angry mob when his appearance caused hysteria at Liverpool Street station in London.

“People gawked at him, laughed at him and looked at him in disgust,” says Bell. “He was beaten in the street because of his hideous deformities, and he was shunned.”

Extensive research helped capture Merrick’s spirit. “I read the stories about his life. It’s certainly not hard to feel sorry for him after all he went through. He was a very intelligent man and saw himself as a gentleman. That’s all he ever wanted; to fit in with society.”

Merrick was eventually befriended by young surgeon Sir Frederick Treves, who introduced him to the "who's who" of London society. He became something of a celebrity, living the gentleman's life he dreamt of, but Bell says he was lonely and struggled to be understood.

“As an actor you can’t speak exactly how Merrick did, because you’d never understand him,” he says. “He was so intelligent, and the way the script was written really brings that out; very short sentences to begin with and by the end he’s having full conversations. I make it somewhat clear but there is a bit of a slur there. The audience will be able to understand what I’m saying – I hope.”