Battle a horde of hundreds with dart blasters and smarts. 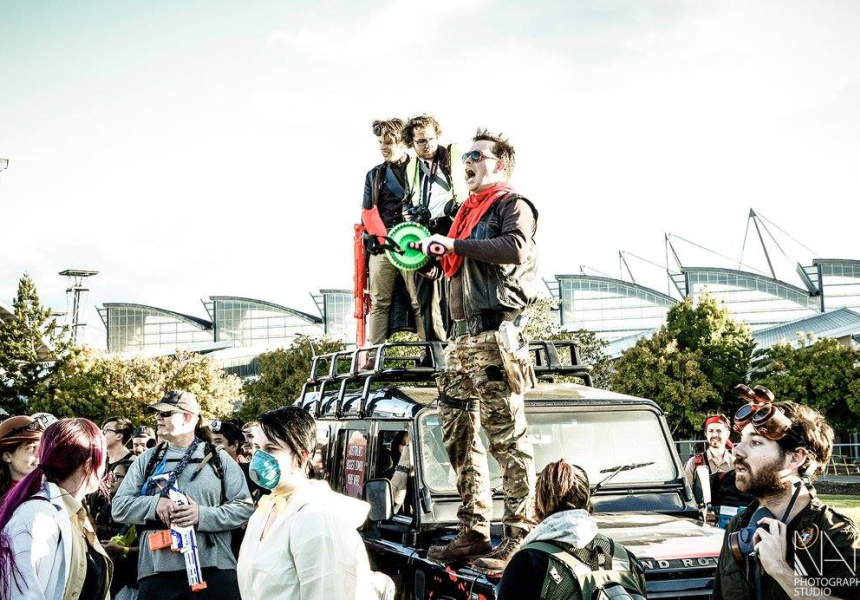 You stuck with The Walking Dead through season seven; you’ve seen every George A. Romero film; you even watched the one about undead Nazis in the Norwegian mountains. Here’s one for you.

Zedtown, a game of real-world, zombie-themed tag, is coming to Adelaide in October. A horde of hundreds will descend on the University of Adelaide’s North Terrace campus, where human survivors armed with dart blasters will battle the undead.

When players are touched by the infected, they become “zombified” in the makeup tent before returning to the game. It ends when the last few human survivors make it to the evacuation point.

Held as part of the inaugural digital technology festival Hybrid World Adelaide, Zedtown uses a smartphone app to drive the narrative and help players team up to share tactics.

“You can form teams or squads with your friends,” says Hybrid World creative director Janet Gaeta. “At all times the app tells you the remaining number of humans. It gets pretty nail-biting when there's only a handful of humans left and the escape vehicle is about to leave.”

Gaeta, who created ABC TV’s Good Game, says Zedtown is the “perfect example” of technology’s influence on “just about everything; how we live, learn, work and play” – a key focus of Hybrid World.

Zedtown: The Divided City is at the University of Adelaide on October 7. Tickets are available online. Registration begins on site at 1pm and the game will start at 2pm. Limited tickets will be available on the day unless sold-out prior.