Depending on your perspective, it’s the best or worst idea ever. Wake up, party through sunrise (sober), then head off to work. 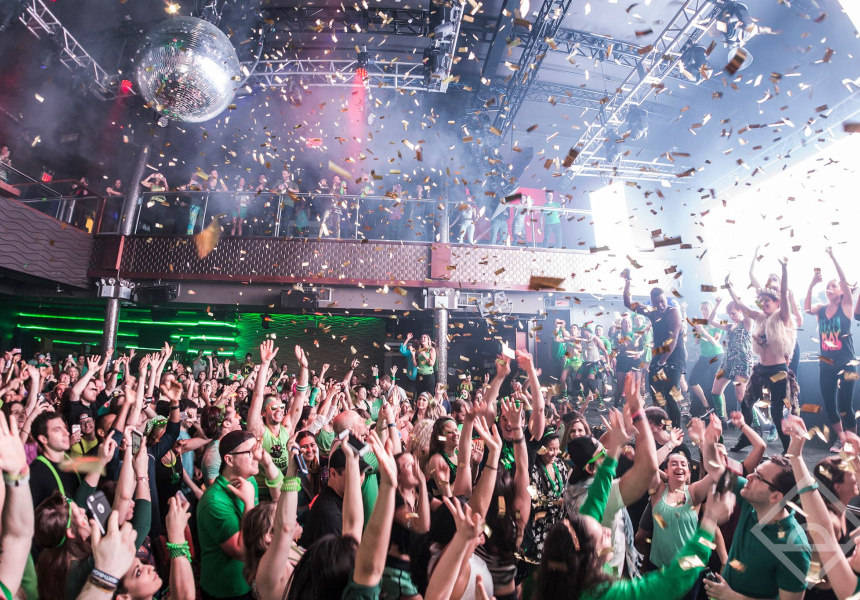 If you’ve flirted even briefly with club culture, you know the joy of a packed club – at 2am, 5am, or whatever stupid o’clock seemed like a bright idea at the time. You’ve been a sweaty, incoherent mess, but felt OK because it was dark and everyone else was in the same state.

So, hand on heart: would you want do it sober, in blazing sunlight?

“Just say yes,” Leah Kertesz says. It’s her personal motto of sorts. She returned to Adelaide in December, after 10 years overseas. The last two were spent in New York, working as a PR agent for restaurateur and former MasterChef US judge, Joe Bastianich.

It was there she encountered Daybreaker, her first “healthy morning dance party” (pictured in the image above). “It was crazy, it just blew my mind,” she says. “It was pumping as it would be at 2am, except it was 7am and people were half-dressed in their work clothes. You could just feel the energy in the room. Everyone was connected.”

In place of alcohol, there was a bar serving juice shots, coffee and iced tea. By 9am she was at her desk, ready to start the day, “more productive and creative than I’d been on any other day.”

Similar parties have run around the globe, including in Sydney and Melbourne. Kertesz wants her version, At First Light, to be a bit different.

“When I came back [to Adelaide], I was enamoured with all of the things that I’d missed living in big cities, like sunlight, fresh air, beautiful parks and outdoor spaces,” she says.

The inaugural At First Light is going to be held outside, on the banks of the Torrens. Cold-pressed juices, coffee, vegan desserts and protein balls will be served over the bar.

It sounds a lot like exercise. An outdoor pump class, perhaps. Or one of those chirpy, instructor-led warm-ups that fun-run organisers are so fond of. Kertesz doesn’t like these associations, though. “It’s a health-focused event with a party-like atmosphere,” she says. “That’s how I would describe it.”

The party bit is courtesy of Fresh 92.7’s Ryley. He’ll drop commercial dance, Bieber, Beyoncé and anything else that can drag people out of bed. For the truly committed, there’s 45 minutes of yoga before the music starts at 7.30am.

It all sounds a bit intense, but Kertesz says it’s not a big change to people’s normal morning routine. “People do boot camp, or run or walk in the morning.”

At First Light will be held at 6.30am on Friday April 8 on the banks of the River Torrens. Earlybird tickets ($20) are available here, or for $25 on the door. Ticket price includes a free coconut water, free coffee and free juice shots.
atfirstlight.com.au