The ASO is Getting Weird and We Like It

The ASO wants young folk to try this classical concert with an after-party of art, food and special guests. 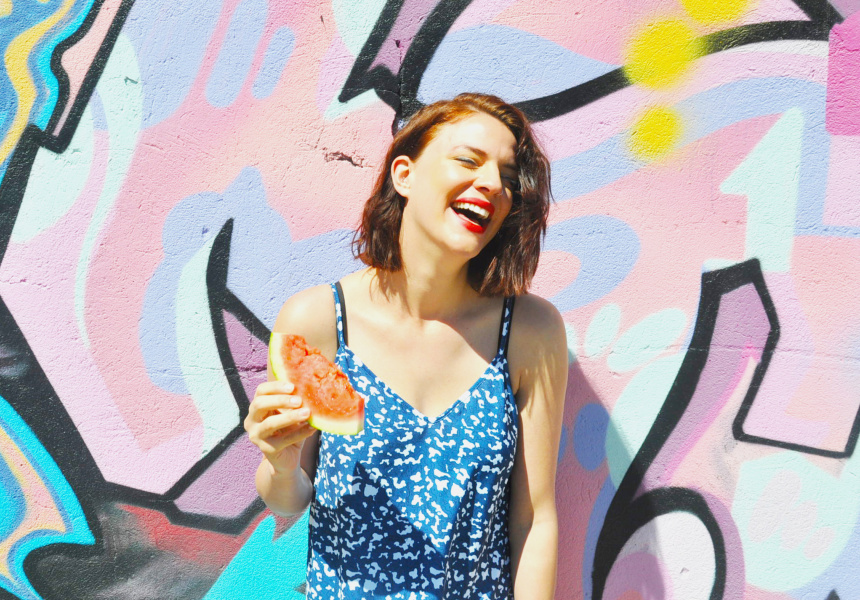 After the success of Remastered 1: Elegant Tchaikovsky back in April, the Adelaide Symphony Orchestra has announced the next events for under-thirties. These hybrid nights combine classical music with art, booze and food.

The second coming of Remastered is on August 5 at 8pm with a Glorious Brahms concert at Adelaide Town Hall featuring the ASO and young American violin soloist Noah Bendix-Balgley.

After the show, the audience makes its way to the rear warehouse of new Flinders Street co-working space WOTSO. There, large-scale muralist Matthew Stuckey will paint a wall while guests watch on, enjoying the after-party’s beats.

Stuckey’s looking forward to the challenge. “I started live painting with a crew in Japan called Rinpa Eshidan,” he tells us. “Their philosophy is that live art is about the process of creation, not perfection – so that takes some of the pressure off, as long as you keep moving.”

Chef Jessie Spiby is designing a menu that’s all about “the late-night vibe of the after-party. Think crunchy, saucy, delicious stuff that goes with beers and vino,” she says. The food, wine and beer are all included in the ticket price.

The Remastered series will continue later in the year, with Elgar’s Cello Concerto on September 23 and Fantastic Symphony on December 2.

Remastered 2 is on Friday August 5, 8pm to 12.30am. The concert kicks off at Adelaide Town Hall and the party continues at WOTSO Workspace, 217/219 Flinders Street. Tickets are $75.