A new production of Antigone is about sticking to your principles and speaking truth to power – and three young actors will play the strong-willed heroine. “It’s surprisingly scary how much it feels like the fundamental fight in the original Ancient Greek tragedy is the same one we’re still fighting today.” 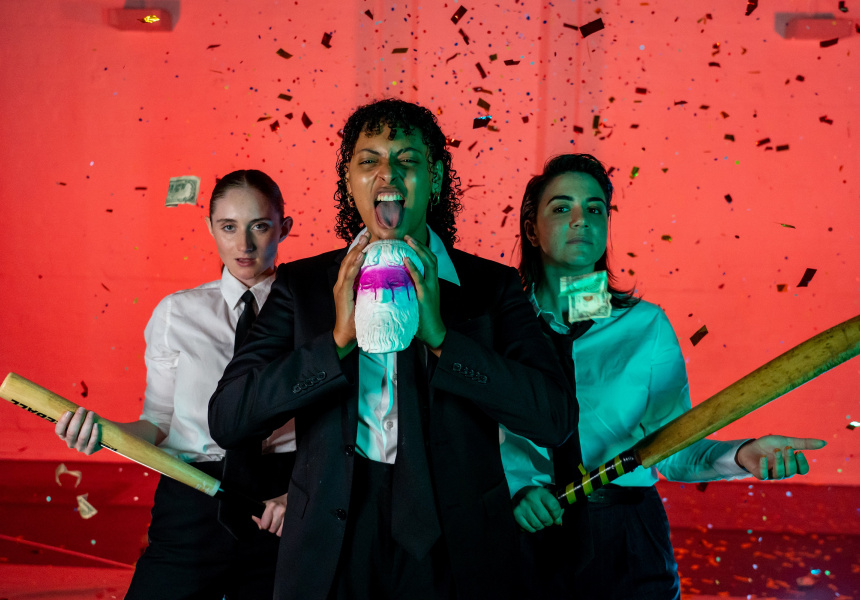 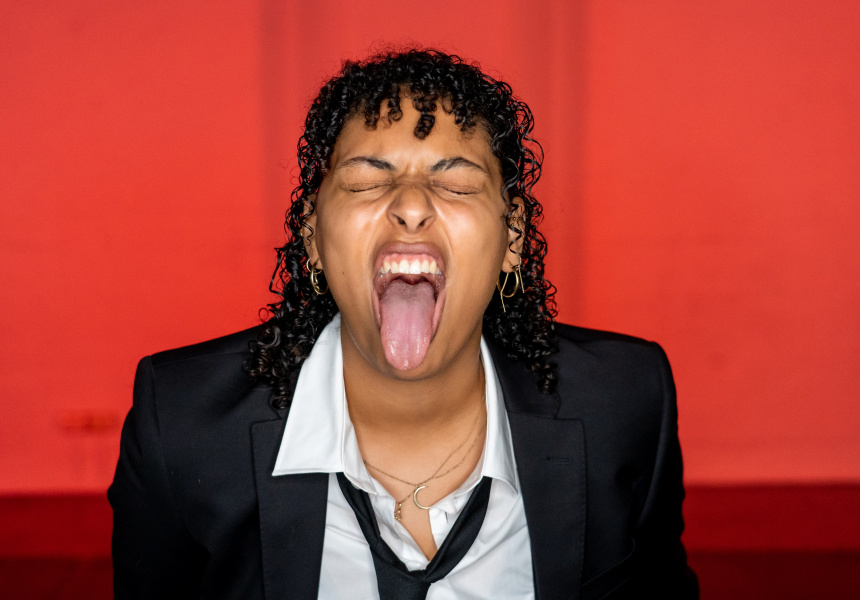 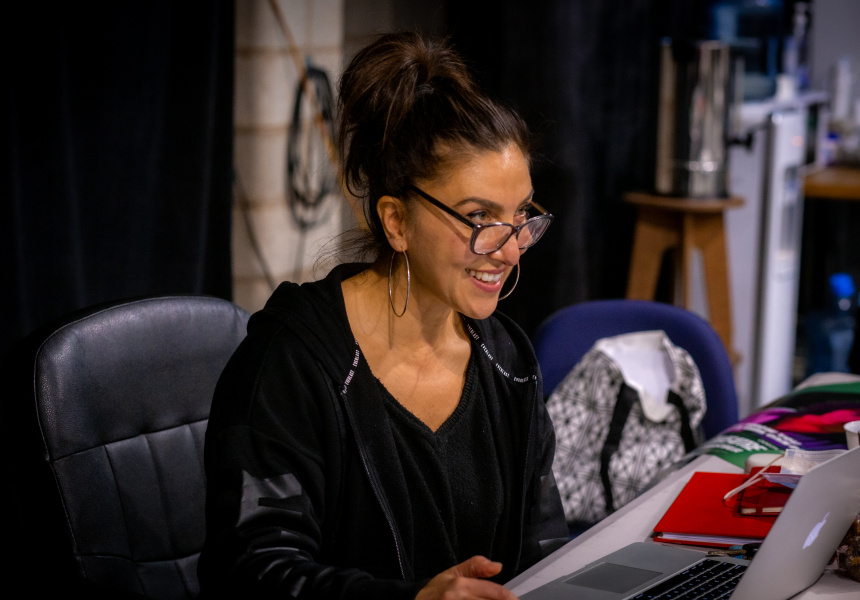 “There’s this in-joke with theatre-makers and dramaturgs that a traditional three-act play follows the line of a male orgasm,” says playwright Elena Carapetis. “You build up to a climax then there’s a denouement. What I’ve done with this play is I’ve followed a non-patriarchal structure.”

Carapetis has written a new adaptation of the Sophocles tragedy Antigone for State Theatre Company of South Australia, and she tells Broadsheet she’s been fascinated by the play’s cool, brave heroine since she was a teenager. “Greek culture is really proud of the influence it had on broader Western culture, but when you look at some of the Ancient Greek stories, they’re really twisted,” she says, laughing. “Antigone is the offspring of Oedipus, who was married to his mother.”

Sophocles’s story dates back to 441 BCE, and there have been many translations and adaptations in the centuries since – but what struck the Greek-Cypriot-Australian was how the patriarchal structures in Antigone stills holds relevance to the world we live in today.

“I was noticing [all these] modern Antigones speaking truth to power – but I was also noticing girls being neglected,” she says. In the classic Antigone, a young girl says no to a king (her uncle Creon) even though the consequences of doing so mean certain death. Young activists today, such as Malala, Greta Thunberg and X Gonzales (who founded the gun control advocacy group Never Again MSD), all seemed to be present-day Antigones to the Adelaide playwright.

“These young people [were] saying to the grown-ups, ‘you’re doing this wrong’ … and they keep being dismissed, they keep being silenced. Or we go, ‘yes, young person, you’re incredible’, but life goes on because the structures of our world, our cultural and social systems, are so calcified and ingrained that it’s really hard to shift them even when we want to.”

Carapetis talks about the double misogyny that applies to young girls in particular, because they’re both young and female. (“Young girls are annoying”, “young girls are irritating,” she imitates) and she says this is the first play she’s written that comes from a place of anger.

“[It’s] like Grace Tame being told to smile,” she says. “When you start to look at the world through that filter, how badly we treat young people who speak truth to power, you see it everywhere.”

The 90-minute production begins in Ancient Greece and audiences will settle into a classic depiction of the tragedy before being catapulted into “a mosaic, or kaleidoscope of scenes that show modern-day Antigone and how we can continue the story”.

Three actors – Kidaan Zelleke, Kathryn Adams and Chiara Gabrielli – will play the titular role in the production, which runs from May 27 to June 11 at the Odeon Theatre. It marks the directorial debut of resident director Anthony Nicola, 23, who also has Greek-Cypriot heritage.

“I fought hard for the director to be a young person,” says Carapetis. “We’ve got three fantastic young actors playing all the different versions of Antigone. They represent a few different strands of identity that are in the play, and they bring their lived experience too … The script itself is a blueprint and a provocation and I’m handing that over now to this diverse, clever and adventurous team of people who are going to bring their own dangerous ideas to the table.”

Speaking to Broadsheet, lead actor Zelleke says the idea of the spirit of Antigone being reincarnated over generations “feels prevalent”. Comparing it to the dark humour she sees across Tiktok, the 24-year-old says this production of Antigone also has a “playfulness about how generations have played with our future, and now we’ll play with your reality”.

“It’s surprisingly scary how much it feels like the fundamental fight in the original Ancient Greek tragedy is the same one we’re still fighting today,” she says. “I think a lot of the play is trying to come to terms with how we’re supposed to fight this thing that feels invisible.”

If Antigone herself was on Tiktok, she’d absolutely be lip-syncing to the words of former prime minister Julia Gillard’s 2012 “misogyny speech”, says Zelleke. Gabrielli, who chimes in on the conversation over the phone, adds: “I think she’d do some thirst traps.”

“She’d totally do mash-ups of politicians promising things and not delivering,” adds Zelleke.

“I think a lot of people will like it, but there’ll be people who won’t – or who don’t understand what we’re fighting for,” continues Zelleke. “Throughout history you’re angry at the generation before you – and you come to not understand the generation after you. My experience of feminism is coloured by my culture and by my skin – I’m a black woman and that means something – so feminism needs to be inclusive and our stories need to be inclusive. It’s the same for trans people, disabled people, queer people. Anyone who doesn’t understand that might find the show abrasive … [But] I think a lot of people will see their stories in this, people who don’t usually get to see that on stage, especially in Adelaide.” 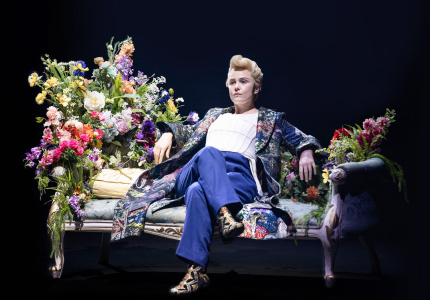 Eavesdropped Confessions and a Reimagined Oscar Wilde Classic: What To See at Adelaide Festival This Year