Akram Khan on Dance, Death and the Art of Storytelling

One of the world’s greatest dancers returns to Adelaide Festival to end his 30-year career performing in the Australian premiere of Xenos. 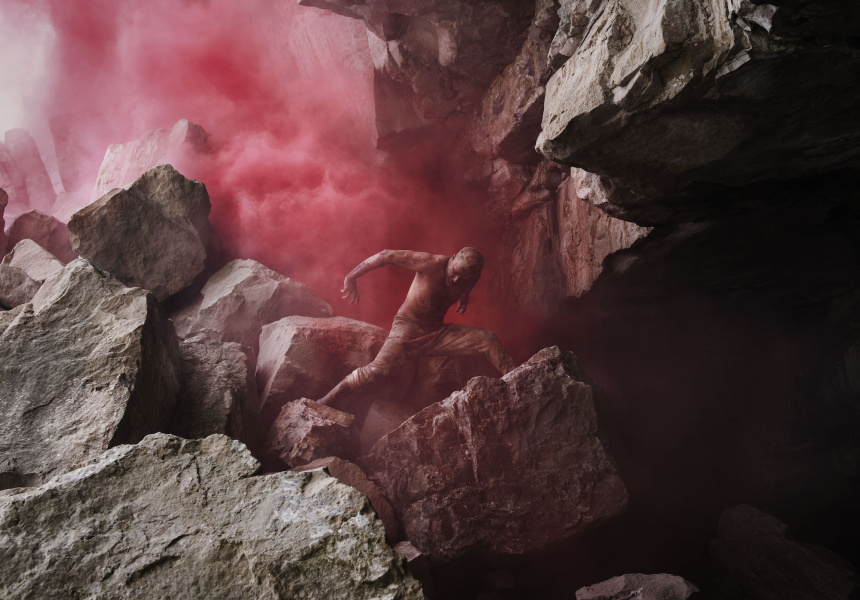 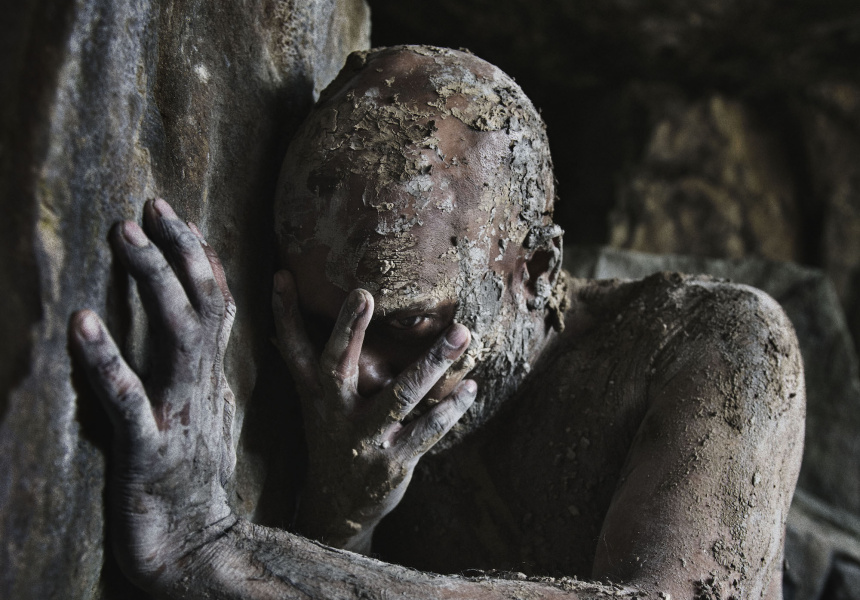 “One either has to change, or one has to let go.”

Akram Khan is reflecting on his career. For three decades the British performer captivated audiences with his iconic blend of contemporary dance and classical Indian kathak. For him, dance is a type of storytelling. “We share stories,” he says. “We did it as cave people, we get around the fire and we tell stories through music and dance. That sense of ritual is part of what makes us human.”

But Khan is all too aware of the fallible nature of humanity, and at age 43 is retiring from dance amidst increasing concerns of physical injury. “Letting go has always been hard work. It’s tough … for any dancer to know there is a deadline,” he says.

In March he will perform Xenos, his last ever full-length solo work, for the Adelaide Festival. He’ll be joined by five international musicians and an award-winning creative team.

It’s a stunning end to a career that began 30 years ago when Khan, then 13, appeared at the same festival in Peter Brook’s 1988 adaptation of The Mahabharata. The epic nine-hour performance ran all night at Kloppers Quarry in Adelaide’s north-east.

“I have very fond memories of Adelaide,” says Khan. “You have a river, right? It was really hot. I used to jump into the river [Torrens] with my mates – all these understudies. We always got into trouble.”

For a teenager on the brink of his professional career, it was a golden experience. “It was an extraordinary time for a kid … to be amongst such amazing artists,” he recalls. “As a 13-year-old, you don’t see [dance] as art. You see it as a game. As play. I suppose you hope that you … don’t lose that sense of play.”

The neatness of his career starting and ending in Adelaide is not lost on Khan, nor are the similarities between each work’s themes. Both The Mahabharata and Xenos seem to dance around war, but for Khan the underlying idea is about humanity. “The ugliness of human beings is something that fascinates me,” he says.

In Xenos, Khan explores the Greek myth of Prometheus through the experience of an Indian soldier fighting for the British Empire in World War One. “I was very curious about archives,” he explains. “Millions of foreigners fought for the [British army] and were hardly ever mentioned or acknowledged. History has been painted from a very white-washed perspective.” The character is a symbol of all of history’s forgotten soldiers. “He feels like a xenos, an alien in a foreign land,” says Khan.

Historically, the First and Second World Wars “set the stage for the world we live in today,” says Khan, who adds quietly, “I pray there won’t be another war.”

Khan’s world perspective has long informed the direction of his creativity, and forged a compelling and celebrated artistic career. “My political views about the world have a huge influence on my work,” he explains. “I’m very concerned for the next generation. We’re not leaving the world in a very habitable place.”

But Khan believes dance as art can contribute positively to a changing world. “I think my art is more of a reflection of what is happening in the present,” he says. “It’s a comment on the world.”

With Xenos Khan explores how ancient mythology parallels and contrasts with modern living. “We have to … re-create. The old myths aren’t working for us anymore. We have to somehow transform those myths.”

Since injuring his Achilles tendon in 2012, Khan has faced the reality that the physical body has limits. While he’s set to end his full-length solo-performance career, he hopes to return to the stage in cameo appearances and small roles.

“My voice has always been my body. It’s like saying I cannot speak again,” he says. With an end to performing comes a transition to choreography. “Now I am finding great inspiration to tell stories [through] other people’s bodies,” he says.

For Khan, it feels like “the death of a dancer” but he knows it’s simply a transition. “Death is an opportunity for the birth of something else.”

Xenos runs from March 16 to 18 at Her Majesty’s Theatre. Tickets are available online