There’s something brewing in The Henry Austin basement. 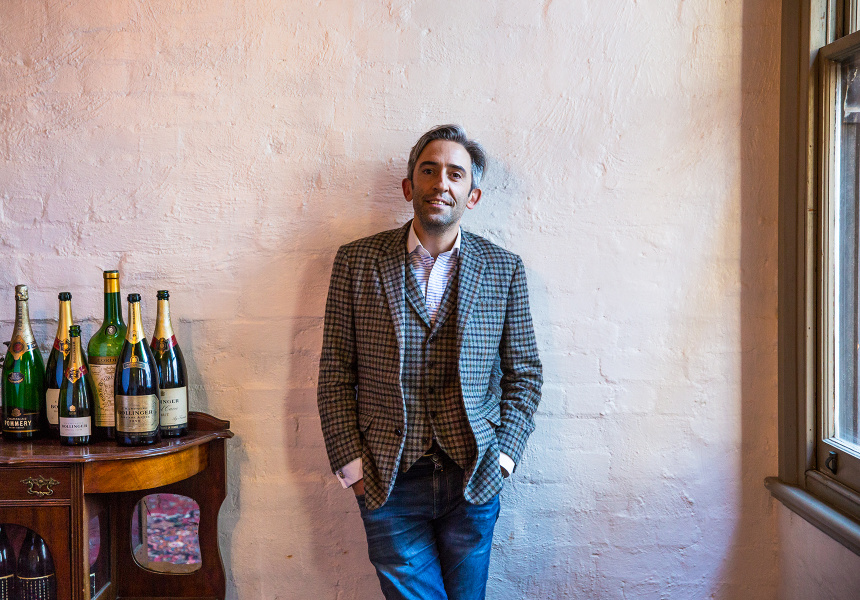 For 10 years British expat Max Mason ran The Big Bang, a “jazz cellar” in England’s university town of Oxford. He also spent five years at the helm of the Oxford Jazz Festival, which he co-founded.

Now, as owner of The Henry Austin, Mason’s jazz roots have taken hold once again. “I left [the jazz scene] and it sniffed me out,” he says, laughing. Instead of putting up a fight, he’s going with it.

Slink into the so-called “cellar of splendour”, which has a 120-person capacity, and you’ll find a permanent stage has been installed. Free, non-ticketed festivities will kick off on Thursday June 22 with a single launch for The Coconut Kids, a French-influenced world-folk outfit. There’s already a “cracking line-up” to follow.

“We’ll do predominantly jazz on a Thursday night, and then – in the same way that we don’t have a menu in the restaurant – we often won’t have a menu for the Friday night music,” says Mason. Although he promises “a bit of honkytonk”.

“The main driver for me is to make sure [the HA Bar] becomes a live music venue in its own right – a very sedate form, albeit. There won’t be any thrash metal or big band activity, it’ll just be something to tickle your senses.”

So was it his jazz background or Adelaide’s strong arts scene that sparked his latest undertaking? “A bit of both, actually,” says Mason. “I think contributing to Adelaide being a more exciting cultural canvas is great fun, but it’s also something that I’ve always done and enjoyed.”

As with The Henry Austin’s sustainable, menu-less approach to food, its below-ground sibling won’t offer a cookie-cutter experience; it will cater to a drinks-only crowd, those looking for a sit-down dinner and everyone in-between. “From many years of going to jazz venues and being critical because of my own jazz venue in the UK, actually being able to offer evening dinner jazz is a big thing,” says Mason.

Admittedly, its opening coincides with the notoriously quiet winter months. “You don’t have the climate working for you [in winter], so you need to work for yourself,” says Mason. “You’ve got to offer things to get people off their sofa and the question is always: ‘Netflix or dot-dot-dot?’ You’ve got to provide the dots.”

Running from Friday July 14 to Sunday July 30, the second instalment of Umbrella: Winter City Sounds will contribute to those “dots”. Local creative and internationally acclaimed cabaret performer Anya Anastasia was instrumental in developing Henrietta’s for this year’s Fringe, and will have input in the bar’s Umbrella and ongoing program. The HA Bar will also host Anastasia’s Cabaret Fringe Festival shows this week.

It’s at this point Mason pauses his chat with Broadsheet to offer a glass of on-the-house malbec to “three beautiful Spaniards” who stumbled in for lunch. “This is why I have a restaurant,” he says. “My whole approach to hospitality is that this is my house and I’m trying to make people feel welcome in it. It’s a place I want people to have a relationship with. And if that’s food or wine or music or comedy or cabaret, I love to be involved in hosting it.”