More than 300 musicians will perform 230 gigs in venues that promise no-bullshit intimacy. 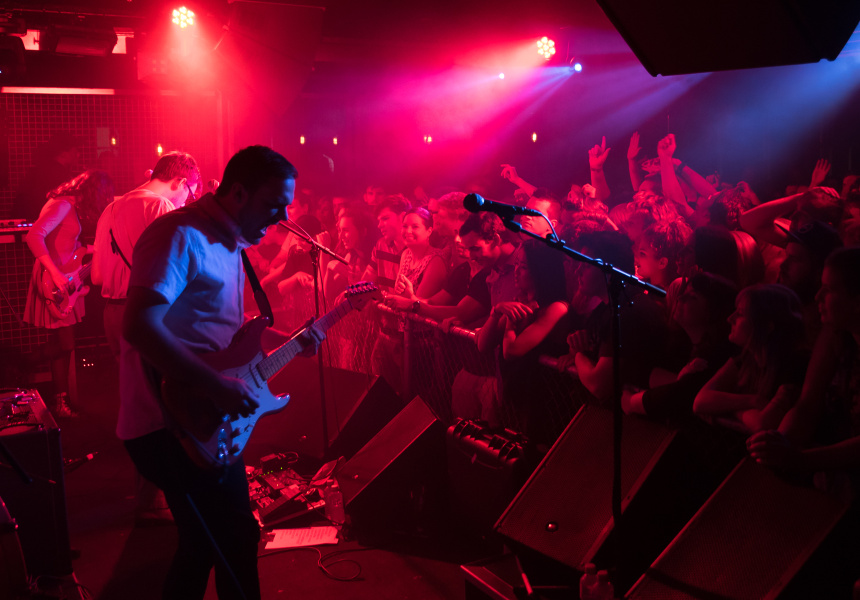 Most festivals have their sideshows, but the Adelaide Guitar Festival has taken that concept to extremes.

In the lead up to the four-day biennial festival, more than 300 musicians will perform over 27 days. Guitars in Bars and Other Places will, as the name suggests, move the music out of the Festival Centre precinct and into pubs, clubs, cafes and galleries across the state, from Sails Restaurant in Clayton Bay to Boston Bay Wines in Port Lincoln.

According to program executive Ben Hambour, the idea is to create a “great grassroots guitar event” for audiences who might shy away from concert halls and theatres. “Local pubs can sometimes be second homes for people,” he says. “The relatively small scale of a local bar can create an intimacy that is hard to replicate in a larger theatre.”

The Grace Emily Hotel alone will host 16 Guitars in Bars shows, including two by soul and blues outfit Lost Romaldo Groove. The band is a regular at the Semaphore Workers Club, but this will be their first foray into the CBD. Frontman Brian Morrison is looking forward to the smaller venue. “The music we play belongs in bars,” he says. “Bar-room music keeps it honest. There’s a certain amount of intimacy that you can’t bullshit your way out of.”

Guitars in Bars and Other Places runs until August 10. The Adelaide Guitar Festival begins on August 11.