The 2021 State Theatre Company Program Has Just Been Announced, But 2020’s Presence Is Still Felt

When Covid-19 hit, the State Theatre Company had to cancel five plays on its 2020 program. Now, three of them are back – alongside shows about climate change, vaccines and cancel culture, plus a production that’s “part-cabaret, part-Irish jig, part shadow-puppetry extravaganza”. 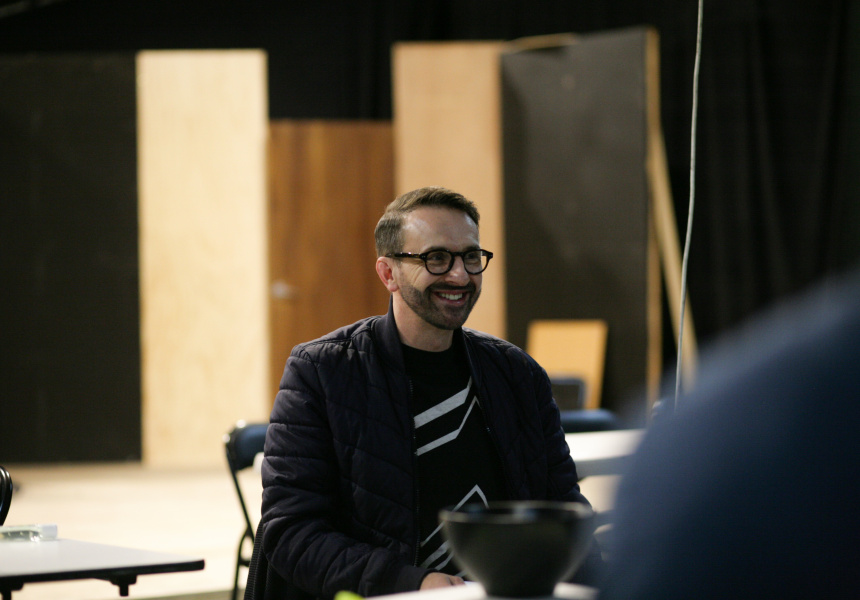 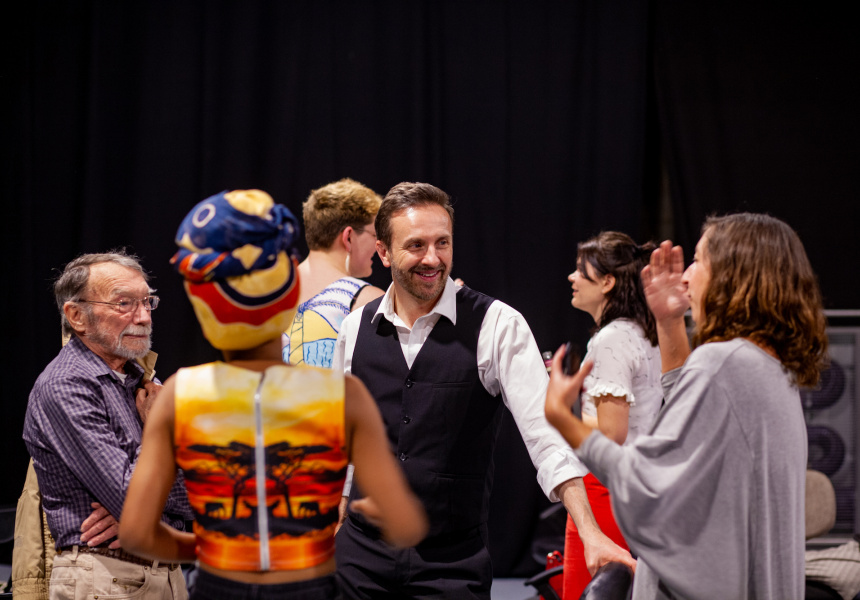 In a purely practical sense, a pandemic is a tough time to be planning a theatre program. There are travel considerations, the possibility that co-productions could be cancelled, and the stress of trying to balance the books while audience capacities are reduced. But from a programming perspective, it can be a wildly interesting time to throw a creative lens on everything that’s going on. And when you look through the State Theatre Company’s 2021 program – which has just been unveiled by the company’s artistic director Mitchell Butel – you can feel 2020 at the heart of it all.

Many productions on the newly announced program raise conversations that have dominated headlines this year (even if they were written pre-Covid). One such show is Hibernation, which Butel also directed. Written by South Australian playwright Finegan Kruckemeyer, the play is set in the year 2030, at the height of a climate crisis. Becoming increasingly desperate, world leaders make a collective decision to “hibernate” all 8.5 billon humans on Earth – for an entire year – by launching gas into the atmosphere and plunging everyone into a deep sleep. We are the virus, anyone?

“Finegan is a great playwright. [Hibernation asks], what is the impact of people stopping the regeneration of the planet? ... The data in Australia alone indicates there will be [up to] a seven per cent reduction in greenhouse emissions this year relative to 2019, because of less flying and consumption,” says Butel. “It’s a massive, epic, really brave investigation of climate change: what our response can be, and how we can maybe shift the paradigm about consumption, and capitalism as well.”

Then there’s Eureka Day. “Again, I picked this before Covid, but it’s all about about vaccines and viral pandemics,” says Butel. “This one is set in the midst of social-media warfare and cancel culture. It’s really funny, and awkward, and fabulous.” Previous STC artistic director Rosalba Clemente has returned to direct the play.

Three shows pulled from the 2020 program due to lockdown are getting a second shot at life – including The Gospel According to Paul, which sees comic actor Jonathan Biggins play Paul Keating, and Euphoria, a vulnerable, love-filled story set in a remote regional community. The third, The 7 Stages Of Grieving, is Wesley Enoch and Deborah Mailman’s funny, but deeply powerful portrait of the First Nations experience in contemporary Australia. Helpmann Award winner Elaine Crombie will star in the play, tracing seven phases of Aboriginal history.

Butel says he’d have loved to bring back the other productions nixed from last year’s program as well, but circumstances were out of his control: co-producer Sydney Theatre Company decided not to proceed with The Writer, and copyright has lapsed for Michelle Law’s Single Asian Female – though Butel is hopeful the company can stage it in the future.

Other shows on the program include a new adaptation of 1962 classic Who’s Afraid of Virginia Woolf? (“Margaret Harvey, who’s a First Nations director, has a really interesting take on what she wants to do with that classic – to explore it in a new fashion,” says Butel), and The Appleton Ladies’ Potato Race, a feminist comedy by Melanie Tait set in a small Australian town.

There’s also Slingsby production The Boy Who Talked to Dogs, which will run in conjunction with the Adelaide Festival. “It will be part immersive theatre experience, part cabaret, part Irish jig, part shadow-puppetry extravaganza,” says Butel. “And [it’s showing] in Thomas Edmonds Opera Studio at the showgrounds. Right next to the dog pavilion! So it’s kind of spookily perfect.”

The Black Lives Matter movement – and the spotlight it has shone on the importance of representation – also had a major impact on the new program.

“We’ve got an incredibly diverse season in terms of creatives and actors as well ... that is super important,” says Butel. “Any theatre company right now needs to respond to what’s happening in big world conversations. I think we can do that in the theatre in a way you can’t at home … theatre is so genuinely interactive, it’s a great place to talk about things. Even though it’s been a scary and difficult time for people, I really think theatre can be galvanising and useful. And entertaining.”

Subscriptions to State Theatre Company’s 2021 season are on sale now.