Say goodbye to Lime, and hello to Beam and Ride. Adelaide City Council has granted electric scooter companies, Singapore-based Beam and Melbourne-based Ride, permits to begin operating across the CBD from next week.

Last month current operator Lime had its temporary permit extended after a four-week pilot program during Adelaide Fringe while the council completed an expressions-of-interest process.

The Californian company failed to secure one of the two new permits and its 500 scooters will be off the streets by Monday next week.

The shortlisted operators were assessed on a range of criteria, including demonstrated ability to restrict an e-scooter’s speed and braking effectiveness. In an email to councillors, ACC’s director of operations Beth Davidson-Park said Lime “did not meet the requirements of the evaluation …” because it would not force its e-scooters to stop if they went outside the council-imposed boundaries, InDaily reports. Instead the scooters would reduce to a speed of four kilometres per hour.

The new permit is limited to the CBD, bound by West Terrace, North Terrace, River Torrens, East Terrace and South Terrace. If riders go beyond this geo-fenced area (or into Rundle Mall – where they’re not permitted) Beam and Ride’s e-scooters will slow to a stop. Restrictions will also apply to Hindley Street on Friday and Saturday nights between 6pm and 6am.

Lime Asia Pacific director of government affairs Mitchell Price told InDaily that halting e-scooters that breach the geo-fence is unsafe and could cause accidents, and has asked for a review into the EOI process.

Lime's scooters have been the cause of safety concerns after crashes in Brisbane, Auckland and Dunedin due to a technical glitch that caused the front wheel to randomly lock up. A similar injury was reported in Adelaide in February.

But Adelaide City councillor Alexander Hyde told the Advertiser last month the trial had been a “success”, “despite some scratches and bruises”.

Beam and Ride will deploy their e-scooters from Monday for a six-month period. The trial will inform permanent regulations for e-scooter operations in Adelaide.

“The first trial clearly showed e-scooters are a convenient form of transport with more than 140,000 trips recorded and we’re confident that they will continue to be popular as Beam and Ride commence operations next week,” Davidson-Park said in a press release. 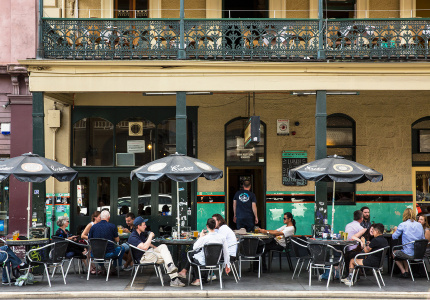