Projections to Light Up North Terrace for Fringe 2018

Get ready for nightly light shows on all the key buildings. 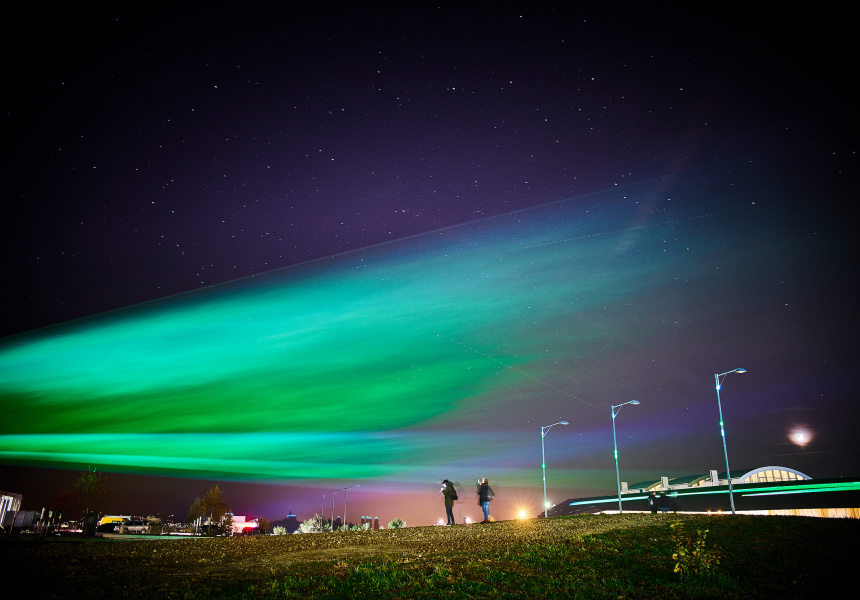 When Adelaide Fringe started in 1960, it had a distinctly local feel. A lot has changed in the 57 years since then, most of all the festival itself.

“Six or so years ago we were still selling 200,000 tickets … but what we’ve seen [in recent years] is just exponential growth in ticket sales,” says Adelaide Fringe director and CEO Heather Croall. “We’re now the biggest-selling festival in the country.” (This year the festival sold 660,000 tickets.)

The festival hasn’t achieved this by standing still – which is why next year the annual Fringe Parade will be replaced by the Parade of Light.

Buildings on North Terrace between the East End and the Riverbank will be illuminated for the entire month, echoing Melbourne’s White Night and Sydney’s Vivid. “Our job as the festival is to bring the city alive, to really create vibrancy between Fringe venues,” Croall says.

The projections will be switched on during the Fringe opening ceremony, with the State Library, the South Australian Museum, the Art Gallery of South Australia and the University of Adelaide acting as canvases. “A lot of the stories on the outside of buildings will be connected with stories inside the buildings,” Croall says.

But the biggest hype is around the ethereal Borealis installation being shipped over by Swiss artist Dan Acher. It uses powerful blue and green lasers to re-create the Northern Lights – a semi-rare phenomenon you otherwise have to travel to the Arctic Circle to catch.