A festival looking towards the future, with the help of some of the world’s best minds. 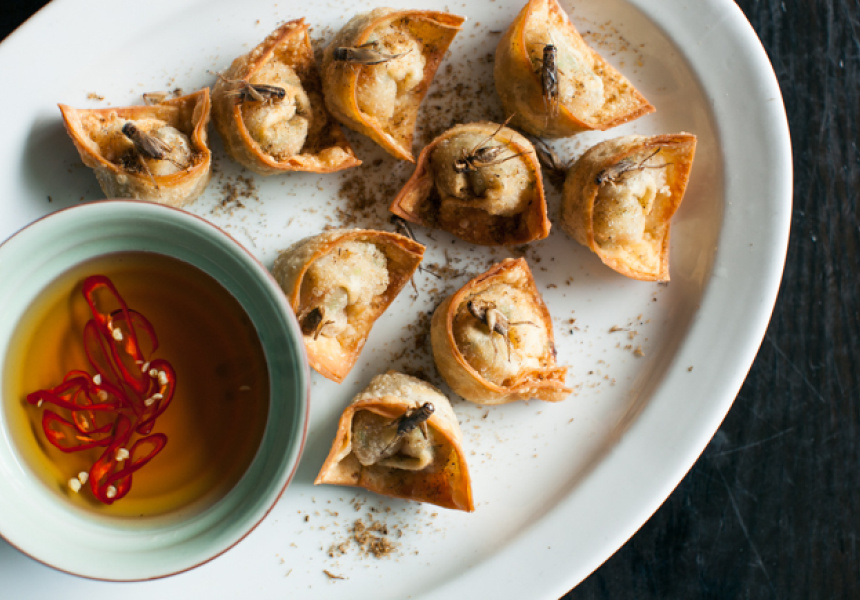 From September 28 to October 8, the ideas-driven Open State Festival will take place in and around the city. Now in its second year, the festival features future-themed talks and events, divided into six areas of focus: food, cities, planet, human, enterprise and democracy.

If you didn’t hear about the festival last time around, that may be about to change. According to program director Sarah Thomas, the festival has almost tripled in size this year. “We’ve got over 160 events,” says Thomas. “We’re going across 11 days, and we’ve got two pop-up venues going up in Victoria Square.”

And the best part? Over half of the events are free to the public. “The idea is to provide an opportunity for South Australians to come together, to hear from international and local experts,” says Thomas. “Then we try to take it one step further – we try to help South Australians turn those ideas into actions.”

With so much on offer, we’ve taken a close look through the program. Here are our picks.

Bugs! Could insects be the future of food and feed security?
If you’ve ever been curious about bugs as a food source, now is the perfect time to embrace it: with the global population on the rise and increasing demands on natural resources, the Western world is joining the conversation. You’ll hear from industry experts, scientists and researchers about the potential of insects as food, and you’ll even get to sample some, with Africola’s Duncan Welgemoed walking diners through a sampling experience.

Post Dining: Future Conversations
Remember the excitement of trying new things as a child? Post Dining: Future Conversations aims to recreate that feeling, disrupting the way people interact with food, dining and each other. You’ll be taken on a “culinary exploration” merging food with live music and performance art, and have plenty of opportunities for discussion. This event sold out at its Adelaide Fringe launch earlier in the year, so make sure to catch it this time around.

Is your diet making you dumb?
The impact nutrition has on intellectual development has long been recognised, but the finer details are often hard to understand. In this session, Dr Fiona Kerr and chef Simon Bryant will break down all of the facts, and explore how context, surroundings and emotional engagement with food can affect intelligence.

David Shah – Determining the Future
As you might expect from a publisher of the Pantone Colour Bible, David Shah is one of the world’s leading trend forecasters. He’ll be in Adelaide to share his experiences, predict future trends, and talk about what we can learn from various industries to apply to our towns and cities. Thomas says Shah will be able to give audiences “a snapshot into the future.”

The Art of Flying Kites
Apart from cheering at the end of a song, concerts are traditionally a passive experience for the audience. This project aims to challenge that. Come along to see how these sound and video artists encourage individuals to engage with music differently, and experience the performance in their own way.

Designer Scavenger Hunt – Discover your City
Adelaide may be a small city, but that doesn’t mean there aren’t surprises to be had. On this scavenger hunt, you’ll be given clues to follow to find the city “in-transition”, including design highlights and lesser-known spots. To celebrate the journey, food and drinks will be provided at the end of the hunt.

The Benefits of Nano Biotechnology with Prof. Oded Shoseyov
Science is often hailed as the answer to food or medicine shortages, but there are questions still to be asked: will the public accept it as a solution? And how far along is the science exactly? Professor Oded Shoseyov will discuss his extensive experience in the area, and his optimism for the field’s future. “The sort of work that he’s doing in his lab is creating replacement human organs out of plants,” says Thomas. “He’s talking about what appears to be science fiction, but that’s actually happening right now.”