Opinion: From Hubris to Uncertainty and Now What – This Is the Mood in Adelaide Right Now

Let’s be honest, SA has had it pretty good, swanning around maskless and fancy-free, writes Andrew P Street. But this week we were reminded that the virus isn’t taking the holidays off – and everything really can go to hell (and to panic-buying) in a matter of hours. Well, that was sudden.

On Sunday I was at my sister’s birthday party wondering if another drink was a good idea with a busy week ahead. And looking back I’m glad I had it, since that week got a whole lot less busy real fast.

One other thing I did was finally book tickets for an interstate Christmas trip to see family and friends. And in the made-for-television version of this story playing in my head, the receipt of the flight itinerary is immediately accompanied by a pop-up news alert reading “SA Records New Local Covid Case”, accompanied by a record scratch and a hard cut to Premier Steven Marshall announcing that SA was going on a six-day “community pause” during which everyone deemed a non-essential worker would be confined to their homes.

Those six days involve restrictions that are even more harsh than those imposed on Victorians earlier this year – no exercising exemptions, no takeaway or food delivery, no retail outside of supermarkets – and they’re state-wide, despite the cases being largely restricted to the northern suburbs of Adelaide.

And then, exciting plot twist: it turned out that everything we thought we knew about the spread of the virus was – dum dum dah! – based on someone giving false information about buying a pizza from a Woodville takeaway, when, it turns out, they actually worked there.

The result is that the restrictions are being lifted more hastily than we had expected. Adelaide is responding to the news by accepting people in insecure employment might have reason to lie about their work and people, when dealing with an emergency in haste, might make mistakes. Sorry, that should read “SA is responding with apoplectic fury and calling for the person in question to be fired into the sun”.

But now, until Sunday when the restrictions roll back, Adelaide’s CBD is deserted, and our new mighty Metal Pigeon holds a lonely vigil.

It’s much quieter out there than it is in our house right now, mind. In the Street household, things are pretty damn loud – one member is an essential worker working five days a week, and the other inhabitants are a freelance writer, an almost four-year-old who’s very unhappy about his baseball and swimming lessons being taken from him by “the dumb germs”, and a 20-month-old who decided to go hardcore with texta-applied lockdown tattoos on day one and keeps standing at the front door yelling “park!” to no avail.

I’m already getting flashbacks to the uncertainty and stress of Lockdown #1 earlier this year, where being the sole parent looking after two very, very engaging children with frustratingly unsynchronised sleep cycles made for a high-anxiety wait for the return to something approaching normal.

And while South Australia was pretty united in support of the decision for a six-day “community pause”, the new development makes that far less likely in future. Now we have the fear of another outbreak and lockdown peppered with the spicy possibility it’s actually all a mistake and the authorities are overreacting. You know, that institutional distrust, which is working so gosh-darn well in the US right now.

Of course, panic-buying of toilet paper seems like something we will always get behind. It already begun on Monday, as eight-hour queues at Covid-testing centres began to snake through the suburbs. There was also a desperate rush on liquor stores too, which ramped up to hysteria after Channel 7 reported bottle shops would also be shut as of Wednesday night. Honestly, people, have some dignity.

That said, Adelaide’s had it ridiculously good so far. While Queensland and New South Wales have been grappling with localised outbreaks, and Victoria has made a Herculean effort to quash a major second wave, SA residents have been swanning around maskless and fancy-free. This short, sharp shock serves as an important reminder that the virus isn’t taking the holidays off.

So things are loosening up again as of the weekend, which should be a relief. But I hate that this is what Covid-normal feels like: you make plans knowing that everything could go to hell in a matter of hours. Even if we do mask up and get on the plane as planned, what happens if there’s another border shutdown? Do we have to factor quarantine fortnights into each end of every potential interstate jaunt? And where the hell does my child get those textas from? I tell you, those scribbles are not coming off, no matter how aggressively I scrub his adorable little legs.

So for now, we in Adelaide sit and wait. And prepare for the future in which we read our children from the modern fable, The Boy Who Cried Covid.

Andrew P Street is a freelance journalist living in Adelaide. 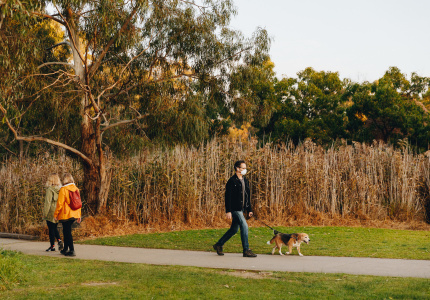 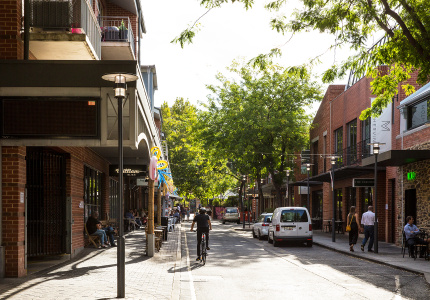 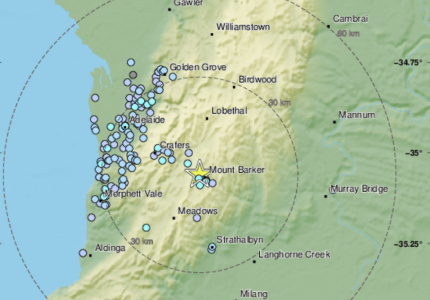