A huge step for marriage equality is a result worth celebrating. Today and tonight, here’s where you can. 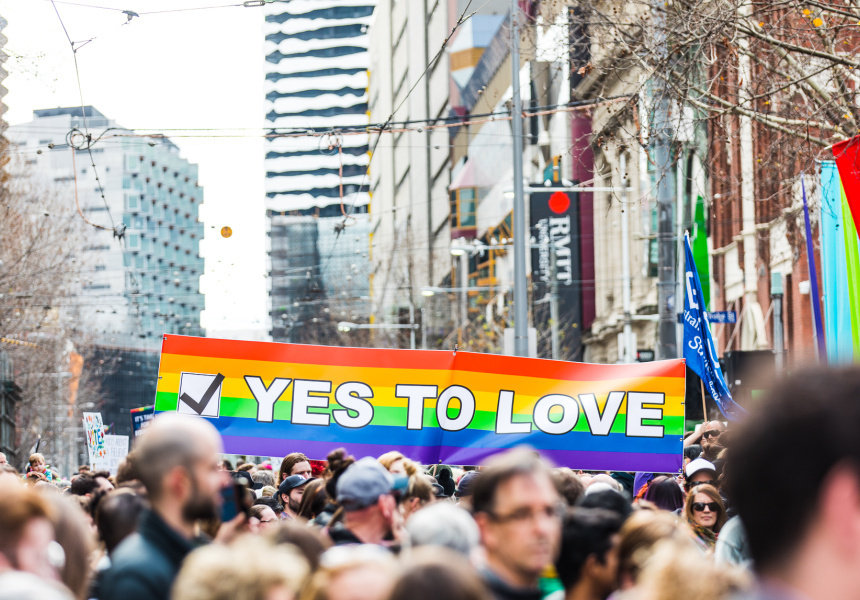 After a long, bruising and divisive campaign, the results of the same sex marriage survey have been announced, with Australians saying Yes to equality.

61.6 per cent of Australians voted in favour of same sex marriage in a voluntary ballot in which more than 12 million people participated (a turnout of 79.5 per cent).

Yesterday’s final polls had the Yes vote in front. But in a post-Brexit, post-Trump world, nobody was prepared to put their faith in anything but the final result.

Yes, the survey was needless, and needlessly harmful.

And yes, right now the forces against marriage equality are mobilising to continue delaying any opportunity for real change.

But at the same time; yes. This is a win. It is meaningful, it is wonderful, and it’s worthy of celebration.

In South Australia, 62.5 per cent of voters said Yes, with a majority Yes result in every electorate.

Scores of people, armed with umbrellas, packed out a damp Hindmarsh Square to hear the announcement this morning. Celebrations continued until 12pm, with live performances and food trucks. See our full gallery here.

An official after-party at the Crown and Anchor will run from 12pm to 6pm with $5 pints of pale. 'Say I Do' bubbles will be available from the Sparkke Change Beverage Company, with proceeds going to the Equality Campaign.

For the full breakdown of stats head to marriagesurvey.abs.gov.au/results/.