The principal released a statement this afternoon. 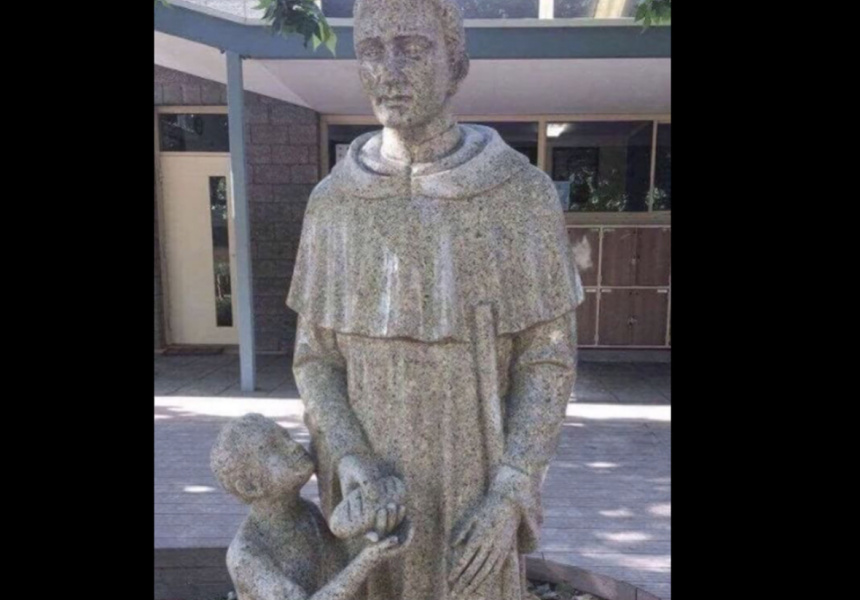 Here’s a story we didn’t expect to read or write today. This afternoon Blackfriars Priory School in Prospect copped a bit of media attention for an unexpectedly suggestive sculpture on its grounds.

Our friends over at Blackfriars Priory School this week unveiled a new statue... it has since been covered with a black sheet and we understand that a meeting will take place to discuss the future of the installation... #stillbetterthanrundlemall #adelaide #sagreat #shitadelaide

The stone statue, which depicts Saint Martin de Porres handing a poorly positioned loaf of bread to a young boy, was unveiled by the school late last week. But within days it was covered up, and later cordoned off, after students began taking photos with it and, naturally, posting them to social media.

School principal Simon Cobiac has since released a statement on Facebook, apologising for the “potentially suggestive” statue. He says the sculpture was developed in Vietnam and only viewed prior to the unveiling in the early planning stages.

“As a consequence, the statue was immediately covered and a local sculptor has been commissioned to re-design it. The School apologises for any concerns and publicity generated by this matter and is taking action to substantially alter the statue.”

The story has caught attention nationwide in all corners of the media. A picture of the statue on local Instagram account Shit Adelaide has racked up 2,800 likes. Several inspired “takes” have followed, including this very South Aussie image.