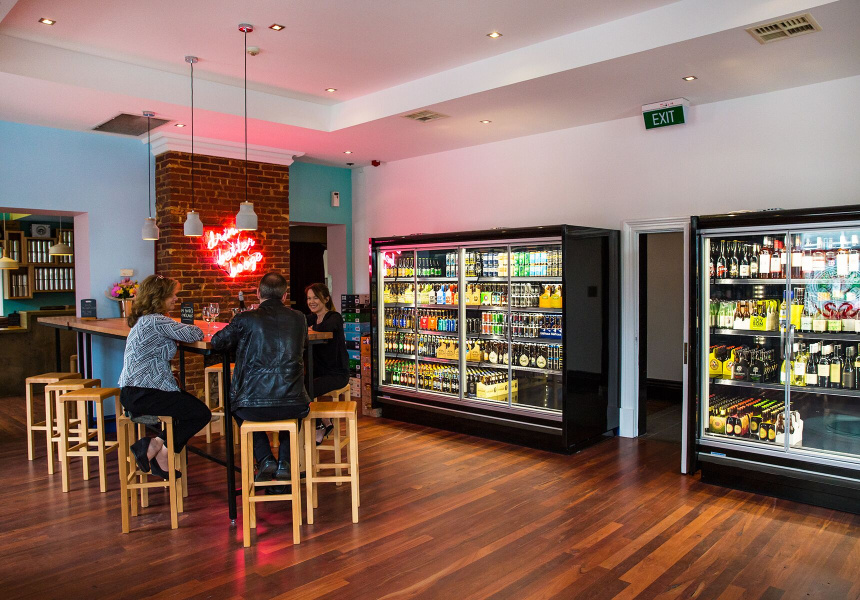 In 2016, Kings Head publican Gareth Lewis opened a bottle shop just over 100 metres from an existing one, "because BWS is shit".

At the very least, Sturt Street Cellars’ approach is very different. Like the hotel that houses it, this bottle shop sells South Australian-sourced beer and wine. It also reflects the boom in craft spirits over the past five years by stocking only locally produced spirits. That means plenty of aperitifs and gin.

Free tastings are held three times a week and there are also masterclasses in the cellar. Rotating art installations decorate the space and Lewis works with wine and beer producers to schedule launches at the venue.

Of particular interest to beer lovers is the impressive "crowler" machine. This contraption seals freshly poured brews from the four taps into 948-mililitre cans that will keep for two weeks. These taps rotate regularly and include a range of limited releases and keg-only offerings from smaller breweries, so this is the only way to take some of these beers home.