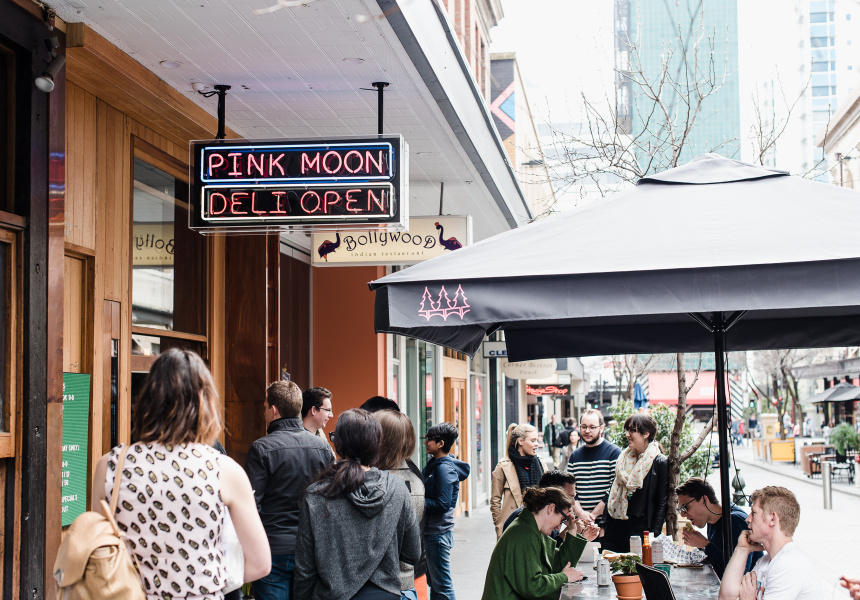 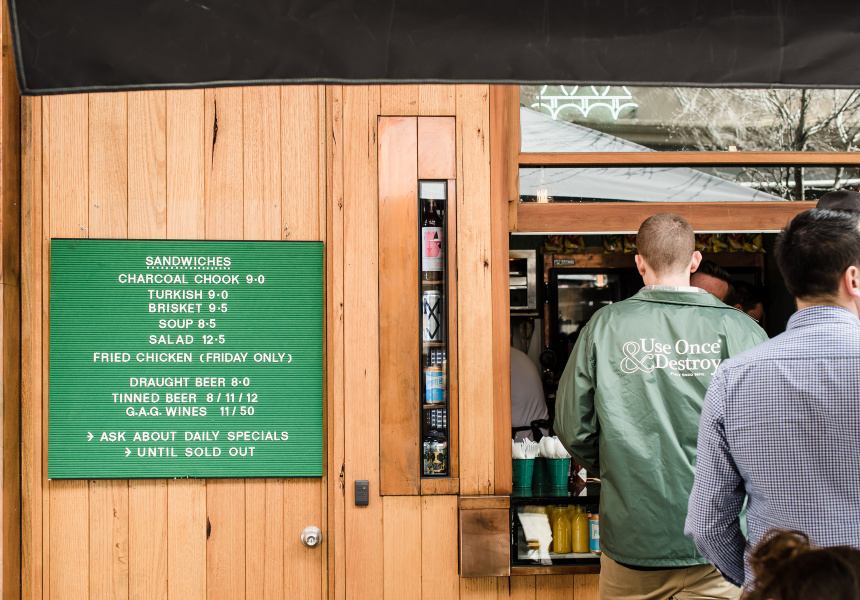 With a focus on the much-loved Pink Moon Club Sandwich, Pink Moon Deli combines wood-fired meats and veg with a more casual lunch service. It’s a little hangout for locals from the Leigh Street precinct. The menu centres around Matthew Standen’s wood oven in the Pink Moon Kitchen, which means sandwiches are filled with slow-cooked chicken, brisket or eggplant. On Fridays, there's spiced fried chicken with pickles and house mayo.

Partners Standen, Marshall King, Josh Baker, Crispian Fielke and Dana Whyte jumped at the chance to spill over into the neighbouring site. The expansion brought an opportunity to offer some more playful and casual items, such as fresh orange juices and snow-cone cocktails for summer, as well as filter coffees and tap beer and tinnies for the lunch crowd.

The opening hours are dictated by popularity and the weather, but expect some late evenings featuring crisp ales and fried snacks, and plenty of early, coffee-filled mornings.