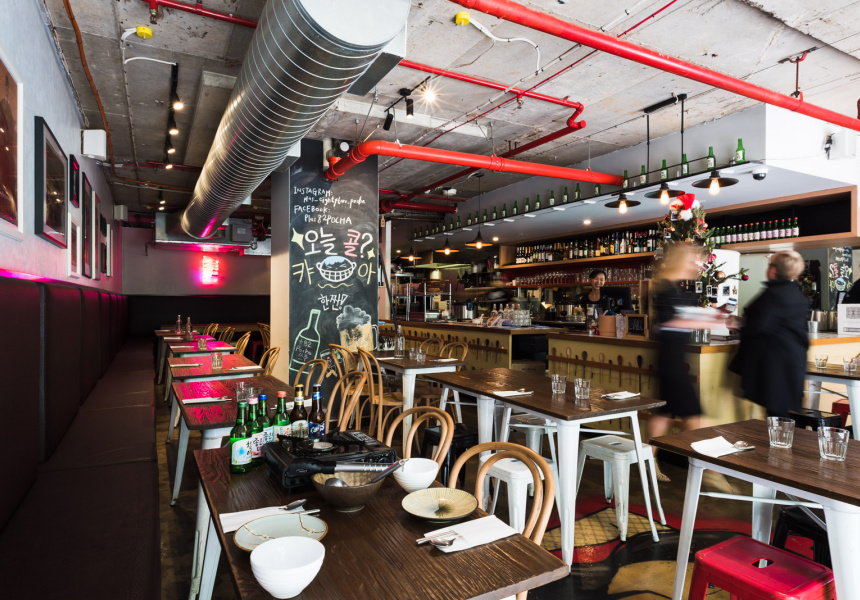 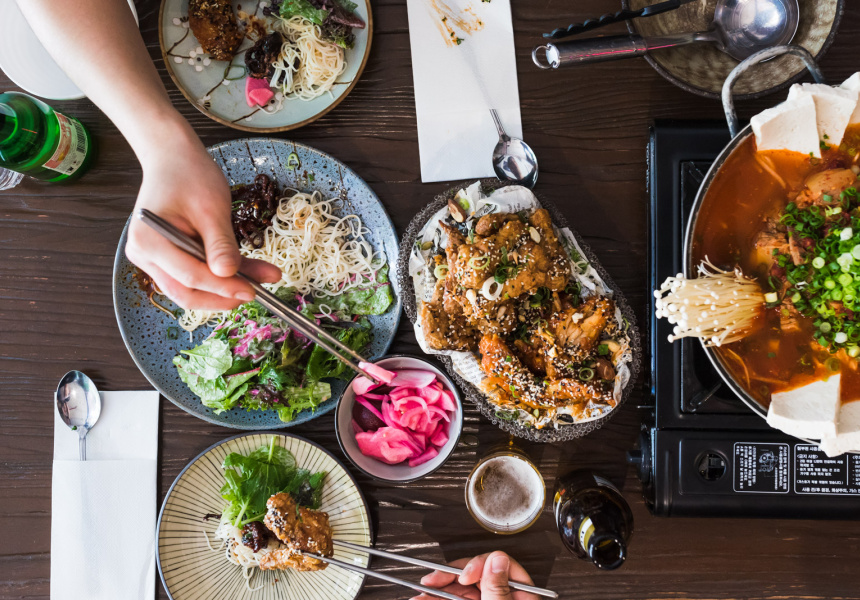 In South Korea, pocha – short for pojangmacha – is a street stall where you can eat, drink and socialise late into the night. Together with head chef and interior designer Janghoon ‘Kurtis’ Choi, restaurateurs Steven Lee and Hyunwoo Kang hope to recreate that atmosphere at Plus 82 Pocha. The Grenfell Street restaurant was the group’s first venture, and it put their name on Adelaide’s food radar. Since then, they’ve opened Korean barbeque joint Plus 82 Gogi and modern Thai restaurant Mimi.

Korean music – primarily pop and hip-hop – is on heavy rotation at the restaurant, and the walls are decorated with pictures and facts about the country. The space is relaxed and open, and perfectly suited for birthday parties – and many are held here. When the team find out someone is celebrating a special occasion, it all happens like clockwork: the lights are switched off, birthday music is turned on and drinks are made (a highlight is Kang’s soju bomb, which is a shot of soju dropped into beer).

While traditional Korean dishes are available, the menu leans towards modern-Korean fusion. The most popular item is the Korean fried chicken: the restaurant goes through over 100 kilograms of it every single week. Varities include original, snow-cheese powder and sweet chilli. Other dishes include tteok-bokki (a spicy stir-fried rice cake cooked in gochujang, a red chilli pepper paste), jeyuk (spicy pork) and kimchi pancakes.