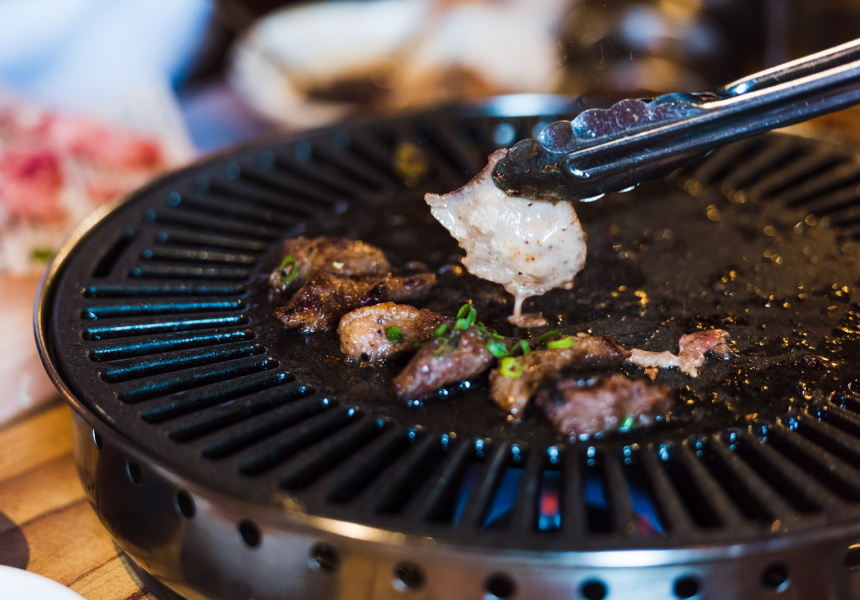 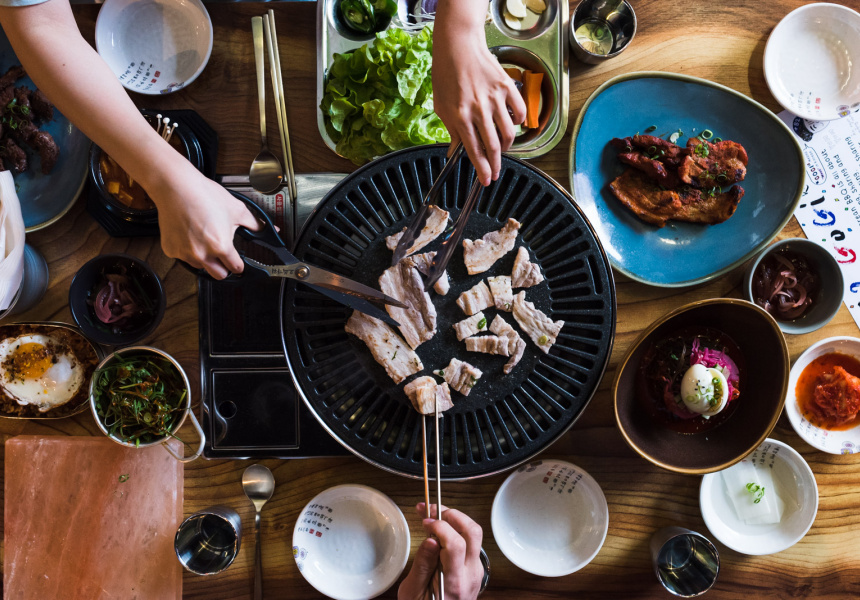 Plus 82 Gogi, tucked away in the former Mama Jambo space on Eliza Street, is a largely traditional Korean barbeque experience – with a few tweaks – in Adelaide’s west end.

Like most Korean barbeque restaurants, everything at Gogi is intended for sharing. To make things as breezy as possible there’s a set menu, where the biggest decision you’ll have to make is which gogi (meat) you would like to cook on your table’s grill (choices include beef ribs, pork belly and ox tongue).

Banchan (small side dishes) include kimchi, pickled radish and mixed vegetables. A spicy noodle salad comes with every set menu, too; it’s a combination of noodles, kimchi, mushroom, apples and assorted vegetables.

Gogi’s signature dish, “shake shake rice”, is a kimchi fried rice topped with a sunny-side-up egg. It comes in a container, designed so customers can literally shake the ingredients together (barbequed meat can be added to the mix, too).

The high-ceilinged space is relaxed and open, decorated with jiwusan umbrellas and contemporary Korean art from Seoul.

Gogi is the third venture from the Plus 82 group (which is also behind Plus 82 Pocha and modern Thai restaurant, Mimi).