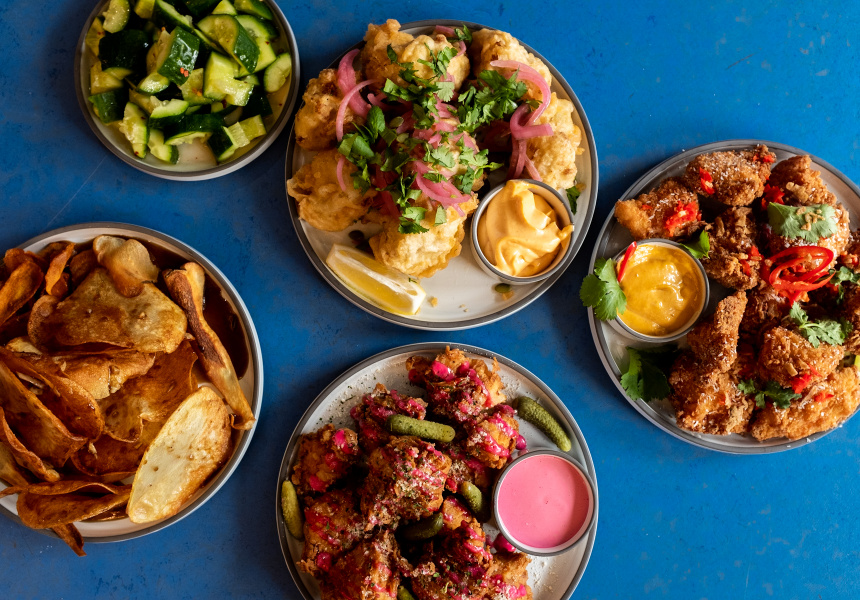 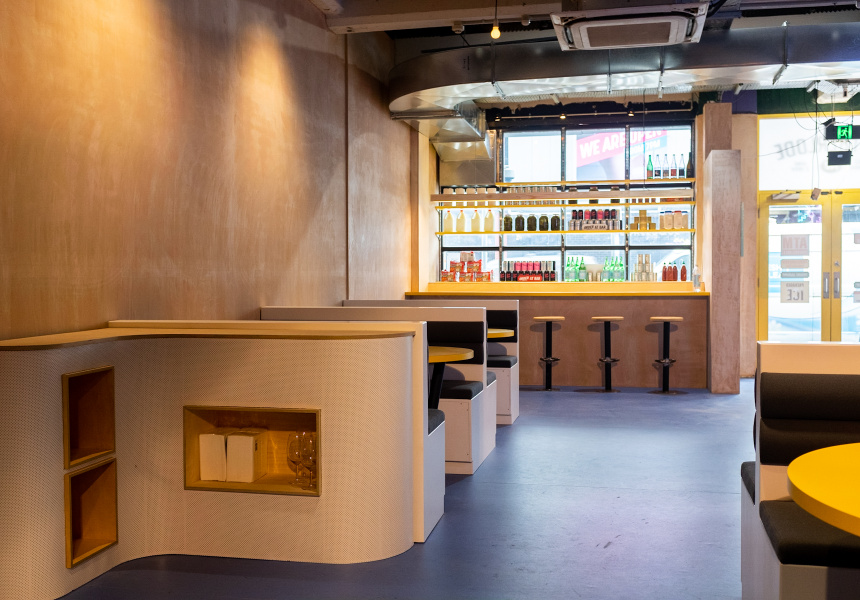 Juicy and crispy. That’s the key to making a tasty chicken nugget, according to Chet O’Brien-Tilbrook. And he should know, he's one of Adelaide's best-known nugg purveyors. Motherlode Nuggeteria is his ode to all things fried chook.

O'Brien-Tillbrook spent four years selling chicken nuggets under the Motherlode brand, and they garnered a substantial following in the process. In 2021, he finally found some permanent digs on Hindley Street. The result is a 50-seat restaurant on Crippen Place in the site formerly home to Mr Kim's – the ground-floor club between Rocket Rooftop and Electric Circus.

Its tiled facade on has been scraped off to reveal the rustic stone building underneath, and the faded VHS covers that once filled the video-store-style shopfront have been replaced with beer cans, San Pellegrino bottles and milk cartons to emulate a convenience store.

The menu is a cuisine-hopping line-up with toppings such as honey sriracha, satay and mi goreng. Fixtures include nuggets marinated in laksa, coated in a coconut-panko crumb and topped with pickled red chilli, coriander and fried shallots. And nuggs marinated in buttermilk and tossed in a parmesan spice “dust” and topped with freshly shaved parmesan, pink mayo and cornichons.

Sandwiches include Motherlode’s popular chicken, lettuce and mayo, and crispy cauliflower. There'd also a selection of sides, salads and desserts.

As for drinks, expect Youngblood beer on-tap and in cans, and a tap reserved for a rotation of Australian brewers. Victoria’s Konpira Maru makes up the core wine range, backed by three drops from a featured local winemaker each month. There’s also a small selection of cocktails, including spiked sodas, and a big selection of non-alcoholic wines, beers and mocktails.

A takeaway window faces Hindley Street for office workers and university students to grab sandwiches, batch-brew coffee and drinks during lunch. In the evenings, the venue is a small bar, so patrons can kick on after the kitchen closes at 11pm.