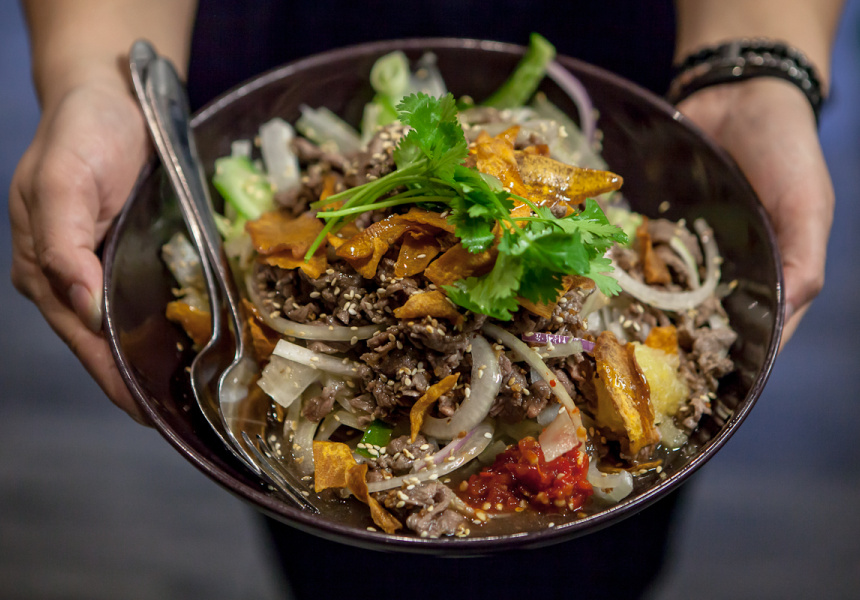 Little NNQ’s fit-out is more sophisticated than that of its older sibling, Woodville’s popular Nghi Ngan Quan. But fans of the original – which was first located in the backstreets of Ferryden – can rest easy. The restaurant has lost none of its authentic and affordable charm by opening in the city.

The menu is a concise selection of the best of Vietnamese cuisine, with nearly every option under $20. Start with the cold rolls, served DIY style. Then enjoy warming soups and pho, noodle and rice dishes, and larger mains such as duck and banana blossom salad, chargrilled scotch fillet with watercress, and fried snapper in tamarind sauce. Owner Jennifer Luong’s mum, Huong Ngo, works the pans.

The beer selection is a quick trip around the world, including a couple of Vietnamese drops (333 and Bia Ha Noi). There’s also a selection of South Australian wine, but it’s worth trying the Vietnamese influenced cocktails. The four signature varieties reflect the personalities of the family’s four pets, such as The Obedient Nikki (coriander, grapefruit, lime, Campari, vermouth).

Along with the outstanding food, such offerings elevate Little NNQ above the many cheap and cheerful Asian joints on Gouger Street. Although the interior’s rough wood and exposed bricks suggest Vietnamese street culture hasn’t been totally forgotten.