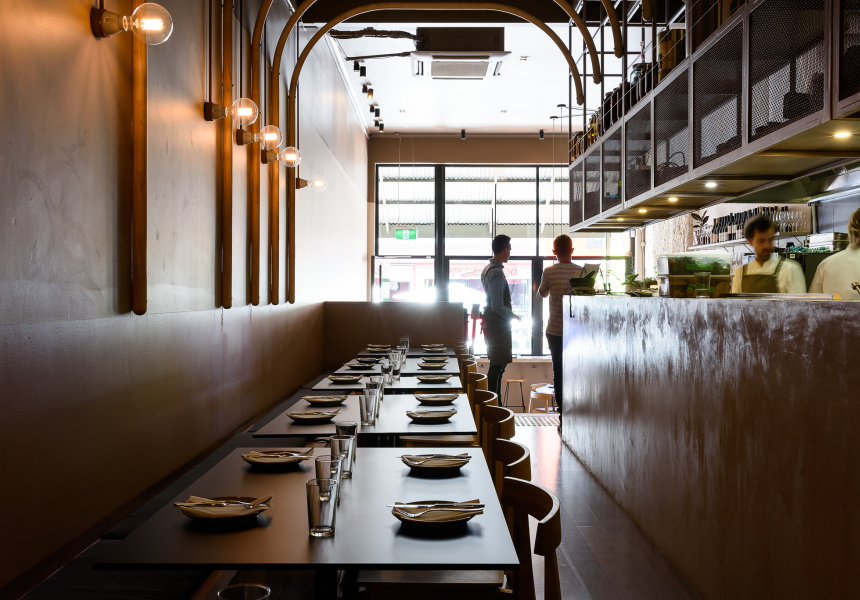 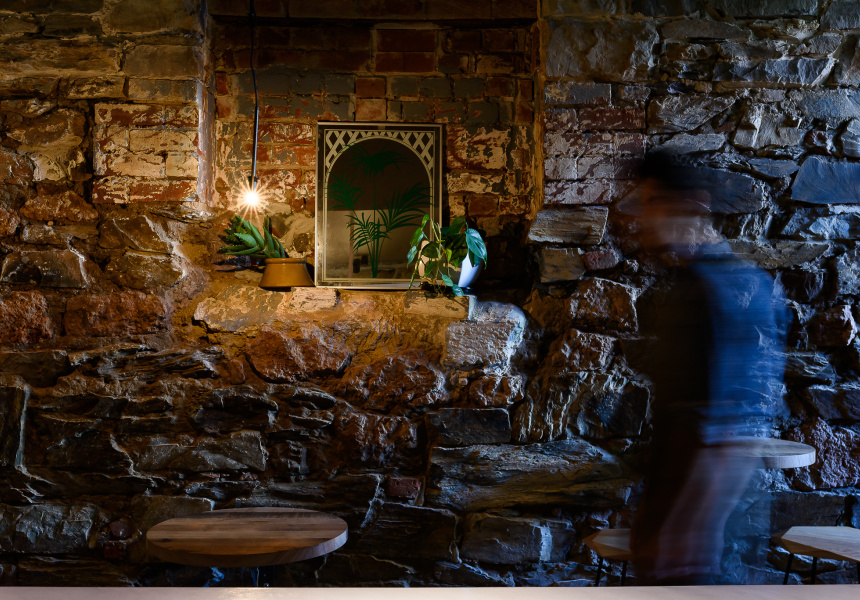 Before even starting the arduous rebuild of the site Iberia is on, co-owner Tom Roden (Exchange Specialty Coffee) and his business partners – brother James and long-term friend and chef Andrew Douglas – started cultivating an organic kitchen garden in Balhannah. For now, the yield is supplemented with produce from local growers, but the long-term goal is to be mostly self-sufficient.

The venue is inspired by the cuisine of the Iberian Peninsula, which encompasses Spain and Portugal (and smaller territories Andorra and Gibraltar and a bit of France).

Chef Douglas’s menu is in four sections: preserved meat, fish and vegetables (think pickled, fermented, cured and dried); single items; larger plates; and dessert. There is a focus on vegetables and seafood, and not much red meat.

The open and light dining area at street level complements an intimate basement bar below, which has retained the original stone walls. The drinks list balances imported Spanish wines with low-intervention local wines and cocktails. But the focus here is on sherry and vermouth, no longer considered contents of grandma’s liquor cabinet.