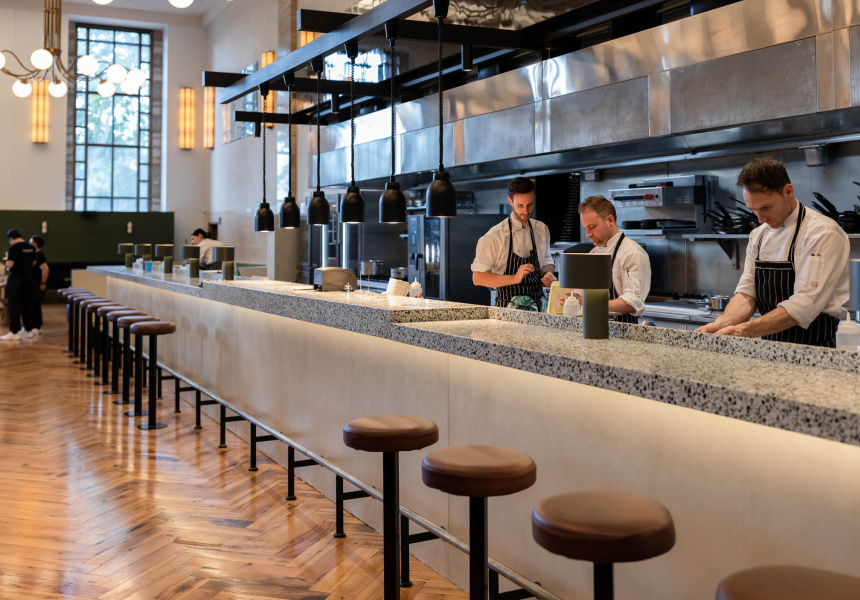 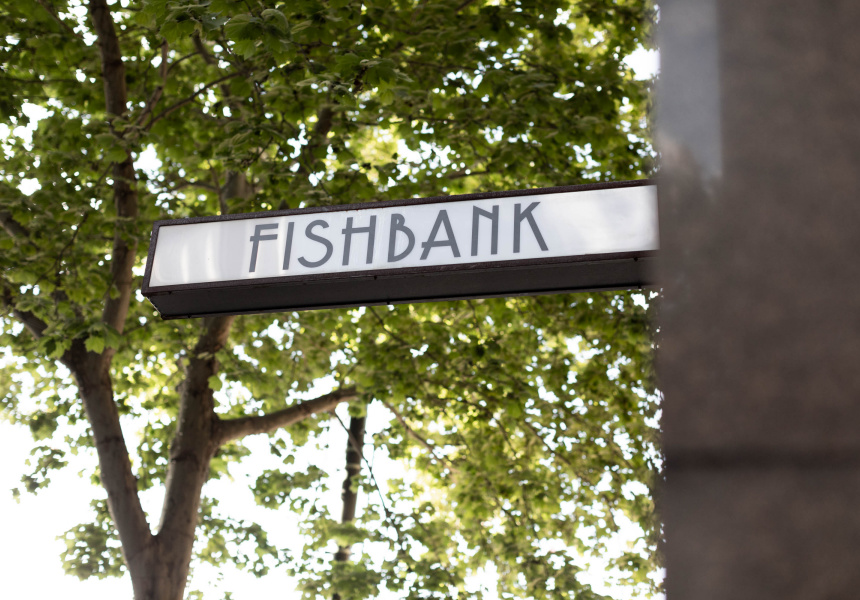 Angasi oysters were once harvested to the brink of extinction in Australia and are a rare sight on local menus. But you can order a dozen from Fishbank – a restaurant in the old Jamie’s Italian space, a grand former bank building on King William Street. It's by Martin Palmer and Ed Peter, the partnership behind upstairs bar and restaurant 2KW.

The blues and whites of the furniture and branding were a collaboration between architects and designers Mark Folland, Claire Kneebone, Mo Hardy and Ali Palmer. The 20th-century former Westpac building provides an old-school sense of glamour.

The menu spans everything from fish and chips to beluga caviar. Influences are varied – from French and Italian to Malaysian and Chinese. Smaller dishes include a pickled squid salad with black pudding and burnt apple; wok-fried pipis in an XO sauce; and crab remoulade with avocado, finger lime, chives and rye crackers. Larger options include Murray cod with Sichuan eggplant and Chinese black vinegar; panko-crumbed flathead kiev with garlic butter and mushy peas; and wok-fried mud crab in a chilli-coconut broth.

Fishbank is open every morning for coffee and pastries from Uraidla Bakery, and stays open until late for meals and drinks. Even the cocktails are fish-themed – among them are Dorsal Gin (gin, bianco vermouth, fennel and citrus bitters), Now You Sashimi (vodka, wasabi, yuzu, mandarin) and Romp in the Sand (pisco, coconut, passionfruit, lime and seafoam.)