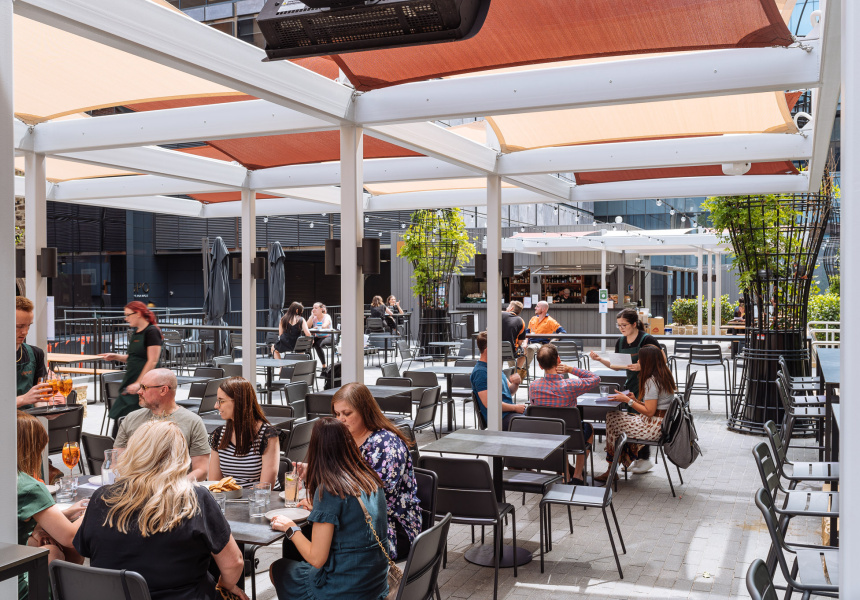 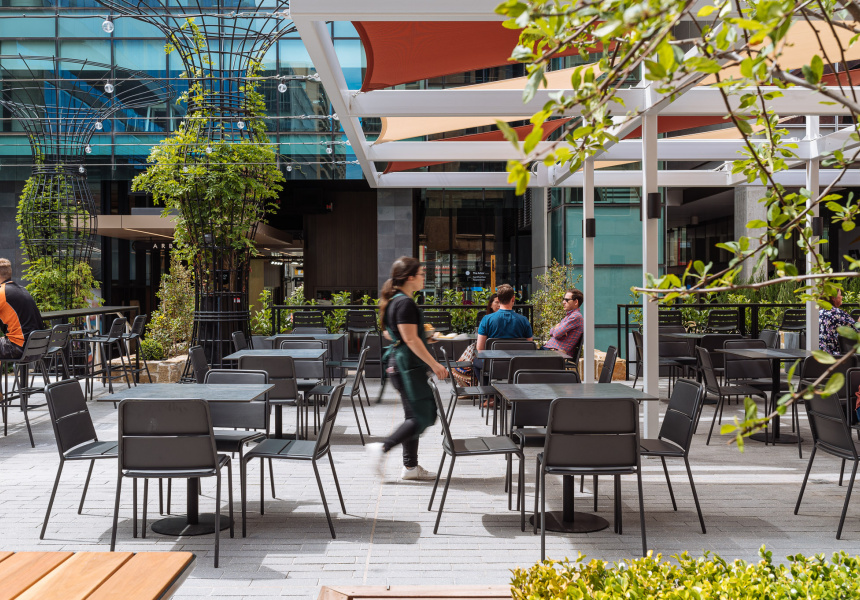 Eleven is an open-air venue, in a courtyard surrounded by office buildings just off Waymouth Street, that's licensed for 200 people.

Themys Chryssidis and co-owner (and ex-Masterchef contestant) Callum Hann, who also run Sprout Cooking School together, have made full use of that space to create a versatile venue that caters to the morning coffee crowd, as well as offering lunch, elevated bar snacks and pre-dinner or post-dinner drinks. Insulated from nearby traffic by the towering office blocks.

Chef Dan Murphy and sommelier Geoffrey Hunt have both come from Appellation in the Barossa, coincidentally joining at about the same time Hann and Chryssidis opened Barossa eatery Lou’s Place at Lou Miranda Estate. The bar’s drinks list skews local, with a few surprises from further afield such as a Greek rosé and Sullivans Cove brandy. And there are plenty of spritzes and sparklings to suit the outdoor location.

Limited prep space means the menu is tight, but it currently includes a fluffy duck-liver parfait with marmalade and oat cracker, and a lobster roll (on a brioche bun) with crunchy iceberg lettuce, dill and crème fraîche that’s already become a crowd favourite.

There are also two heartier lunch options (including one that caters to dietary requirements) that change weekly. In the mornings there’s coffee from Mitolo and Abbots & Kinney pastries.