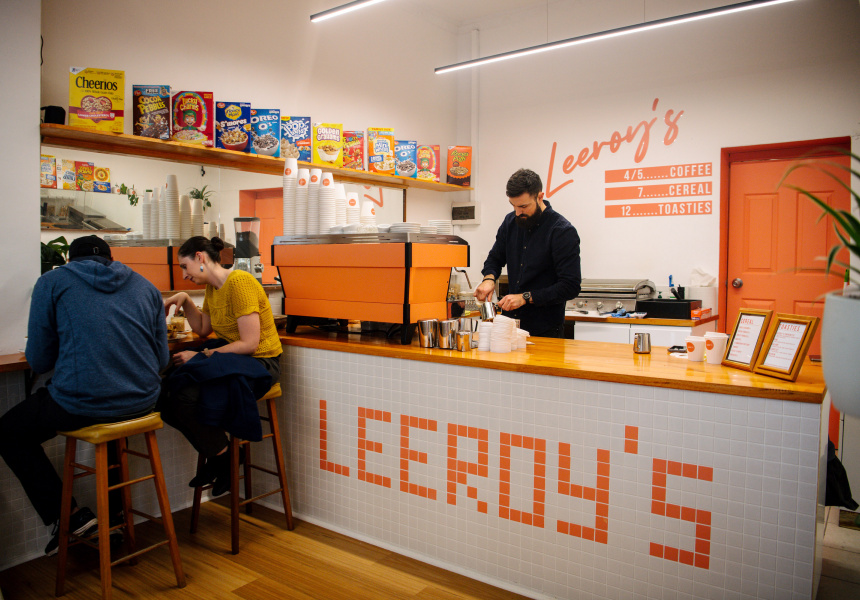 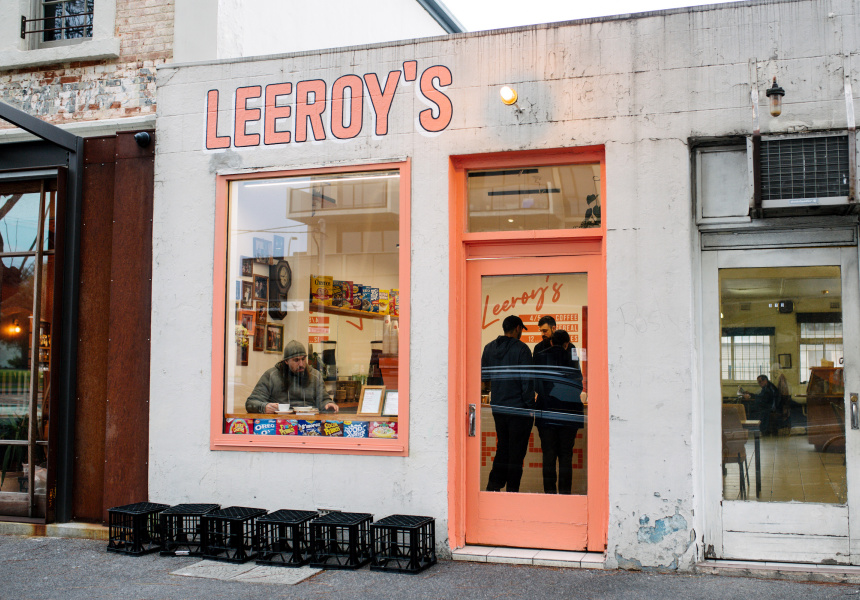 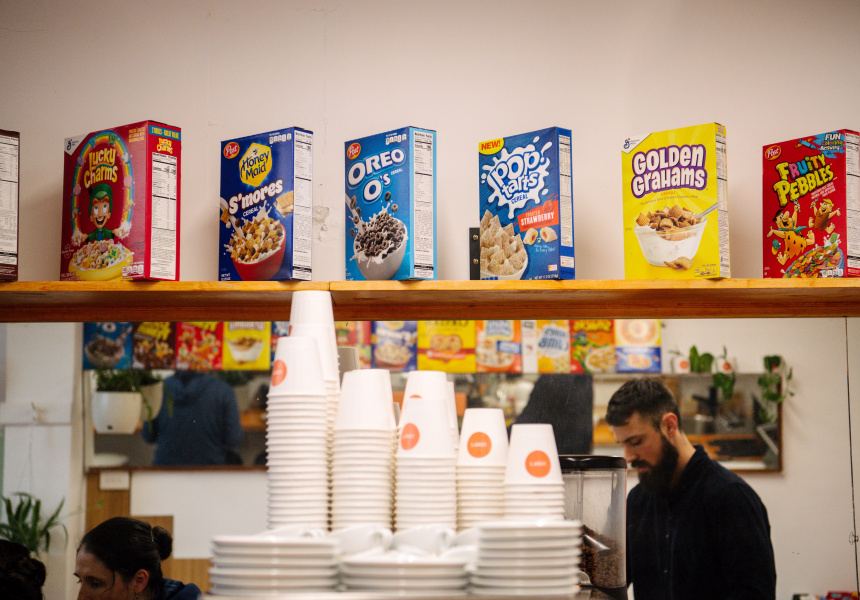 When the UK’s first cereal-themed cafe opened in London in 2014, it was met with scepticism. Why pay cafe prices for something you can easily make at home? In the intervening years, cereal cafes have quietly – but surprisingly steadily – been opening across the globe. And when Leeroy's opened in 2020, Adelaide got itself one.

Co-owner Emmanuel Tsacos says that there's a distinction between eating a bowl of cereal at home and in their cafe. That's fair, especially given Leeroy's exclusively stocks cereals from abroad that are harder to find in Australia. This is a Weet-Bix free zone.

Old friends Tsacos and George Rhigas, along with mate and co-owner Bojan Gasic, dreamed up the idea while working together at Findon cafe 94 West. Rhigas had long wondered what to do with the Morphett Street space – it was previously his great-grandfather’s barber shop for 70 years. The friends renovated the space themselves. The original walls and exterior are largely intact, with the addition of bright, peach-coloured paint: around the door and windows; on the counter tiles; and on the ‘Leeroy’s’ lettering out front. Indoor plants and old photographs hang on the walls, adding to the nostalgic, homely atmosphere.

Cereal boxes are lined up on a shelf by the counter. Selections change over time, but when Broadsheet visited, the all-American offerings include Lucky Charms, Cocoa Pebbles, Pop-Tarts Cereal and Reese’s Puffs. There’s also D’Angelo coffee and a small range of toasties, including the signature “Leeroy’s Favourite” (goat’s curd, toasted walnuts, rosemary and honey). Plus sweet pastries, too.