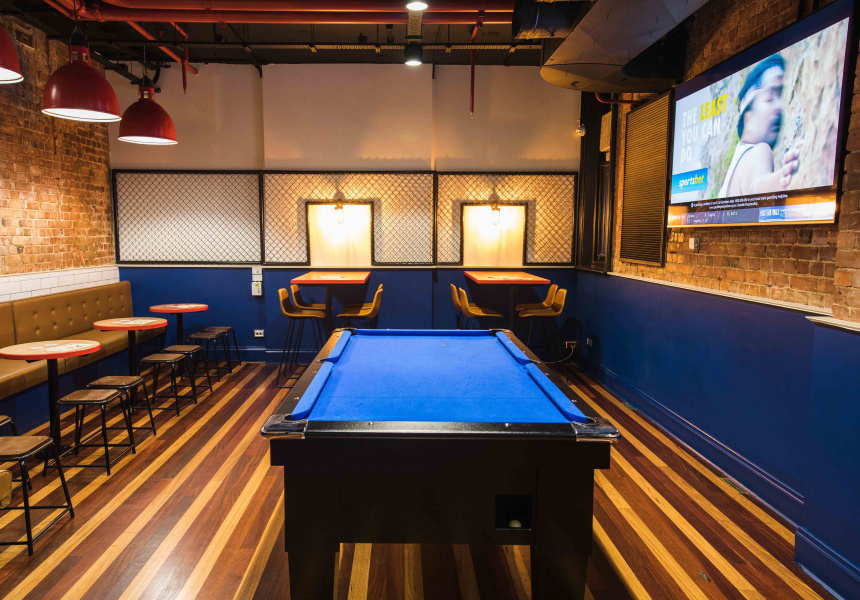 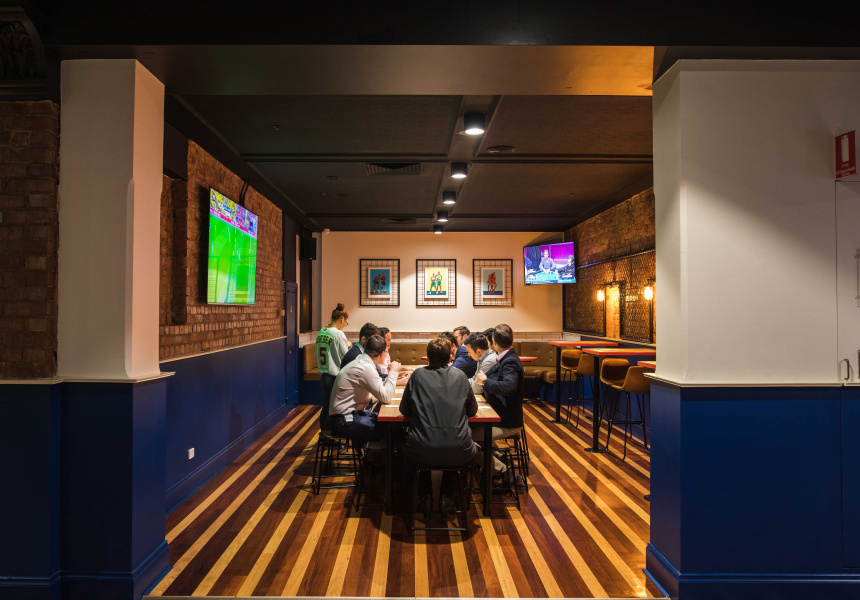 When the former Jack Ruby site beneath King William Street became available to lease, Tomas Smith saw his chance to open his dream sports bar. While there are decent places around town to watch sport, Smith thinks that we're lacking the sort of sports bar that's on practically every street corner in the US.

Wing It fills that void with an Americana theme and a tried-and-tested formula: hot wings, cold beer and live sports every day. It’s a joint venture by Smith, Kyle Young and Steph Gibbs, who also own tapas bar La Rambla and cocktail bar Therapy on Peel Street.

The existing layout leant itself to sports-watching, says Smith. The space's many different nooks and crannies lend themselves well to lots of different sports being played with-sound on.

At least three games screen at any one time across 10 screens. There's NBA, NFL, NHL and Major League Baseball from the States, as well as AFL, cricket and NRL.

If spectating doesn’t quite cut it there’s a pool table and dartboard.

Hungry work, either way. Pull up your sleeves for a basket-full of wings. Some weeks they churn through up to 300 kilos of wings alone. They come by the kilo – or half – and are slathered in your sauce of choice (try buffalo, tonkatsu or Thai nam jim). Cauliflower “wings” are a vegan alternative. There’s also a buttermilk fried chicken burger, crispy-chicken tacos and loaded fries.

All chooks, sourced locally by Something Wild, are organic, free range and grain fed. You’ll get your hands dirty, but keep your conscience clean.

Quintessential American brews, such as Coors and Blue Moon, are on tap alongside a few local draughts. Or there are tinnies of Pabst Blue Ribbon, Brooklyn Lager, and Coopers Pale and Session Ales. A portion of the sales of “Coors for a Cause” (and all pool-table profits) goes to Hutt St Centre, which combats homelessness.

The easy-drinking wine list is SA-only, and there are three cocktails – an Old Fashioned, a Negroni and a Margarita.