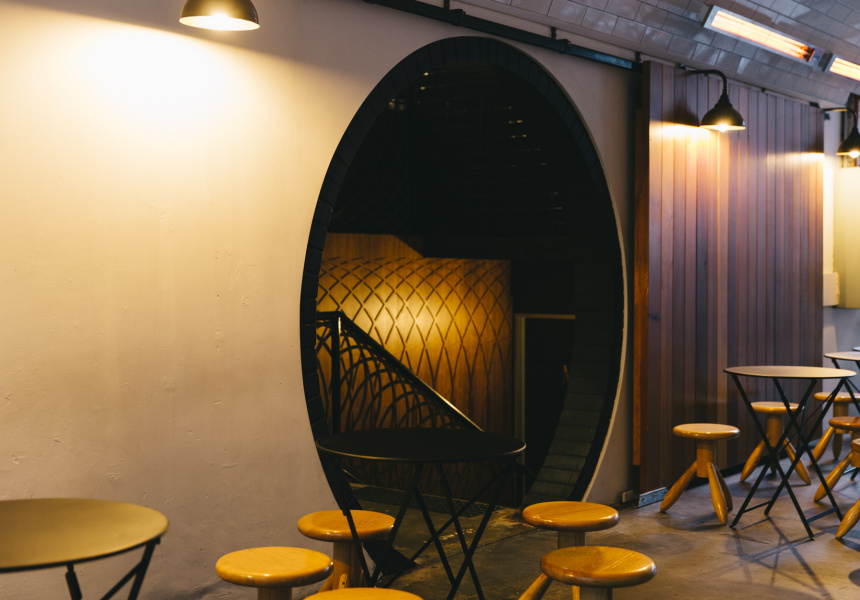 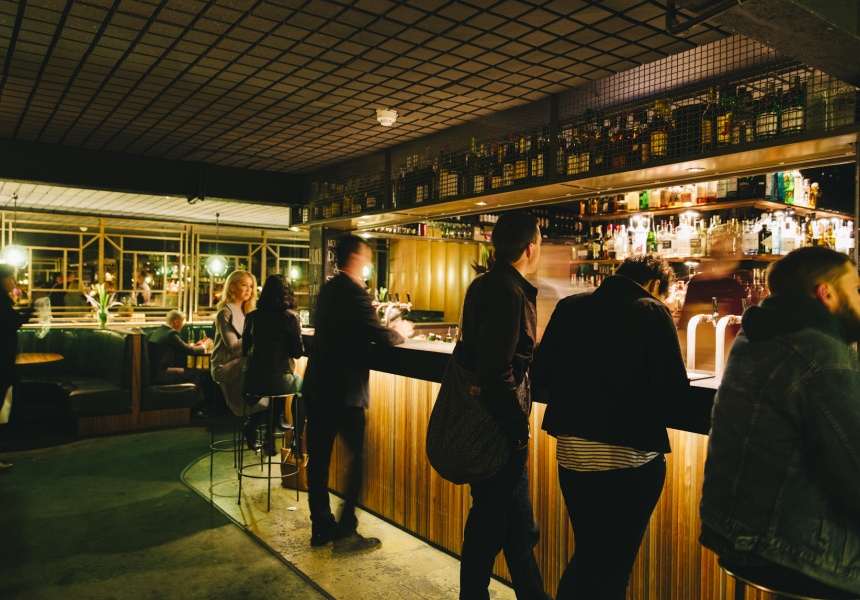 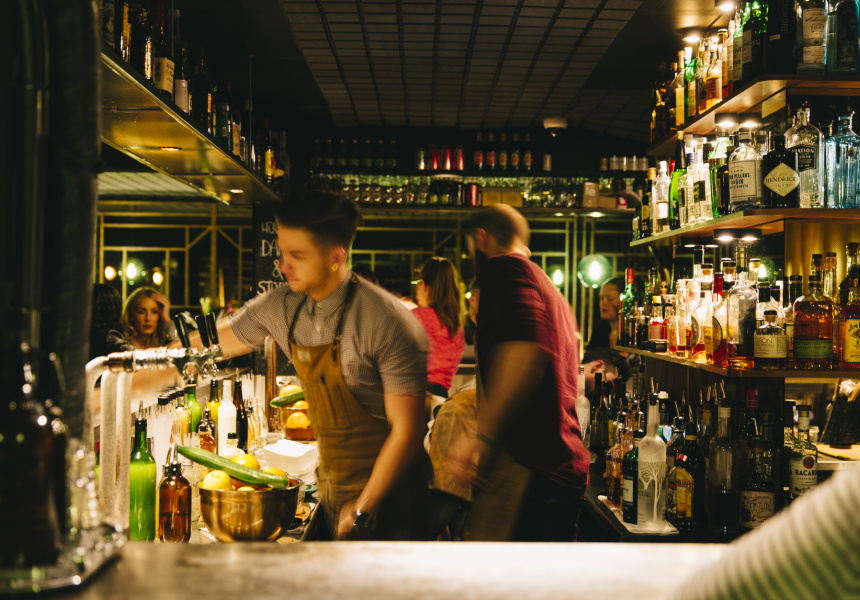 Maybe Mae isn’t the easiest bar to find – it’s hidden in the tunnel between Peel and Leigh Streets. But venture down the stairs next to Bread & Bone and you’ll find the concealed entrance to this 1950s cocktail lounge. Hint: it's behind the timber-clad wall, with no door handle or signage.

Feeling like a suave Bond villain, you’ll be greeted by a bustling crowd vying for a booth and the bartender’s attention.

The cocktail list is frequently changing but favourites include the Bill Murray (Japanese whiskey, apricot brandy, citrus, mint) and Kiwi Herman (vodka, vermouth, kiwi, citrus). Most drinks are created as a result of talking to customers and creating something for their tastes. All syrups are made from freshly juiced fruit and seasonal ingredients are used as much as possible.

The name Maybe Mae is inspired by entertainment icon Mae West and the interior reflects the 1950s femininity and glamour that defined her as the sex symbol of the 20th Century. Green leather booths sit amongst exotic flowers, brass embellished mirrors and a low ceiling that adds to the secret society atmosphere.

Stay a while and it can become hard to remember the time of day or even the decade we’re in.