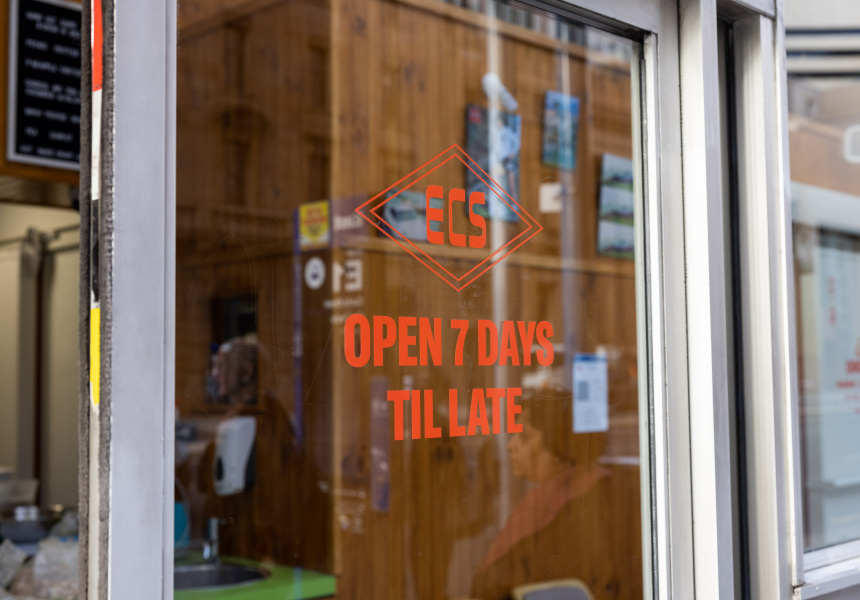 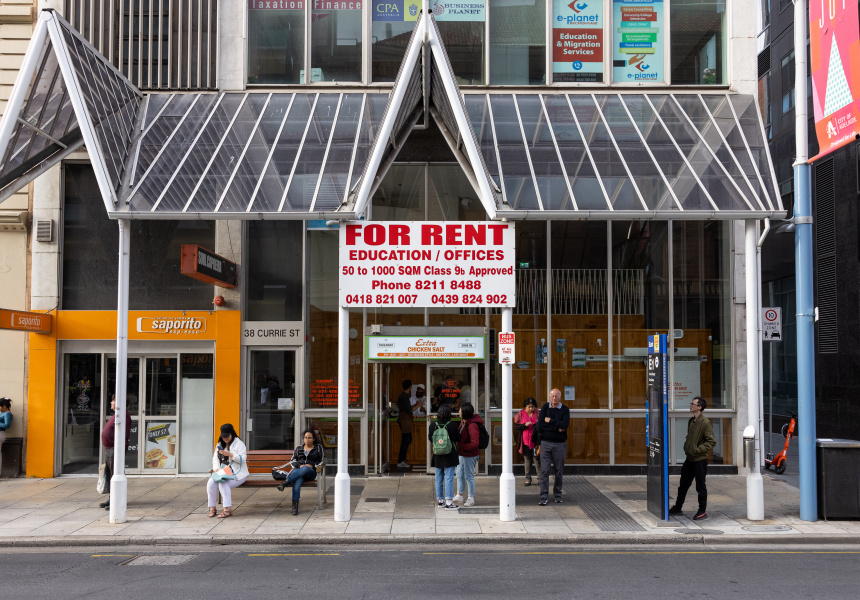 As far as culinary traditions go, that of 1970s Anglo-Australia isn’t considered the greatest. But Peter De Marco – co-owner of new CBD bar, restaurant and takeaway shop Extra Chicken Salt – thinks it should be celebrated. Extra Chicken Salt, his late-night bar and chicken shop on the corner of Peel and Currie Streets, reveres that time in history. De Marco opened it in late 2020 with long-time business partner Phillip Tropeano.

Creating an authentic ’70s food experience meant digging through a lot of old cookbooks. De Marco heads up the kitchen alongside chefs Shane Piercy and Jack Aldridge-Kuhr. They cook the chickens slowly, on a rotisserie, to ensure maximum moisture. And the chips are triple-cooked for the optimum ratio of exterior crunch and interior fluff. You can order your chicken whole or by the half, and it comes served with chips, jus, roast carrots, a cos salad and béarnaise. There's also a range of banquet options, including sides (the classics such as gravy boats, peas and mashed potato), plus entrees or mains.

De Marco and Tropeano have completely embraced ’70s interior design, too. Think disco balls, rattan chairs, animal-print carpets and timber. Lots of it. The space was designed by De Marco himself, with artwork on the walls provided by friend and “art-chitect” James Brown.

A counter facing Currie Street acts as a takeaway shop, with a tighter menu focused on chicken and sides. At night, the bar at the back of the venue comes to life. An extensive drinks list spans wines, spirits, and cocktails (including non-alcoholic options) made with cold-brew coffee and house-made sorbettos (in flavours such as lemon, and coconut and pineapple).