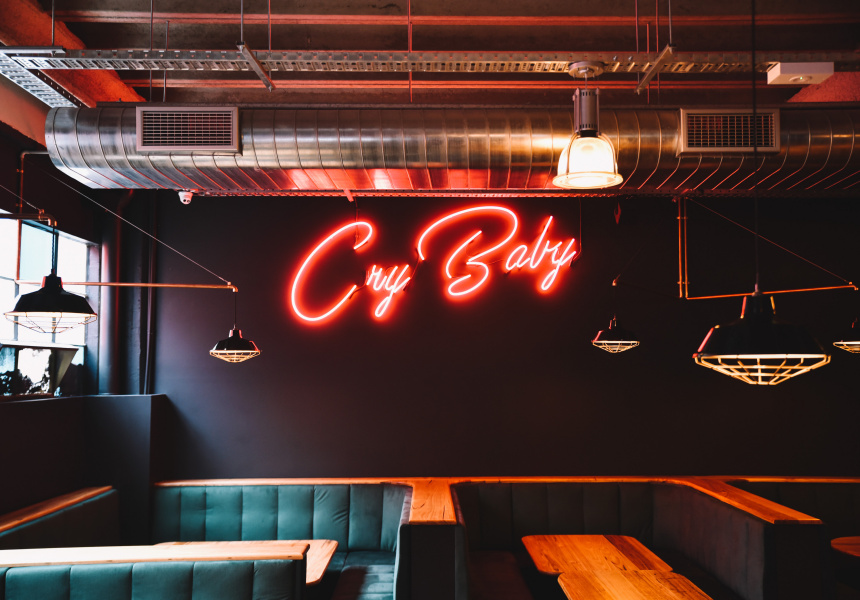 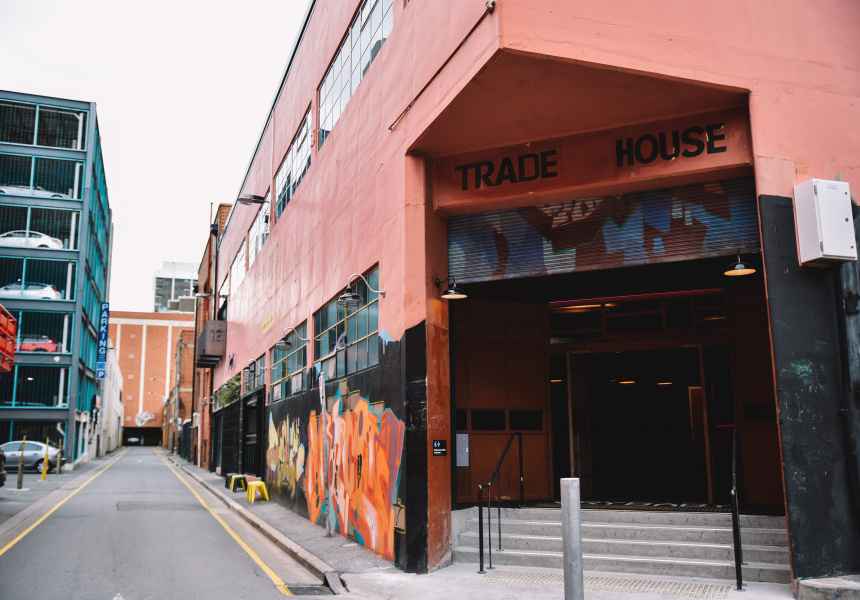 Until 2016 Solomon Street was just another disused West End laneway brimming with potential. Then Sunny’s Pizza and Fairweather happened. Cry Baby, a “polished-up” dive bar, is the last piece of the puzzle.

Chances are owner Jon Di Pinto has poured you a drink or two. He cut his teeth at Jock Zonfrillo’s now-closed Street ADL (which became Bistro Blackwood), Bank Street Social and Hains & Co. Despite a haul of 300-odd bottles of spirits, there’s no set list. Di Pinto bought mostly single bottles, and went bonkers on the tequila and bourbon. The one-page cocktail list is easy to navigate, and stars the house cocktail “London Calling” (gin, sherry and lemon juice), named fittingly after the Clash’s late-’70s classic.

All-Australian craft beers pour from 12 taps; and local vintners Alpha Box & Dice and Down the Rabbit Hole head up the wine list.

Food is fuss-free. Choose from two charcuterie-and-cheese platters: big or small. Or snag an American-style hot dog from the cart.

A strip of pink LED lights wash over the black-and-white-tiled bar. In the so-called “party corner”, strike up a game of pool or throw a few bucks in the original ’72 jukebox. It’s chock-full of rock’n’roll records handpicked by Di Pinto. You might spy the Janis Joplin tune (a Garnet Mimms and the Enchanters cover) the bar’s named after.