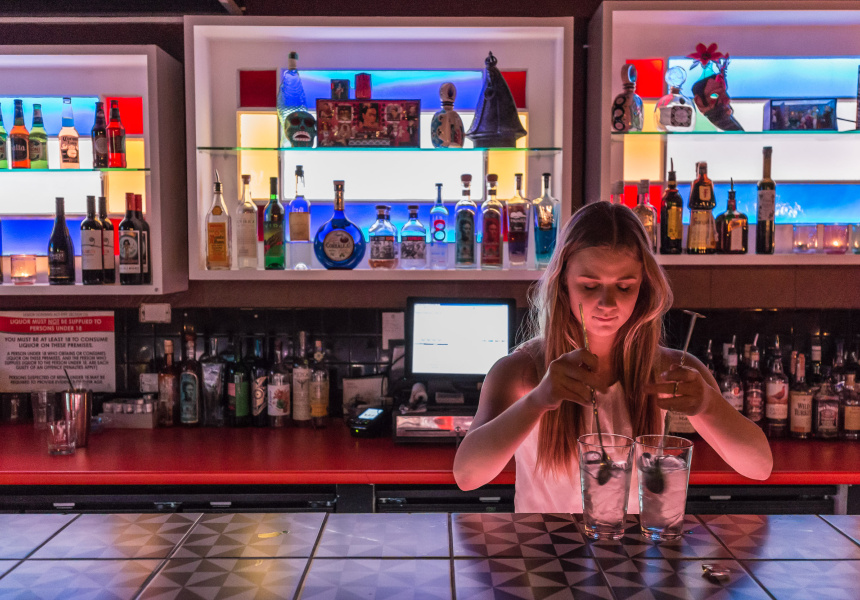 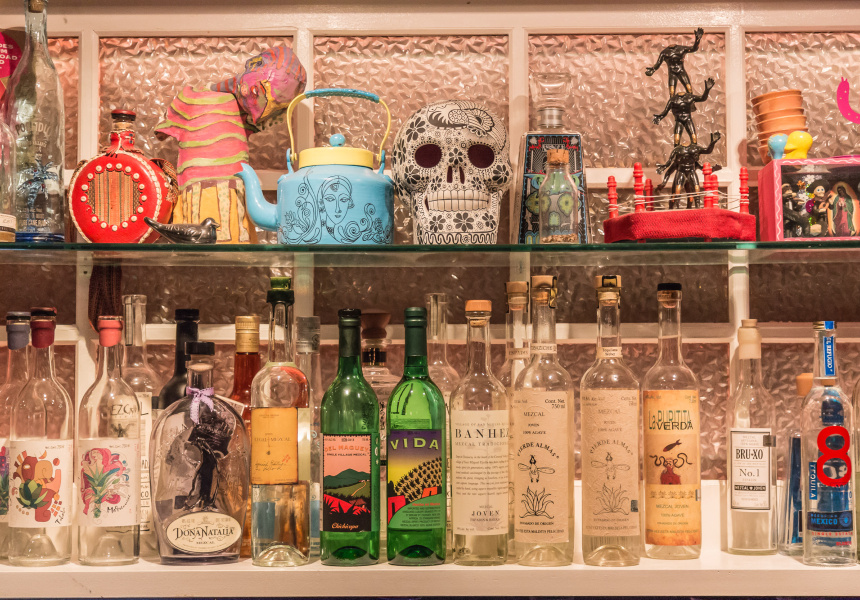 Before it was even conceptualised, Chihuahua had a logo. When a friend gave owner Rosco Stanley a skull and cross bone Chihuahua T-shirt, he knew he wanted to use the design for something else. Five years later, on a Mexican holiday, the bar's concept came together.

Chihuahua is Mexico's largest state and the name suits the small bar with big ideas. The bar's layout reflects the country’s geography. Downstairs represents the south, whimsical with a clash of colours. Upstairs is the darker cowboy country the bar is named after.

The fit-out was completed with market treasures Stanley bought on his holiday, plus 15 mezcals selected after sampling around 120. He’s a fan of the individuality and handcrafted nature of mezcal.

Tequila’s more rustic cousin is made by distilling one of about 50 varieties of the hardy agave plant. The results are typically intense, but its strength lies in its diversity, with every mezcal reflecting its terroir.

While enthusiasts will delight in drinking these mezcals neat (or with a beer chaser, as they do in Mexico), it’s not for everyone. This is where Chihuahua's high-punching cocktails come in. There’s Espresso Martinis, Margaritas and more. The beer and wine lists are fairly extensive, too.

The bar often hosts DJs and other events, so the music changes every other night. You might hear jazz, disco or soul. But chances are, it’ll be upbeat and fun.