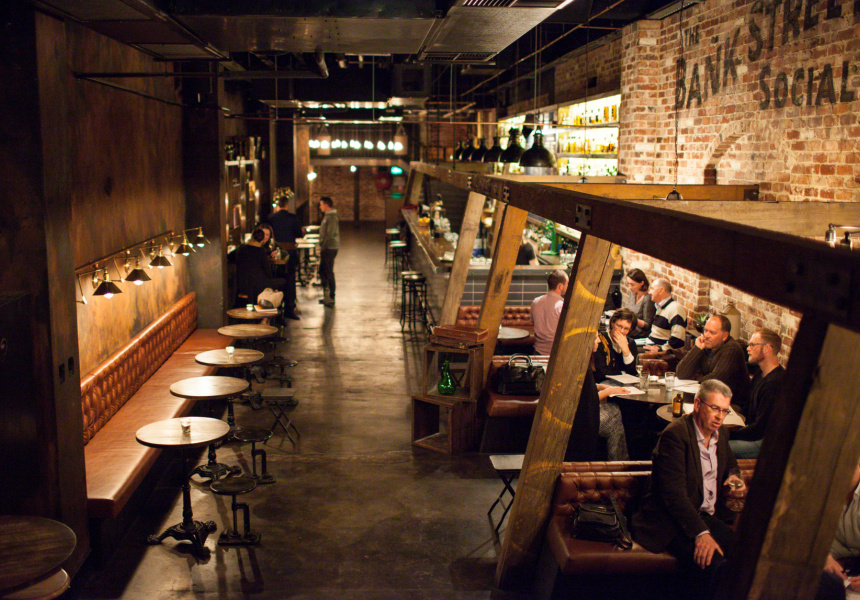 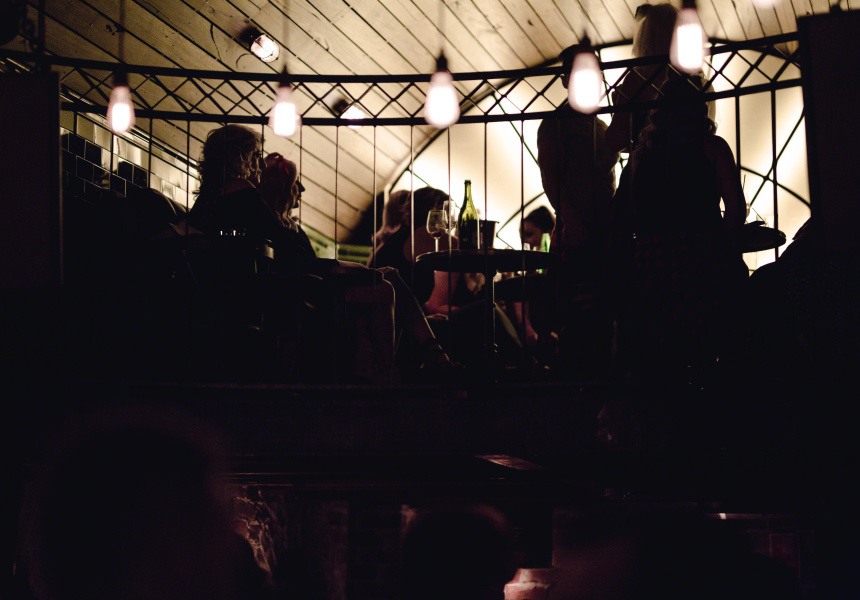 For Bank Street Social’s owners Shaun Campbell and Simon Orders, the toughest part of starting up was having the gall to quit their jobs in medicine and electronics. But, after descending the several flights of stairs into the 200-square-metre space with nearly-five-metre ceilings, you’ll see exactly why they did.

The basement of the former State Bank building opens up TARDIS-style into a seemingly limitless bunker that was inspired by turn-of-the-century New York, with exposed brick, reclaimed timber and soft lighting to offset the size.

The bar’s focus is on South Australian beer, ciders and wines with shelves to the ceiling of Australian gin and whisky, reached via a sliding library ladder. New releases from young local winemakers and brewers are also featured each month.

If you’re after a more mature concoction, Bank Street also offers barrel-aged cocktails such as Negroni, Manhattan and Martinez that are aged for two months in oak barrels made in the Barossa.

Venture below for vinyl DJs on Friday nights and house party beats on Saturdays.