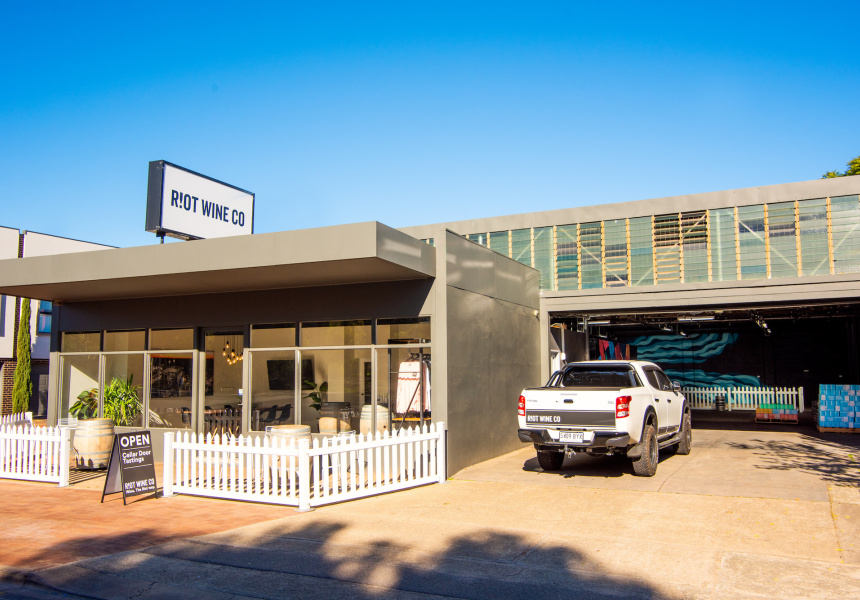 We’re lucky to have some of the country’s most accessible wine regions. But, increasingly, you don’t have to go further than the city fringe to find a cellar door. There’s Ferg’s in Stepney and Oddio in Bowden. In July 2019, Riot Wine Co joined the list, with its cellar door, The Cannery.

The wine label launched in 2016 after the tap-wine boom in the US, says co-founder and winemaker Tommy O’Donnell. Its first release was a rosé – in a stainless-steel keg. The only catch: you had to be at a bar or restaurant to try it. In March 2017 the label started canning its wines, and branched out with a sparkling chardonnay, sav blanc and grenache.

You can sample the entire range at the 12-tap container bar – including all the limited-release, experimental stuff that’s only available at The Cannery. There’s also a riesling, chardonnay, pinot grigio-gris hybrid and rosé. Plus an industry-crossing riesling-pilsner collab with Pirate Life.