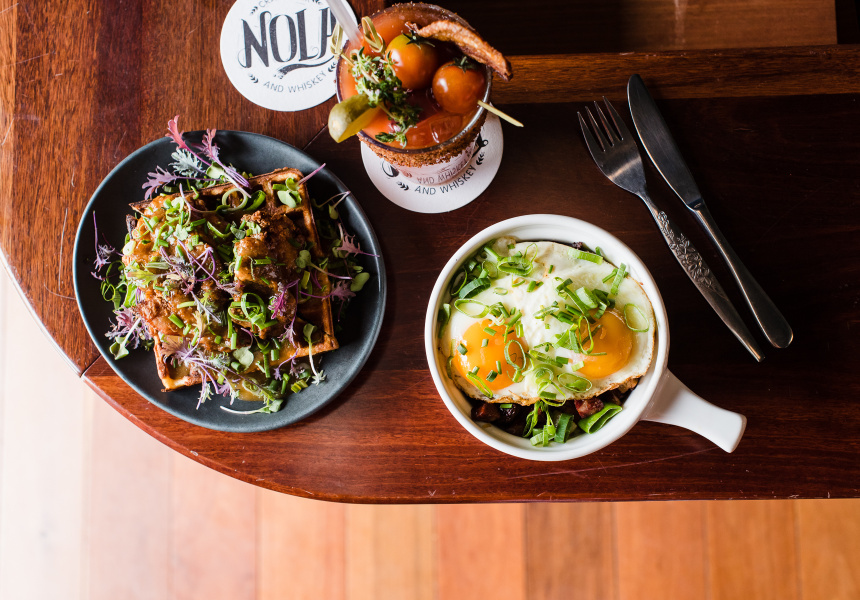 NOLA’s teal archways, bright neon signs and swinging jazz beats are all associated with the New Orleans way of living. The four young owners were inspired after visiting the Louisiana party town.

The venue occupies the former horse stables attached to the Stag Hotel. The horses are long gone but the building’s exposed sandstone remains, adding to the interior’s historic charm.

The bar area is lined with wooden stools; and several booths allow for a social atmosphere.

The drink options are extensive. The shelves are packed with whisky; New Orleans-inspired cocktails abound; and a giant blackboard displays 16 rotating draught beers. A $15,000 Pozible campaign, “Tipping For Taps”, ensured the taps could be bought outright, rather than being locked into a contract with a major brewery.