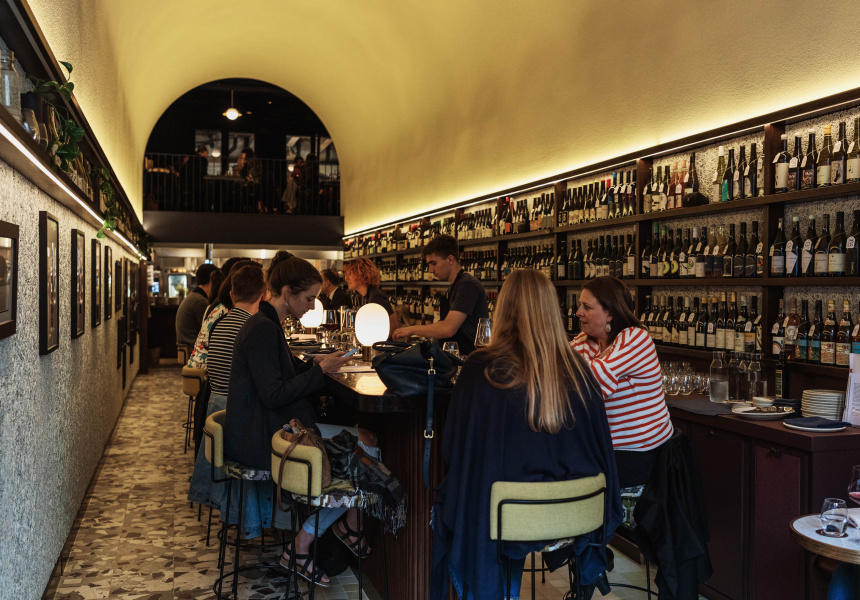 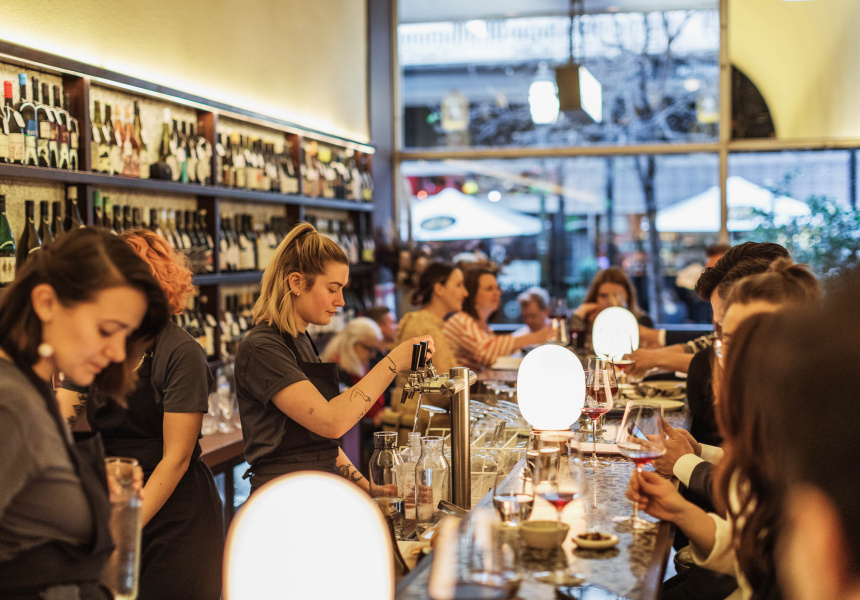 Leigh Street Wine Room (LSWR) is in a space that formerly housed a longstanding city drycleaner – and there’s not a trace of the former tenant. Well, save for the signage outside: a bright light box which beams out the words "dry cleaners".

The rest of the site features a mezzanine, a terrazzo bar and floor, exposed acoustic wall panelling, and – the piece de resistance – a striking, lofty archway that runs the length of the room. It’s the first thing you’ll notice when you walk through the door, until you spot the wall of wine – 400-odd bottles of minimal-intervention drops.

The intimate wine bar is a celebration of the stuff. The huge list homes in on Australian, French and Italian wines, with a healthy contribution from the Adelaide Hills. It's wide-ranging, too, from a $50 house drop to a $600 bottle of Valentini, considered one of the greatest producers in Italy.

Although LSWR’s calling card is wine, if you skip the food you're missing half the fun. In the kitchen is executive chef Peter Orr, who cut his teeth at Michelin-star venues Locanda Locatelli, Rhodes Twenty Four and David Thompson’s Nahm, among others. And later his own restaurant, Robert (named after his father).

Naturally, Orr’s menu is in a constant state of flux. Be he made his mark with initial dishes such as oozy burrata with heritage tomatoes and red-wine dressing; baby-beetroot tart with Persian feta and hazelnut; and Kerwee Wagyu rib eye with star anise-braised carrots.