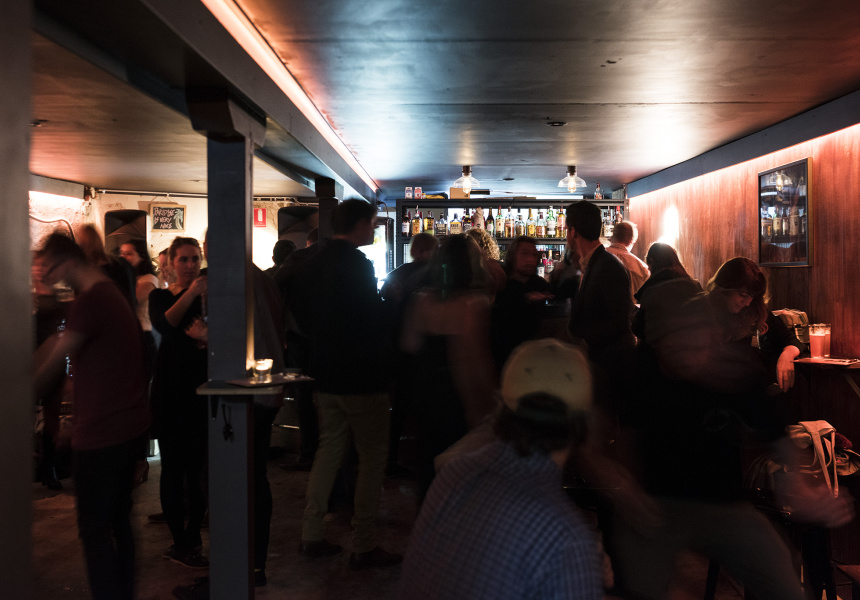 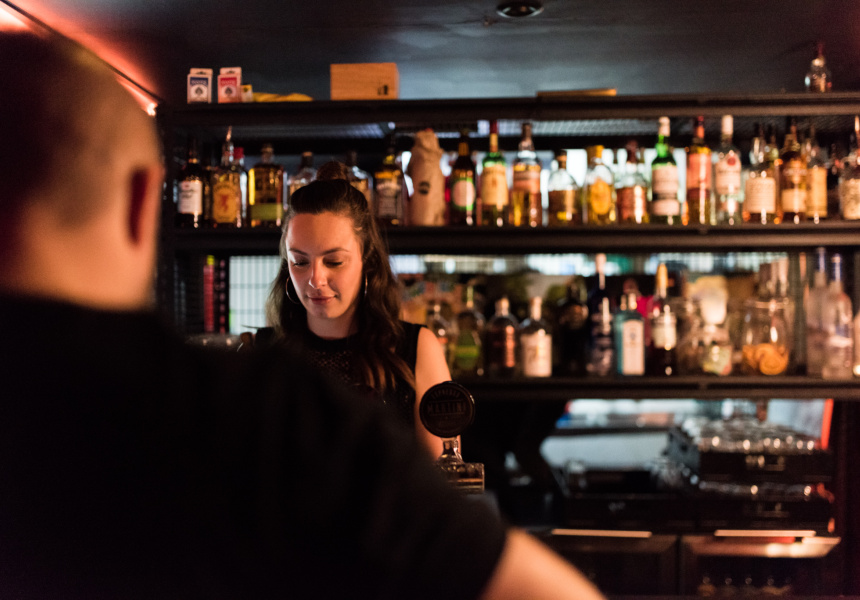 Biggies at Bertram strictly plays vinyl and strictly serves South Australian beer and wine. Apart from those two rules, it’s an easygoing affair. Uber Eats is encouraged as an answer to the absence of a kitchen.

The space was previously a stamp-collecting shop. Husband-and-wife owners Paul and Kay Crozier picked it up through Renew Adelaide in mid 2016. Faced with a white, crumbling basement space with no natural light, the Croziers decided that rather than give the space a complete overhaul, they’d embrace its weathered look and focus on a grungy basement vibe.

Despite the name, Biggies at Bertram has no delusions of grandeur. Every decision keeps in mind the limits of the small space. All cocktails are pre-batched to take pressure off the bar and reduce wait time. That includes espresso Martinis, which are poured on tap; and Boulevardier with double- oaked bourbon, Campari and sweet vermouth, which is poured straight from the barrel. Take Refuge From 2020 on Refreshment Island