Talking Shop With Autopsy of Adelaide

For three years, Scott McCarten has been taking photographs of Adelaide’s abandoned buildings and sharing them on his website. Why does he do it? 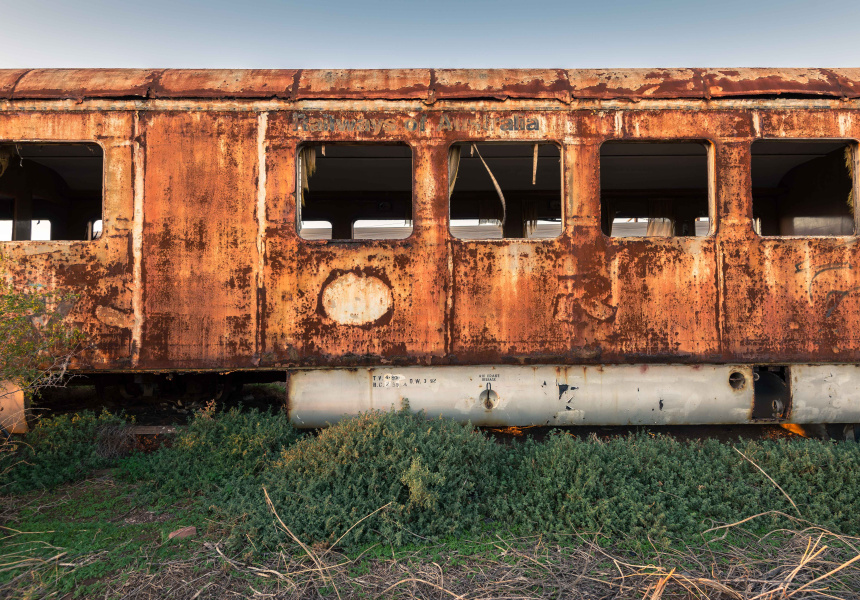 I’ve been fascinated by abandoned buildings for as long as I can remember. Perhaps it was something my parents instilled in me. I remember family camping trips where we’d end up in remote ghost towns exploring the remnants left behind. I have vivid memories of growing up in the Adelaide Hills, riding my BMX down dirt roads to discover and explore abandoned farmhouses.

I wish I’d taken a camera to some of those early locations. It’s only in the past three years that I bought my DSLR and started documenting the places I explore. The majority of my photography is shot with a Nikon D610 and a 14-millimetre wide-angle lens.

Sometimes I use artificial lighting and coloured gels in my photography. Occasionally it’s out of necessity, but often it’s to breathe some life back into these spaces – spaces which occupy a strange half-life between the living and the dead.

Urban exploration, urbex, infiltration – call it what you will. I was exploring before the dawn of the internet – before I even realised there was a name for what I do. I don’t really like labels and being pigeon-holed as an “urbex” photographer. Allocating my interest to a category implies that it belongs to a certain group. For me, my exploring has always been a solo thing and I’ve never really felt part of a group of explorers. However, I do abide by the unwritten urbex code of “take nothing but photographs and leave nothing but footprints”. I’ve seen many a location destroyed by those who follow their own agenda.

I’ve been fortunate to meet some very obliging building owners who have allowed me access to their buildings. I’m grateful for these opportunities. Ninety-nine per cent of the time, I post photographs without recognisable elements, or with cryptic titles. Mostly, I don’t disclose the locations, either. This is partly to protect the location; partly so as to not encourage others; partly because of the research, time and effort I’ve put into finding and exploring the location myself.

When I do name a location, it’s carefully considered and usually based on the fact that it has already been demolished, is in the final stages of redevelopment or is well alarmed and protected.

There are photographs of places I explored three years ago, which I’m yet to publish, because the time isn’t right. Some photographs I’ll never publish. Sometimes this is at the request of the building owner, but more often than not, it’s a personal judgment call to protect the integrity of a space. One of the problems with posting things on social media is the inability to know the motivations of your audience or control its actions.

Exploring used to be something I did out of sheer curiosity. I’m still driven by the sense of awe and wonder which accompanies that first explore of a new location. I want to know who lived here, what their stories were and where they went. I enjoy the nostalgia and melancholy that often accompany those questions. I’m also driven by the personal release offered by photography. It’s a way to channel my artistic energies and inner demons.

But it’s also evolved into something more. Being able to tell the story of a space to a curious public is important. My hope is that my photography connects with people, tells a story, shows a side of my city that most don’t ever see and sparks conversation. A number of the places I’ve photographed are at the end of their life, but an even greater number can still be repurposed, revamped and reused. Often you just need to look past the decay to see the possibilities.

There’s beauty in decay. Sometimes it’s in nature reshaping and reclaiming what was left behind. Other times it’s the legacy left behind by the previous occupants – photographs, letters, notes, clothing, furniture and other personal effects. I feel very close to the story of the people who once occupied a space when these elements are intact. It’s a very raw connection with history, which I enjoy.

As a society, we’re quick to forget. A matter of years, perhaps a generation, and the memory of a location is lost. Many of these places were never photographed internally when they were active, working buildings. I’ve realised that I’m documenting places that are often in their final days, and capturing an historical record. I think it’s important to remember the past and honour the history of these spaces.

Often people contact me to share their memories and stories of these locations. Occasionally that conversation leads to a memory about another location and puts me on the track to my next explore. Other times filmmakers and creatives contact me wondering how to make contact with the building owner for a creative project. I enjoy this aspect of my photography the most: the ability to spark discussion.