So, You Want to Learn to Screen Print

Melbourne’s Home-Work throws some rare workshops at The JamFactory 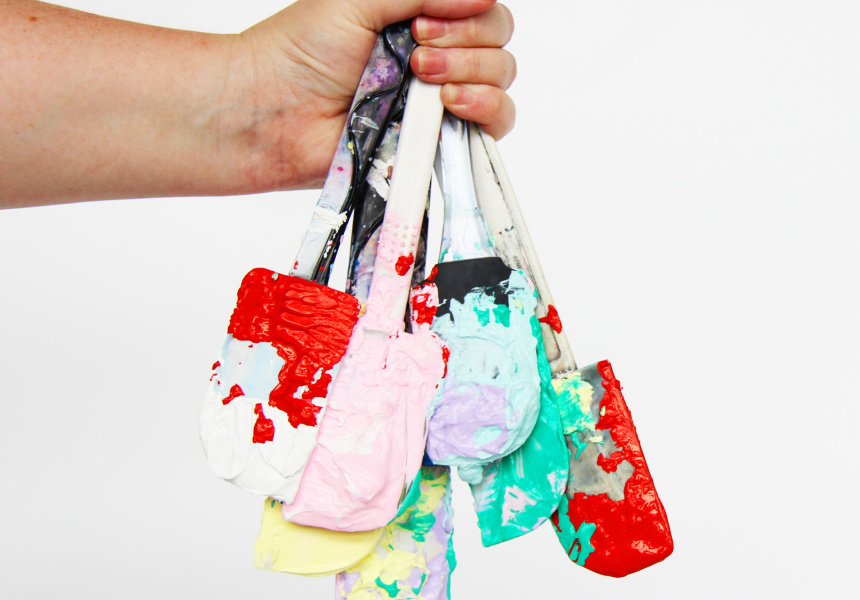 When Melbourne textile designers and screen printers Jess Wright and Lara Davies run classes in their hometown, people travel from interstate to take part. Now, they’re heading for Adelaide to pass on their skills in a limited run of workshops at The JamFactory.

“The first time we presented in Adelaide last year we had three sold-out workshops,” says Davies. “It was really inspiring for us to see the JamFactory set-up. It’s amazing. There’s nothing else like it in Australia.”

The duo behind Melbourne’s Home-Work has more than a decade of screen printing experience. They run classes at the National Gallery of Victoria and have collaborated with Adelaide space and industrial designers Daniel Emma.

“The opportunity to come to Adelaide came about so we re-thought how we could have a travelling class,” says Davies. “We designed a new workshop which is much more portable [because] we work on smaller screens.“

Over a weekend in May, the ladies will run three two-hour classes where beginners can learn the ropes. All materials are provided and participants will produce a set of tea towels with the Home-Work hallmarks of pastels and patterns. Happily, the washing of the screens and general clear-up is all taken care of.

“We thought of all the best bits of our workshops,” says Davies. “They get to think about colour and don’t have to do the boring, laborious side of it.”

Demand for classes is high, and Davies says the appeal certainly isn’t limited to women. “You can screen print on anything and really make it your own. It’s growing and growing. The whole DIY culture of the last 15 years has really encouraged people to skill up and do things for themselves.”