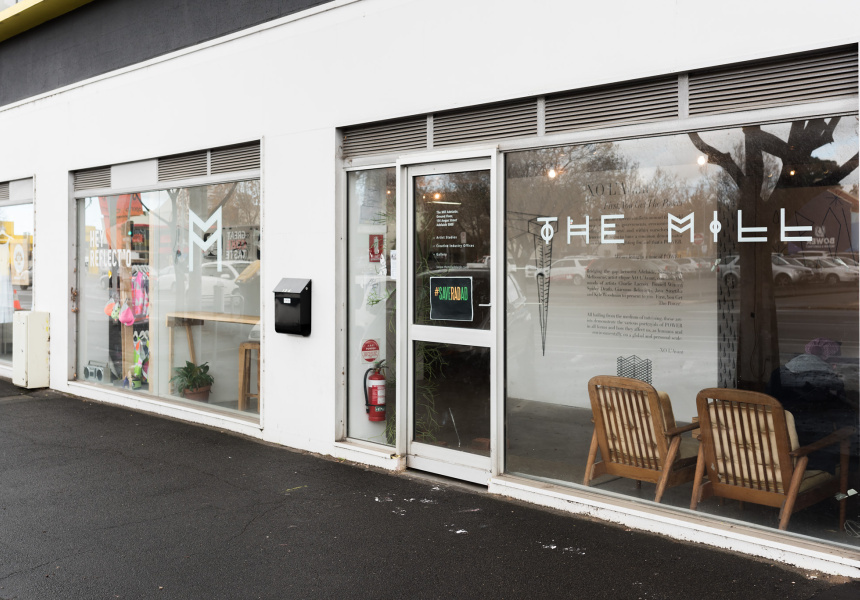 “I honestly believe that Adelaide is the most talented city in Australia,” says Erick E. Watson, co-founder of co-working space Mâché.

“Potential is realised here. The hardest thing to do is find space to work.”

It’s a bold claim, sure, but it could be one of the reasons we’ve seen such a paradigm shift in the working culture of our city in recent years.

There’s been something of a small, beautiful explosion of co-working culture in Adelaide. It’s an attractive alternative for creatives and innovators, or anyone interested in being their own boss.

In a desperate financial climate of funding cuts and manufacturing loss, it’s no surprise people are finding new ways to work. Thanks in part to urban renewal schemes such as Renew Adelaide and a lot of elbow grease, places such as Mâché, DEW, Fontanelle Gallery & Studio, The Mill and Karma and Crow have sprung up all over the city.

“Adelaide’s always had such a resolve and a state pride. If there’s a lack of jobs, people will make jobs for themselves,” Watson says.

According to Daniels Langeberg, co-founder of Mâché, co-working culture benefits from shared resources and collaboration. “The concept of the co-working space is a flat structure, everyone is on the same page,” he says. “It’s getting people who have different practices together to share the experience with one another.”

Amber Cronin, co-founder of The Mill, shares this view. “[At The Mill], we’ve built a community that includes people from 20 to 60 years old, all from different backgrounds, yet they all find a way to work together in this space and outside of that.”

“Say, for example, that Hey Reflect’o needs some pictures taken, [photographer] Che Chorley is just down the hall,” adds Cronin’s partner at The Mill, Erin Fowler.

The Mill itself was born out of the collaborative process; a collision of the visual and performing arts. Earlier this month Fowler and Cronin attended Newcastle festival Critical Animals to discuss collaborative practice and present multi-disciplinary project Atlas, co-commissioned by The Mill and Felicity Arts.

On the other side of the CBD sits Floating Goose, a similar artist-run space designed for co-working and (often noisy) artistic collaboration. There’s also Fontanelle in Bowden and Tooth & Nail in Coromandel Place.

For Andrew Clarke of Floating Goose, it’s a case of the more the merrier. “I think the more places that try to do what we do, the more the co-working culture and arts presence in Adelaide develops,” he says. “It’s a benefit to everyone. All these places are part of a cultural phenomenon.”

Jake Holmes, co-founder of Tooth & Nail, says the collaborative spirit also exists outside of co-working spaces. In fact, it fills the whole city. “Something I feel that is really good in Adelaide is that there’s not really any super competitive thing going. The more studios, the more interesting it becomes, the more fully practicing artists come up and less people move to Melbourne!”

Holmes’s experience with Tooth & Nail allowed him to support and educate Fowler and Cronin when they were signing the lease for The Mill. He even helped the Fontanelle team set up shop.

A step away from the arts, but still deep within the creative communities of Adelaide, is DEW (Drink Eat Work), a co-working space/cafe/bar hybrid on Hindley Street. Owners Elisa Mercurio and Juan Londono had expected mostly artists and designers to take up the booths and were surprised by the interest. Co-working has long been a tradition in the arts, but the proliferation of the culture among non-arts workers is what’s really exciting.

“There’s not one type of person in here,” Mercurio says. “We’ve got not-for-profits, cinematographers, writers; basically anyone that can work with a laptop and a lot of coffee!”

“People don’t depend on big companies anymore,” Londono adds. “They depend on themselves and their own skills.”

There are, of course, things to consider before signing up for a spot in a co-working venue. Fowler warns that these spaces can get a bit rowdy. “If you’re looking for a quiet place to work all the time, or a very specific way of doing things, then it’s probably not for you.”

“When you’re looking in at co-working from the outside, you see it as a desk and wi-fi,” adds Langeberg, “And sure, that’s handy, but is it 220 bucks a month handy? You have to think of all the other aspects, like networking and getting to be around people. There’s comfort and learning in that. Your co-working space is like your second home.” 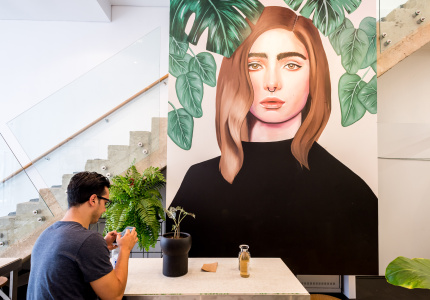